What Is Climate Change?

WHAT IS CLIMATE CHANGE?

Climate change, or global warming, is the rapid rise in temperature of the Earth’s atmosphere and oceans. A combination of factors, most notably the burning of fossil fuels, have released carbon dioxide and other greenhouse gasses into the atmosphere, which act like a blanket by trapping the sun’s heat. 97% of climate scientists are convinced, based upon the evidence, that human actions have warmed the atmosphere and oceans causing our climate to change.

This increase of temperatures is happening faster than plants, animals, and humans can adapt, causing problems around the world and here in Michigan.

Today there is 40% more carbon dioxide in the atmosphere than there was 200 years ago, which has increased temperatures up to 4 degrees Fahrenheit in some regions. While that may not sound like much, this amount of warming has set in motion a series of events that are affecting the stable climate that civilization has relied upon over the past 10,000 years. This increase of temperatures is happening faster than plants, animals, and humans can adapt, causing problems around the world and here in Michigan.

IMPACTS OF A WARMING CLIMATE

Warmer air holds more moisture and is causing more intense and frequent storms,  hurricanes, and catastrophic flooding. Weather patterns are shifting out of the norm, causing warmer temperatures at the Earth’s poles and historic droughts that affect agriculture. Wildfires are increasing in some parts of the world, like the Western U.S., and the season is getting longer. 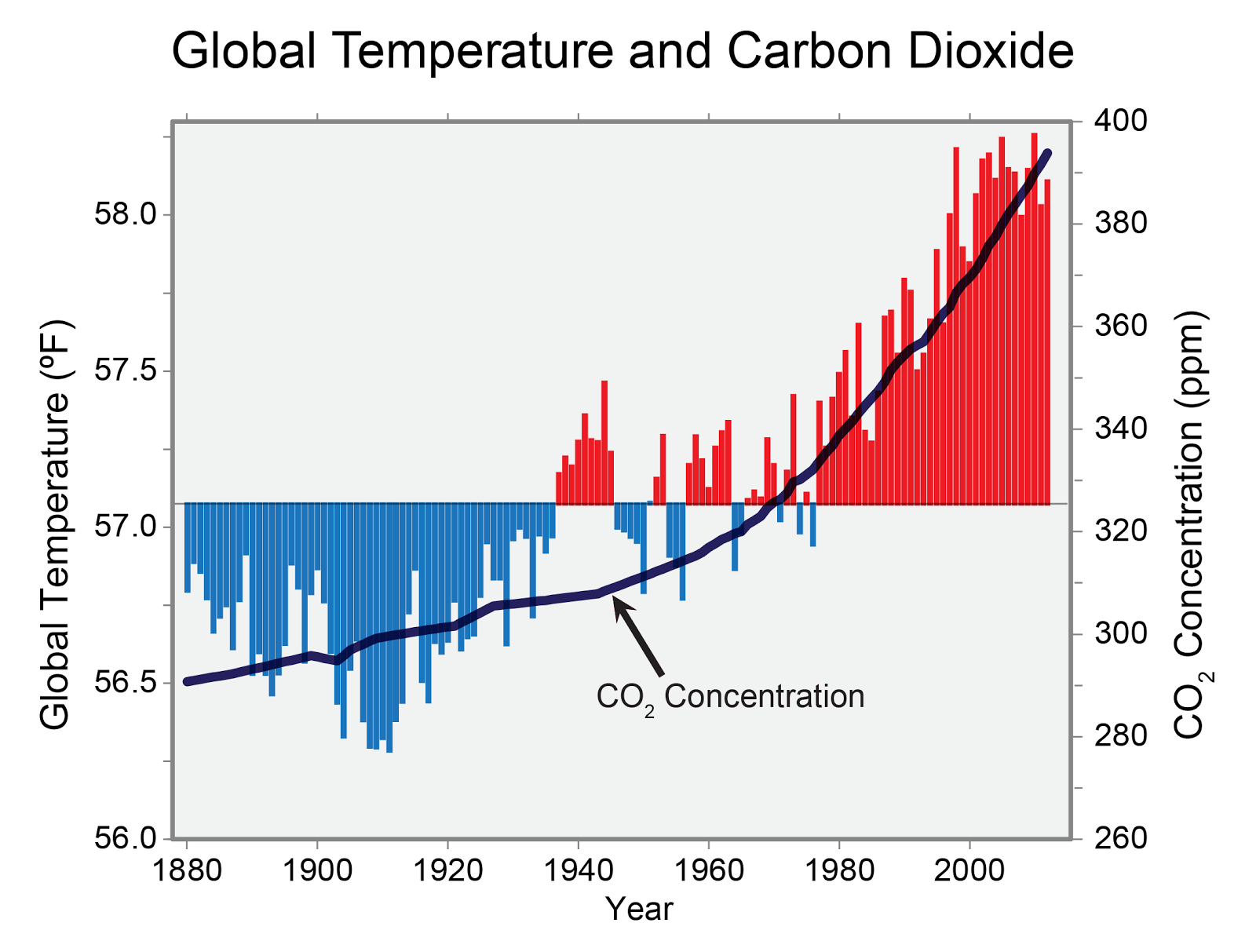 In other parts of the world, rising temperatures are melting polar ice and glaciers at record rates, causing ocean levels to rise, putting coastal communities and entire island nations at risk, and depleting water supplies that many humans and species depend upon. Excess carbon dioxide is also making the world’s oceans more acidic, destroying much of the world’s coral reefs and aquatic life.

A changing climate also affects human health and safety. The damage to homes, farms, and businesses from these impacts is very costly, and the longer we wait to address climate change, the greater the costs in the future.

It is worth noting that the U.S. Department of Defense recognizes climate change as a threat multiplier in unstable regions in the world.

Humans and our reliance on fossil fuels have caused this problem. Every major country around the globe has recognized the threat caused by a warming climate, and most are taking steps to reduce their emissions. Humans also have the solutions.

This threat is already affecting Michigan.

This video does a great job of looking at all the facts behind climate change.

This video from the Pacific Institute for Climate Solutions (PICS) does a good job of looking at the facts surrounding climate change.

This video does a great job of looking at the facts behind climate change.