Michigan and the Midwest region are already experiencing the impacts of climate change. These effects are expected to worsen in the next several decades. This strengthens our resolve to work on solutions to climate change locally.

Extreme rainfall events and flooding have increased during the last century, and scientists predict these trends will continue. Very heavy rain events (the heaviest 1 percent of storms) now drop 31 percent more precipitation in the Midwest than they did 50 years ago. These events are leading to more flooding, erosion, and runoff into our waterways and are declining water quality. More intense storm events are resulting in negative impacts on transportation, agriculture, human health, and infrastructure. 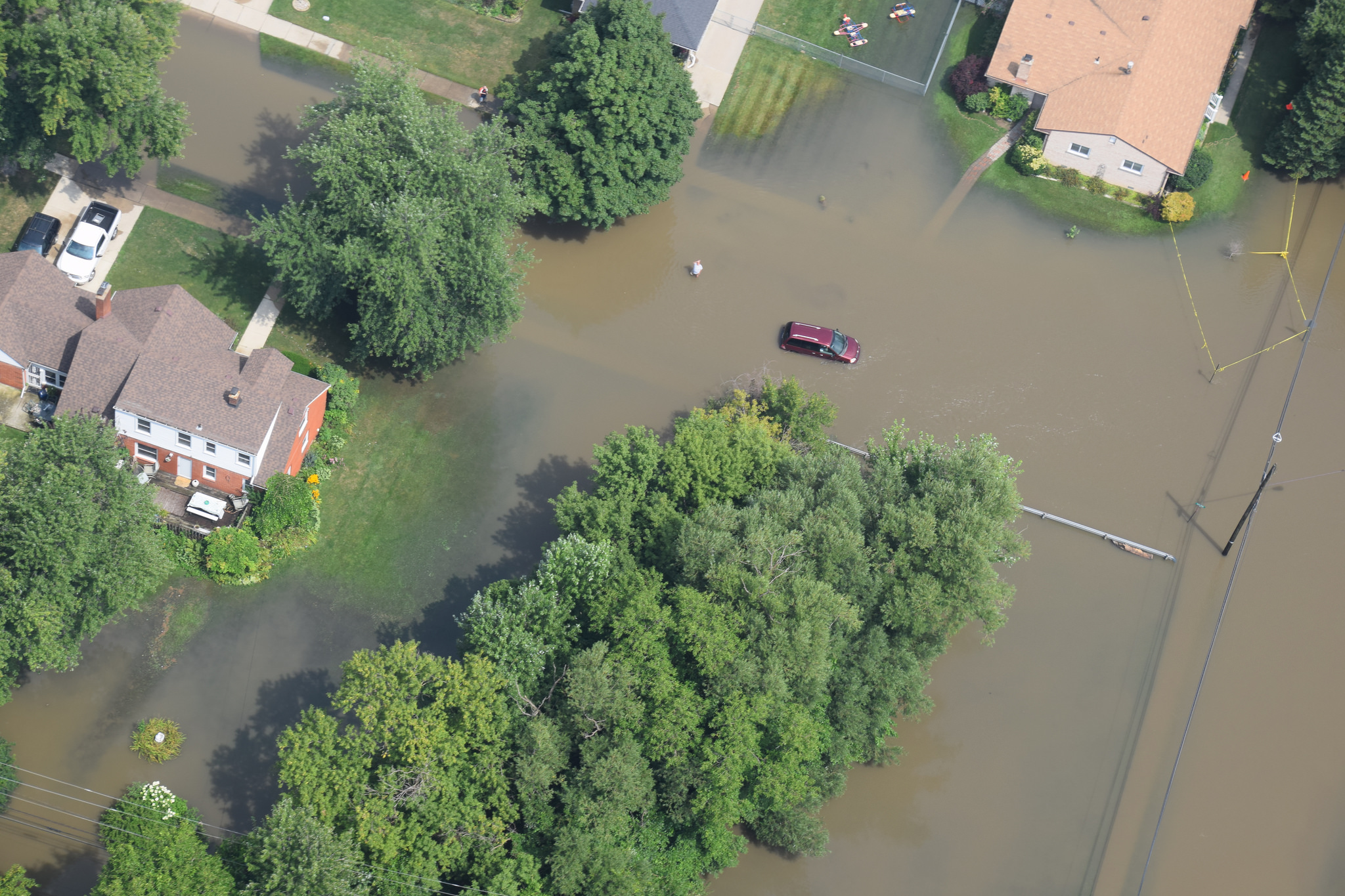 (Michigan State Police Aerial Photography of The Detroit Flood of 2014)

INCREASED RISKS TO THE GREAT LAKES

Climate change is exacerbating a range of threats to the Great Lakes. Heavier rainfall is increasing runoff from farms and cities, which leads to more nitrates, phosphates, E Coli, and other pollutants entering waterways. This pollution contributes to beach closings and algae blooms, like the harmful algae bloom in Lake Erie that shut down Toledo’s drinking water supply in 2014. Increased temperatures have also reduced winter ice cover on the Great Lakes, which may lengthen the commercial navigation system but also may allow more evaporation to occur causing lake levels to decline. Climate change is also changing the range and distribution of certain fish species, allowing more invasive species, and degrading beach health.

Climate change is harmful to the health and well-being of Michiganders, especially to children and senior citizens. In recent years, the number of heat waves has almost tripled compared to the long-term average, resulting in more heat-related deaths and illnesses. Warmer temperatures are making air quality worse, exacerbating allergies with longer pollen seasons, and allowing vector-borne diseases to spread. Increased flooding will increase the risk of water-related illnesses from sewage and septic failures and toxic algal blooms.

A longer growing season may increase agricultural output in some crops, but extreme weather events and other stresses associated with climate change are expected to decrease agricultural productivity overall. For example, cold springtime events can decimate fruit crops, as it did to Michigan’s $60 million tart cherry crop in 2002 and again in 2012. Cold air outbreaks in the spring are projected to continue.

CHANGES TO OUR FORESTS

The composition of the region’s forests is expected to change as rising temperatures drive habitats for many tree species northward. The role of the region's forests as a net absorber of carbon is at risk from disruptions to forest ecosystems, in part due to climate change. Heat stress is impacting some of Michigan's unique tree species and forests, and there is an increase in damaging insect species moving north. These factors are similar to an alarming trend seen across the country and especially out west. Tens of millions of trees have died in the Rocky Mountains over the past 15 years as a result of insects, wildfires, and stress from heat and drought. 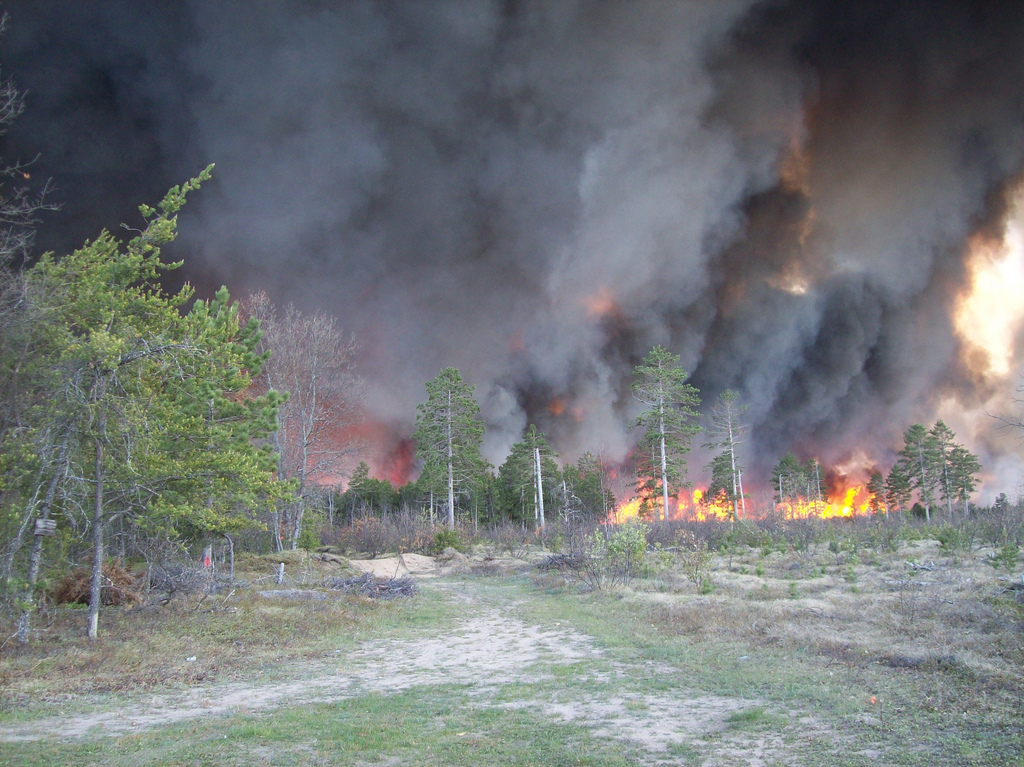 Climate impacts are disproportionately affecting the health, safety and economic stability of low-income and minority communities. People with lower incomes living in urban areas are especially at risk from exposure to extreme heat and are less equipped to recover from extreme weather events that damage their homes and property. A warming climate intensifies allergies, asthma, and other respiratory problems from air pollution, and the sources of are often located near low-income, minority communities.

Michigan and the Midwest rely heavily on the dirtiest fossil fuels like coal to power our state and region. We have a per capita emissions of greenhouse gasses more than 20% higher than the national average. This reliance on fossil fuels also results in pollution and health and economic impacts.

Our reliance on fossil fuels means that our state has great potential to reduce emissions that cause climate change and doing so will provide many other benefits. Shifting to renewable energy in our state could be done in a way that creates 150,000 jobs, saves more than 1,700 lives per year and saves the average Michigander close to $11,000 each year, according to one analysis.

WHAT SHOULD WE DO NOW?

We must act with more urgency now than ever to save our way of life and to leave a habitable world for our children and grandchildren. Humans created the problem. Humans can solve it.

Stay in the loop