MiCAN Petition to Stop the "Tunnel to Oblivion"

MiCAN recently launched a petition in response to Governor Whitmer negotiating a deal with Enbridge to build a tar sands tunnel through Michigan.

On Thursday, May 9, the Michigan Climate Action Network launched a petition to Governor Whitmer to stop negotiations to allow Enbridge to build a Great Lakes oil tunnel. Within just a few short days of its launch, the petition received over 1,000 signatures nationwide from those supporting our message: an oil tunnel would be a climate disaster and a bad deal for our state.

The Governor is negotiating this deal right now. If you haven't signed the petition already, please sign and share.

This proposed oil tunnel has earned the support of national climate leader and award-winning author Bill McKibben, who has brought his mighty voice to amplify our call to action.

In a recent article in the Detroit Free Press, he warns that "a politician who gets something half-right can cause a lot of damage, and that seems to be what’s happening with Michigan Gov. Gretchen Whitmer." 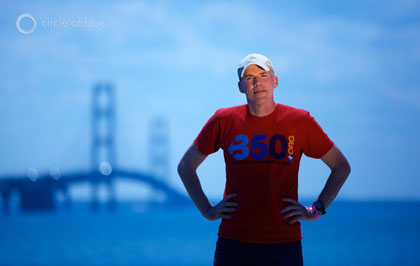 We're honored to have such a prolific environmental champion on our side fighting this deal with Enbridge to build a tar sands tunnel through Michigan.

Join Bill McKibben and hundreds of others by signing our petition to prevent the construction of this "Tunnel to Oblivion," which would only enable Enbridge to continue spilling carbon into the atmosphere every day and endanger our Great Lakes for decades more.