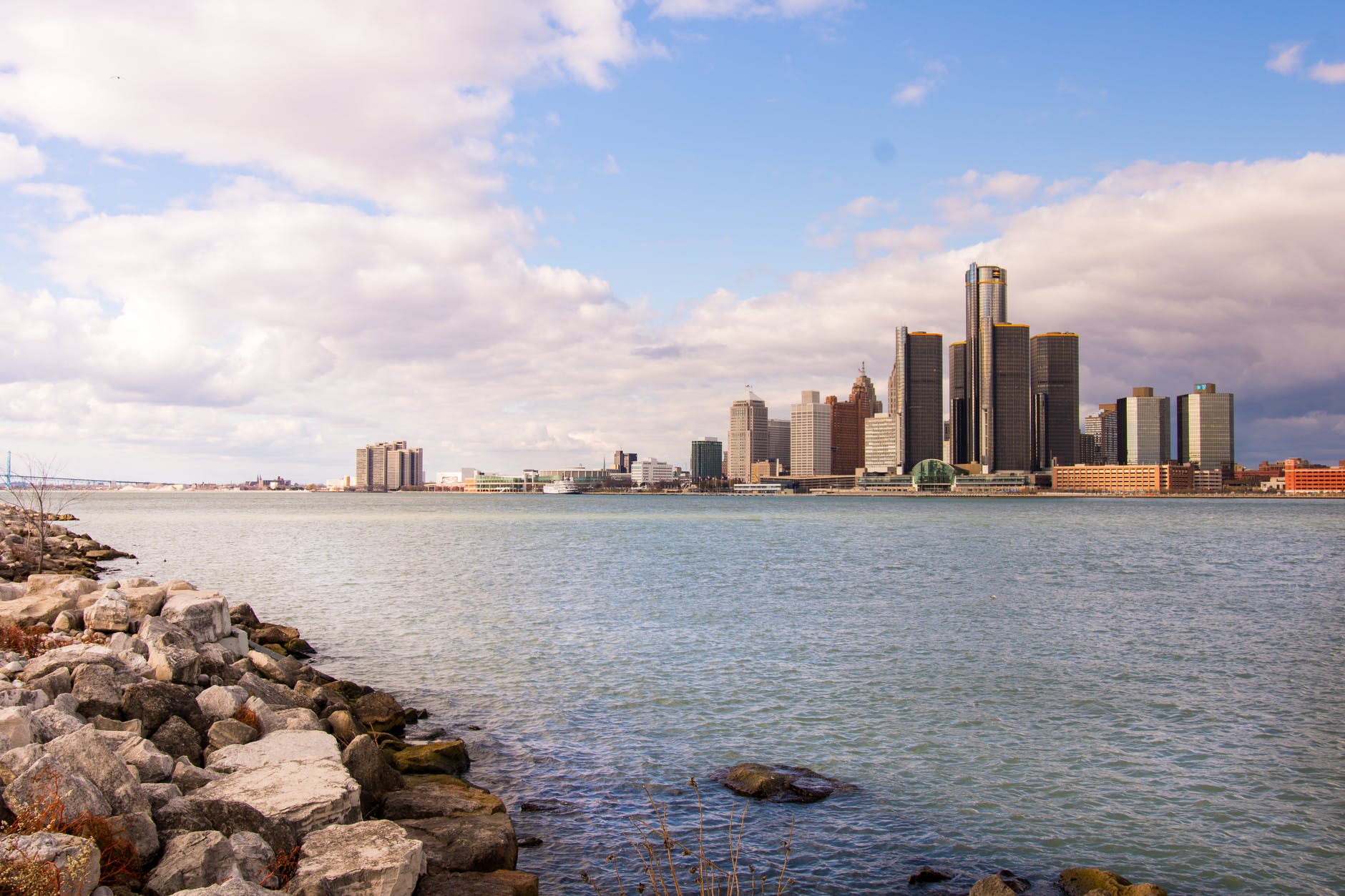 Traverse City, Mich. – Today, the Michigan Climate Action Network and partner organizations released a new report identifying at least 16 Michigan counties, cities and townships that have set carbon neutrality or 100 percent renewable energy goals and the challenges those communities and more across the state face in tackling the climate crisis.

The report comes as the Council on Climate Solutions and the Department of Environment, Great Lakes and Energy work to finalize a MI Healthy Climate plan to achieve Governor Gretchen Whitmer’s goal for the state to be carbon neutral by 2050. The fact that so many communities have been working on their own to address the climate crisis, energy poverty, and environmental injustice demonstrates the need for a statewide strategy.

“Long before we started to see state and federal action on climate, cities were leading the way in moving rapidly off fossil fuels and taking climate action, both in Michigan and around the world,” said Kate Madigan, executive director of the Michigan Climate Action Network. “In many cases, these policies also have created local jobs, reduced energy costs, increased reliability and improved public health by lowering pollution in our air and water. Local climate policies have resulted in real reductions to dangerous pollution, yet to align with international climate goals and reduce emissions to zero by 2050, we need Michigan’s monopoly utilities to get on board with clean energy policies that finally get us off imported coal, oil, and gas.”

In 2011, when Highland Park owed $4 million in electric bills the city reached a settlement with DTE Energy in which two-thirds of the city’s streetlights were not only turned off but also physically removed. Highland Park residents were left in the dark, so they started building solar-powered streetlights owned by the community. Today the community has a plan to be fully powered by locally-owned renewable energy.

“Highland Park is now ground zero for energy democracy with the aspiration of becoming a global model for sustainability and self-determination,” said Shimekia Nichols, executive director of Soulardarity. “Through energy efficiency, rooftop solar, community solar and other renewable energy investments, Highland Park can replace all the electricity purchased by DTE with locally-owned clean power, and residents will never again be left in the dark.”

The Michigan cities with 100% renewable or carbon neutral goals highlighted in the report are: Ann Arbor, Montague, Rockford, Ypsilanti, Traverse City, Petoskey, Detroit, Grand Rapids, East Lansing, Lansing and Jackson. The Michigan townships are Kalamazoo, Meridian, and Shelby (in Oceana County), and the counties are Oakland and Washtenaw.

The report also identified the ingredients of strong local climate policies including:

“Ann Arbor prides itself on being a national leader on climate change, yet one of the greatest challenges facing cities like ours is a disconnect between our timeline (carbon neutral by 2030) and that of outside entities, like our Investor Owned Utility (carbon neutral by 2050),” said Missy Stults, sustainability and innovations director for the City of Ann Arbor. “To achieve our community’s ambitious yet essential carbon neutrality goals, we are exploring all tools in our toolbox, including the creation of a Sustainable Energy Utility to provide robust energy efficiency programs, install rooftop solar and energy storage, geothermal, microgrids in neighborhoods and business districts, and build community solar and energy justice systems. The science is clear, aggressive and immediate action is needed to address the climate crisis and we stand ready to deploy every tool we have to ensure a healthy, safe, equitable, and sustainable future for all.”

"Grand Rapids has a long history of being a leader in environmental sustainability and climate change, and our commitment to this continues," said Annabelle Wilkinson, Environmental and Climate Justice Specialist, City of Grand Rapids Office of Sustainability. “We are on track to cut our city’s greenhouse gas emissions 47% below 2008 levels by 2025, we are working with community partners to equitably decarbonize our community’s building sector, we continue to advocate for more aggressive climate change, greenhouse gas reduction, renewable energy legislation, regulations, and utility commitments, and we are prioritizing environmental and climate justice in all of our work.”

DTE and Consumers Energy’s transition to renewables is much slower than the pace set by the leading cities. DTE and Consumers have committed to reach net-zero carbon emissions by 2050 and 2040 respectively, and Consumers has committed to the positive step of retiring all coal by 2025. However, the utilities’ long-term energy plans, known as an Integrated Resource Plan (IRP), do not reduce pollution fast enough to match the scale of the climate crisis, and they continue to rely on polluting and expensive fossil fuel gas plants for far too long.

“The closure of Consumer Energy’s Campbell coal plant provides Traverse City with the opportunity to move on our 100 percent clean energy goal faster,” said Tim Werner, City Commissioner for Traverse City and board member for Traverse City Light & Power. “While we applaud Consumers Energy for making this choice, the switch from the coal plant to new fossil gas plants doesn’t align with our community’s vision for reducing Michigan’s contribution to climate change. Local communities like ours need the freedom to move quickly to renewable energy sources that will also reduce dangerous pollution in our air and water, protect the Great Lakes and improve the health and safety of residents across the state.”