The test projects involve using cheap materials to store energy as heat and convert it to electricity when needed.

Researchers in Akron, Ohio, are filling silos with sand in hopes it might lead to the next breakthrough in energy storage.

Echogen Power Systems, founded 11 years ago on the principle of capturing heat for energy, is among 10 recipients to receive millions of dollars in Department of Energy funding for long-duration energy storage.

In the Midwest, a team from Michigan State University was also selected. A common theme between the Ohio and Michigan projects: heating up cheap materials to reduce storage costs. 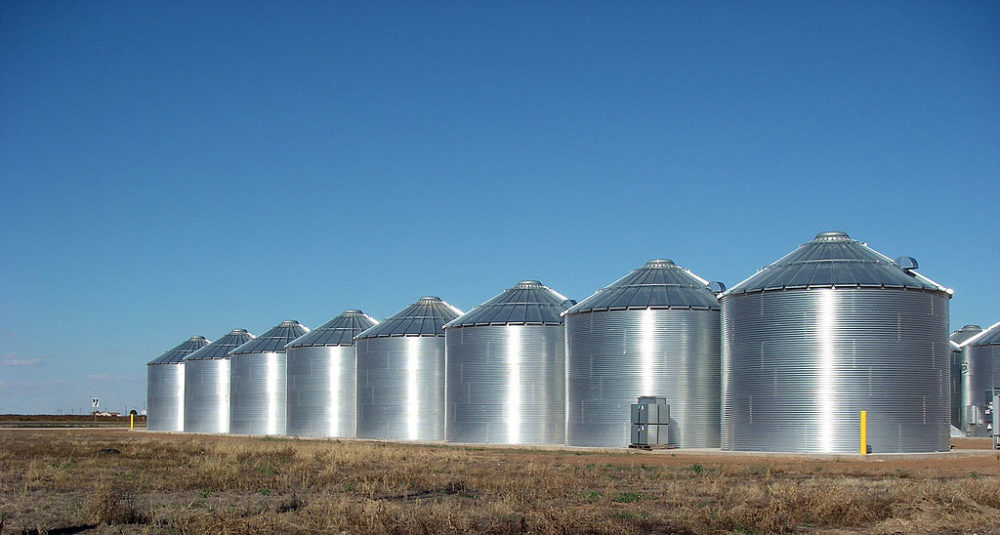 “In order to get a large penetration of renewable energy onto the grid, we really need low-cost and robust forms of energy storage,” said James Klausner, chair of Michigan State University’s Mechanical Engineering Department.

By storing thermal energy in relatively cheap materials, the researchers are looking for a low-cost, long-duration technology to support widespread deployment of renewables.

Echogen received $3 million and MSU received $2 million through a DOE Advanced Research Projects Agency-Energy (ARPA-E) program. The DAYS program focuses on storage for roughly 10 to 100 hours, and projects must also demonstrate a path to commercialization.

The concept of storing energy in materials goes back hundreds of years, he added.

“We can do this at fairly modest temperatures with materials that store thermal energy that are extremely low cost,” Held said.

MSU’s https://msutoday.msu.edu/news/2018/2-million-award-to-reimagine-us-power-grid/?utm_source=weekly-newsletter&utm_medium=email&utm_campaign=standard-promo&utm_content=image&id=c2e76524b7f6ff387b48e0dc64c1a638 uses magnesium manganese oxide as a storage medium. Electricity generated from renewables is run through a heating element to heat up the oxide. Eventually, compressed air reacts with the metal oxide and is expanded through a turbine. The research team is aiming for roughly 10 hours of storage time that can be dispatched in “tens of seconds to minutes” with modular units, Klausner said.

“The value proposition of what we’re doing is it is at a lower cost compared to other forms of storage. We think we can return electricity to the grid at less than 5 cents per kilowatt hour,” Klausner said.

He adds that while the process won’t be as efficient as a battery, it’s cheaper due to the materials used.

Held said the federal funding allowed Echogen to “take concepts and turn them into more detailed models. At the end of the program, we’ll have a great deal more information on the cost and sizing for these pieces of equipment.”

Thermal energy storage is among a variety of technologies being used and researched, from pumped hydroelectric plants to portable lithium ion batteries.

The raw materials in thermal storage are cheaper than in batteries and are meant to last for longer durations, but are less portable. Meanwhile, new pumped storage projects can cost several billion dollars and act as large, centralized power plants. Pumped hydro is also limited by geography and access to water.

“The applications where you can actually do pumped hydro certainly won’t meet the broad needs of the U.S.,” Klausner said. “Our longer-term goal is decentralized projects at lower cost that are more resilient.”

And while conventional batteries fit the distributed generation model, the materials are expensive relative to the capacity, the storage duration is shorter and the materials degrade faster.

“They need to be replaced — that’s a cost,” Held said.

Klausner and Held both resist calling renewable energy storage a “holy grail,” as new technologies are often referred to.

“I don’t know if I’d consider this the holy grail, but not having storage capabilities is a major barrier to the large penetration of renewable energy into the market,” Klausner said.

Questions also remain about how storage will be credited as a resource on the grid, and how it will be dispatched when wind and solar generate intermittently.

“I’ve been to enough solar conferences to recognize that the issues California was dealing with four to five years ago are going to spread with regard to managing renewable penetration,” Held said, adding that utility preparation for renewables-plus-storage is “all over the place.”

But first, the new technology being funded by the federal government will need a path to commercialization.

Held said utilities are a “natural long-term fit” to use the company’s product, but it’s still difficult to identify who will need the product in five to 10 years, especially as power companies manage existing generation assets.

“A significant chunk of funding is set aside for understanding markets,” Held said.

The MSU team is partnering with Dresser-Rand, which manufactures small-scale turbine generators that would “work well with our storage system,” Klausner said. One option would be to let the company take it to the market as a packaged unit.

Klausner estimates it could be two-and-a-half years before a multi-kilowatt demonstration unit is ready. Taking it from a pilot to full-scale could take up to another year.

“If you have something no one else has, it could go to the market right away,” he said, referring to the oncoming need for storage given renewable energy targets like 50 percent by 2040.

“The only way that happens is if you have storage technologies that are robust and pop up in the next 10 year or so,” he said. “In this next 10-year horizon, the race is on.”