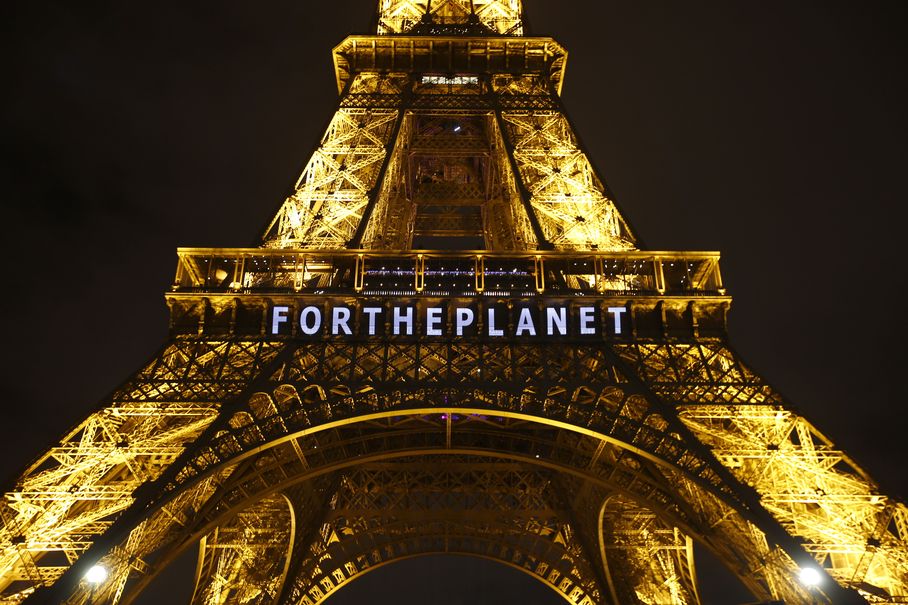 The international climate conference in Paris known as COP21 brought together more heads of state than at any other gathering in history, and for the first time commits nearly every country to lower their greenhouse gas emissions. This marks a turning point for addressing climate change.

“The climate talks in Paris this month have made it clear that action on climate change is a top global priority,” said Kate Madigan of the Michigan Environmental Council, a member group of the Michigan Climate Action Network. “Momentum from events this week will only speed the transition from fossil fuels to clean energy, including here in Michigan. This agreement presents Michigan policymakers with a stark choice: Become a clean energy leader or get left behind in the global transition to sustainable energy.”

Just how quickly to transition to clean energy was an important topic discussed at the climate conference. There was a strong push to set a goal of 100 percent clean energy by 2050, which has growing support among climate scientists as what is needed to avoid the worst consequences of climate change. Stanford University researchers have documented how wind and solar can fill all of Michigan’s energy needs by 2050, while creating jobs and growing our economy. This is also the goal supported by the Michigan Climate Action Network.

“Renewable energy is a booming industry,” said David Holtz of the Sierra Club, another member of the Michigan Climate Action Network. “Solar jobs in the U.S. are growing ten times faster than overall employment growth. Michigan has what it takes to be a leader in the expanding clean energy economy. We can build on the same innovative spirit and skilled workforce that brought the world the automobile.”

“But we need to take bold action now,” Holtz added, “Our legislature will play an important role in deciding whether Michigan leads or gets left behind.”

Michigan’s current energy standard of 10 percent renewables plateaued this year, and the legislature is working on bills to set new renewable and efficiency goals. Madigan added that the energy bills that recently passed out of the House Energy Committee are a step in the right direction, but still fall short of what is needed in Michigan to move forward on clean energy.

The world’s leading business leaders are also working to speed up the transition to clean energy. Microsoft’s Bill Gates and Facebook’s Mark Zuckerberg announced at the Paris talks they are working with a dozen other top business leaders to invest billions of dollars in clean energy. And some 500 institutions with over $3.4 trillion in investments are divesting from fossil fuel companies.

The climate pact reached today includes an agreement to limit global temperature increase to below 2 degrees Celsius (from pre-industrial levels), with an aim of 1.5 degrees, and requires phasing out fossil fuels soon after mid-century. While the plans submitted by countries before the conference would exceed these temperature goals, the agreement reached today requires countries to come back to the table every 5 years with new, more ambitious plans.

The Michigan Climate Action Network is a network of groups and individuals working to build and mobilize a powerful grassroots movement in the Great Lakes state to call for clean energy solutions that will put us on a path to climate stability, resilience and climate justice. We support actions that bring urgency and make progress to slow climate change.

More information is at www.miclimateaction.org.