The unique model would put utility bill savings from solar installation into a fund to help residents cover expenses such as medical bills or college tuition.

Affordable housing and clean energy will intersect at a first-of-its-kind “renter equity” development planned for Detroit.

Hope Village Revitalization, a local community development corporation serving the area in and around Highland Park, is aiming to insulate residents from gentrification by offering subsidized rents and a program in which renters accumulate equity by working around the building. The project will also include a community solar component designed to lessen renters’ utility burden. 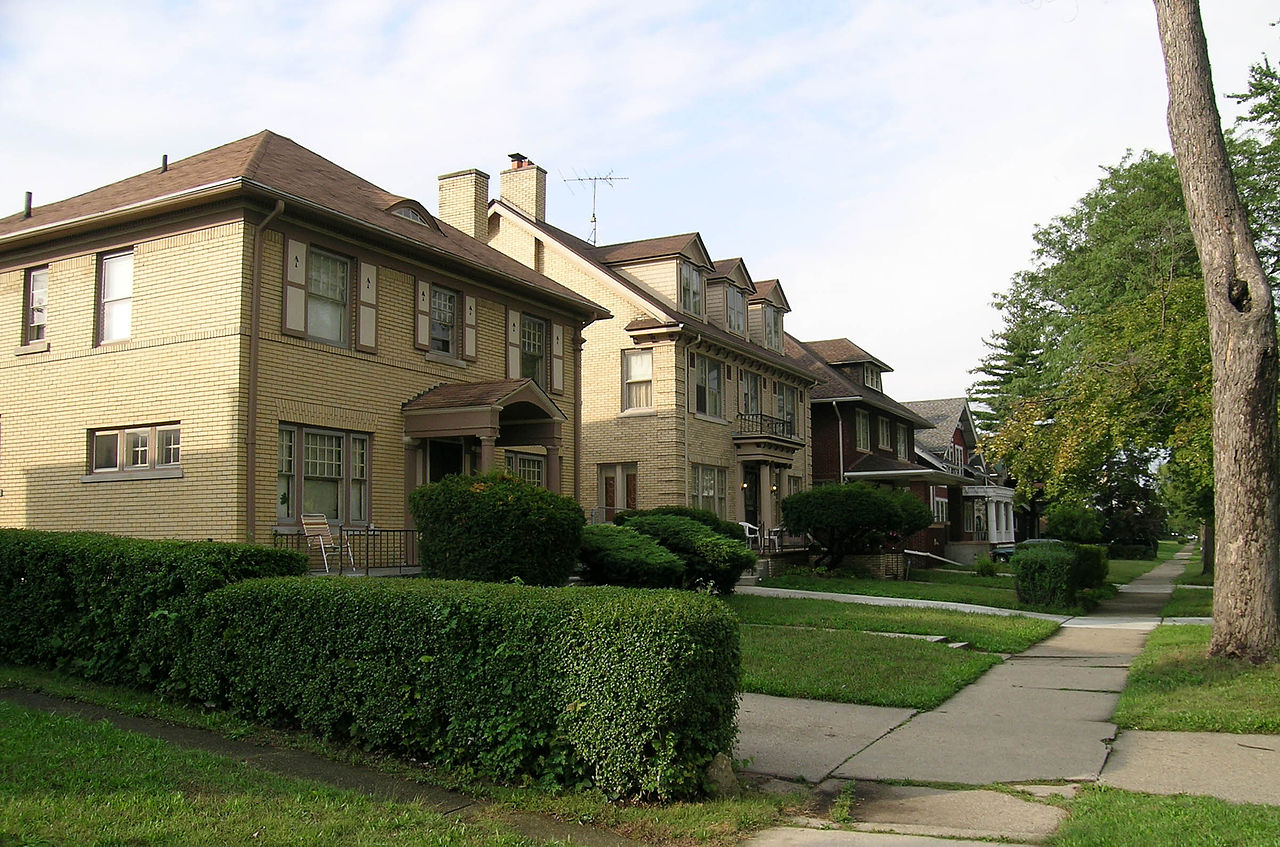 A residential street in Highland Park, Michigan, where rental units make up the overwhelming majority of housing.

“Big picture, we’re really working to bring people here opportunities for sustainability, energy efficiency and renewable energy,” she said. “We’re developing this on the theory that everyone can and should be able to benefit from those things.”

Hope plans to purchase a vacant building in the area, renovate it, and offer 20 to 40 affordable units. Residents will sign five-year leases and earn equity by paying rent on time, attending management meetings, and doing small maintenance or improvement projects around the property, such as sweeping hallways or planting flowers.

Fisher said the goal is to boost renters’ sense of ownership and the building’s quality of life. It would also save management money and help cut down on turnover and other issues associated with renting in low-income areas, which can be expensive. The money that Hope saves will not only keep rents affordable but be pooled to help residents cover other expenses, such as medical bills or sending kids to college.

The median household income in the city of Highland Park is roughly $18,500, according to 2019 figures from the U.S. Census Bureau. The community and surrounding Detroit area holds a housing stock that is about 80% rental units, and residents here can’t absorb steep increases in rent. Fisher said the equity model and low utility burden would “build a hedge against gentrification.”

“We’re interested in seeing renters have access to some of the benefits of real estate ownership, and people being able to have some control and say,” she added. “Most of the folks who live in the neighborhood are renters and as new people move in and rents go up $200 to $300 per month, it’s disastrous for people with low income.”

Meanwhile, the savings generated from powering the building with solar energy would be pooled into a separate pot of money that residents could tap to invest in other solar projects in the neighborhood.

“If you’re in a low-income neighborhood then you don’t get to see many examples of solar, so it’s a matter of community education and showing what’s possible.” - Stephanie Johnson-Cobb, Hope deputy director

Though state law prevents community solar by requiring a meter for each unit in a residential apartment building, an exception allows affordable housing buildings to run off of one meter.

Solar power is especially appealing in Hope’s neighborhood because many renters live in old homes that lack proper insulation, have inefficient furnaces or have other outdated systems that inflate utility bills, said Hope deputy director Stephanie Johnson-Cobb, who grew up nearby. DTE Energy’s rates over the last five years have increased more than most other utilities’ around the country, while residents in urban centers like Detroit and Highland Park deal with long service interruptions.

The stability and lower bills that come with solar could be “game-changing” for nearby families, Johnson-Cobb said, and that could generate interest in clean energy beyond Hope.

“If you’re in a low-income neighborhood then you don’t get to see many examples of solar, so it’s a matter of community education and showing what’s possible,” she said. “It’s about showing how solar can benefit and change the trajectory of a family because they can save money in an area where a high percentage of their income goes to rent, food, and gas and electricity.”

Fisher echoed that, noting that the goal is to show that it “shouldn’t just be people who are higher-income benefiting from clean energy.”

“Clean energy is the way of the future and neighborhoods like ours are just as in need of and desirous of and interested in it as anybody else,” she said.

Hope Village Revitalization is contracting with Highland Park’s Soulardarity to help design the solar component. The clean energy advocacy nonprofit has been trying to implement community solar in Highland Park for several years, and executive director Jackson Koeppel said the Hope development is exciting because they’ve figured out “a model to get around the barriers to doing community solar.”

“Also, the housing security and preservation of affordability, and the integration of housing, environmental justice, and sustainability — all that is good for communities like Hope Village and Highland Park,” he said.

Hope is in the process of conducting a feasibility study and is close to securing funding sources to make the project happen, though there isn’t a firm timeline in place. In the meantime, the nonprofit has rehabbed a two-family flat that it turned into an energy efficiency demonstration house.

It includes a solar array, rain garden, dual flush toilet, heat pump, double-paned windows, energy efficient appliances, bamboo flooring, and water permeable pavers and is on track to be the first rehab in the city of Detroit to be LEED Platinum certified — the rating system’s highest measure of sustainability.

It provides neighborhood residents with an opportunity to tour and “touch feel, understand and see” the energy efficient systems and projects, Johnson-Cobb said. That’s generating interest — so far about 50 residents have used DTE’s low-income assistance program to fund new energy efficiency projects and the “decrease in energy bills helps them put more food on the table,” Johnson-Cobb said.

The story appeared in Midwest Energy News. Republished with permission.