Programs should recognize realities faced by Black Americans and other minorities, advocates add.

Energy efficiency programs and renewable energy can help address some of the disparities African Americans and other minorities face from fossil fuels, advocates say. But just any clean energy program won’t do.

“We know that communities of color are significantly underrepresented, particularly in places where critical decisions are made,” said Fisayo Fadelu, chief financial officer and general counsel for Pecan Street Inc., a clean energy and water research and development firm in Austin, Texas. For her and others, that lack of representation has reinforced some of the existing disparities and perhaps even hampered some clean energy solutions. 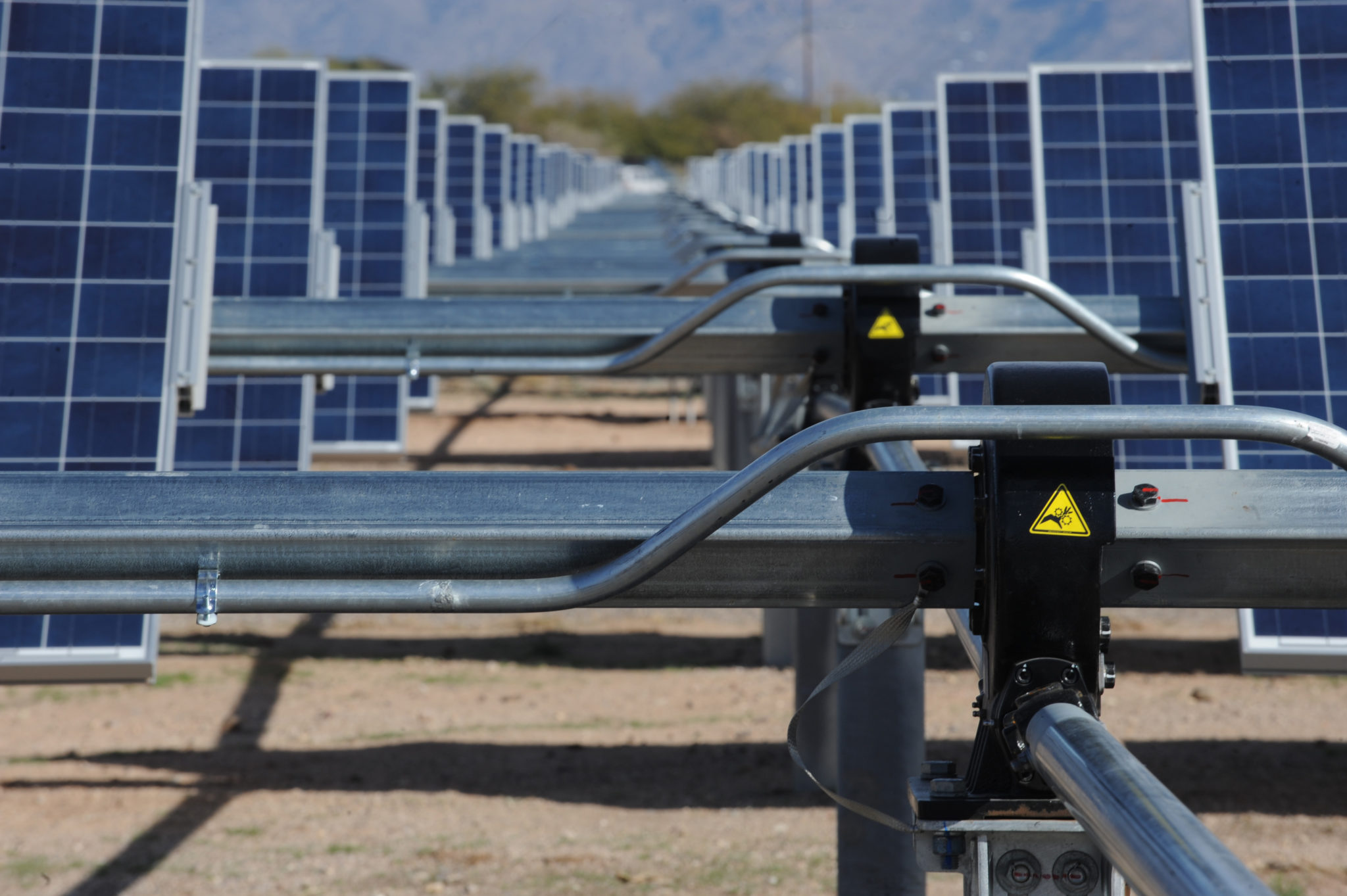 Low-income households and those led by people of color already have higher energy burdens than their more well-to-do counterparts. A bigger share of their incomes goes to meet basic energy needs, and those costs are even higher when people live in low-income housing that isn’t energy efficient.

Bringing low-income housing up to the energy efficiency level of the average U.S. home could cut down on about a third of the extra bite for low-income households, a 2016 ACEEE report found.

Energy efficiency improvements would push that up to 42% for African American households. And energy efficiency could eliminate about two-thirds of the extra energy burden for Latino households, the report said.

Ohio law still authorizes low-income energy efficiency programs, even after House Bill 6 otherwise gutted the state’s energy efficiency and renewable portfolio standards last year. And Ohio community service agencies have generally met or exceeded their targets for completing weatherization projects, said Dave Rinebholt, executive director of Ohio Partners for Affordable Energy. However, in the past there was a bias in favor of owner-occupied, single-family homes.

“So there was probably an inherent racial bias there, because white people are more likely to own their own homes,” Rinebolt said. More recently, however, the federal program has waived landlord contributions. “Now the program is blind as to whether it’s a rental unit or owner-occupied.”

And roughly a third of the projects now done in Ohio are for multifamily units, Rinebolt added. Although the extent of savings is less than for a whole house, projects can save occupants an average of roughly $120 per year over the course of 10 years, he said.

“In Ohio definitely we need to keep those weatherization programs in place and try to get them to the people that most need them,” Drehobl said. Other states have often fallen short of their targets, she said.

Moreover, federal budget cuts have sometimes slowed the program’s momentum. That includes some slowdowns during the Obama administration, along with multiple proposals by the Trump administration that would have gutted the program.

The COVID-19 pandemic has further complicated matters. Shutdowns and shelter orders have halted or slowed many projects this year.

Meanwhile, more people will almost certainly need help due to unemployment during the coronavirus pandemic and as utility moratoriums on shut-offs begin to end, Drehobl noted. Expansion of weatherization programs plus more bill payment assistance could help in the short term, she said.

“Communities of color have a huge stake in energy and in society’s collective enjoyment of life, but their voices are underrepresented and not frequently heard,” Fadelu said. Failure to account for those perspectives can sometimes miss the mark when it comes to correcting disparities.

For example, some consumer groups have suggested shifting funds away from weatherization programs in order to provide other assistance during the pandemic. That kind of suggestion is misguided, said Jacqui Patterson, senior director for the NAACP’s Environmental & Climate Justice Program.

For her and other racial justice advocates, energy efficiency does more than lower electricity and heating bills. It also helps people avoid health problems linked to living in unhealthy homes, while cutting down on pollution.

Patterson told of one grandmother who said she would gladly pay more each month to support energy efficiency programs if it could help keep her grandbaby out of the hospital. “That’s the kind of reality that we’re looking at,” Patterson said.

“Why not find other ways to bring more funds in?” Rinebolt said. Too often people talk about a dichotomy of choosing between one thing or another when it comes to meeting the needs of low-income customers, he said. “Why can’t we have all of it, rather than having to pick and choose?”

Even some energy efficiency programs don’t fit the realities faced by many people of color.

“Many of the opportunities to improve energy efficiency are connected to rebates [after purchase, manufacturer, tax] and loans,” said Tony Reames, who heads the Urban Energy Justice Lab at the University of Michigan in Ann Arbor. “For various reasons these options are unattainable, particularly for low-income Black households.”

“Rebates aren’t necessarily going to help if you still have to pay the rest of that cost,” Drehobl agreed. Faced with more difficulty getting credit and less overall wealth, many people of color with lower incomes forestall any appliance purchases until absolutely necessary, she noted. And many renters may not have much choice over the types of appliances they have.

“We need to be more strategic and geographic in how we implement our energy efficiency programs,” Reames added.

One of his studies used statistical modeling and census block data to show that areas with lower median incomes, more households living in poverty, a higher percentage of racial and ethnic minority heads of household, and more adults with less than a high school education had, on average, less energy efficient homes, as gauged by higher residential heating costs. The report, based on data from Kansas City, Missouri, was in Energy Policy in 2016.

That and other work suggests that a neighborhood approach to energy efficiency could help, Reames said. For one thing, energy efficiency work might itself be more efficient if contractors do multiple jobs in the same area. After all, if one home on a block of similar buildings has problems, he said, “it’s likely that House B next door is also inefficient.”

Beyond that, a cluster of energy efficiency jobs could help improve the general area beyond just energy bills. “Then you bring that neighborhood up,” Reames said.

Community solar projects can also help, Patterson said, pointing to the NAACP’s Solar Equity Initiative. Ideally, projects in areas with people of color can provide local jobs for the community. She especially favors projects where people in a community can have an ownership interest in solar energy, which can also be paired with energy storage.

That way, Patterson said, residents can not only lower their electric bills, but they can also reduce their dependence on fossil fuel energy. And the community solar project wouldn’t be driven by the same profit motive many fossil fuel companies have, where they seek to maximize benefits for shareholders, rather than ratepayers.

In any case, Fadelu said, “it’s important not to presume your understanding of the needs and priorities of people of color.” Rather, clean energy programs should be “designed with direct input from and engagement with communities of color. … Inclusiveness is critical.”

For her, that means listening to what people in a community need, versus talking about clean energy in the abstract, which “may not be relatable to people who have more immediate and pressing needs.”

“When you explain the issue in the context of affordable housing, I think everyone can understand how energy efficiency can help lower total household energy costs,” Fadelu said.

Talking about health benefits from energy efficiency and renewable energy can also help people look forward to better air quality indoors and outdoors, as well as a better quality of life, she said.

“It speaks more directly to the present needs … that need to be addressed to close the gap,” Fadelu said.

Kathi is the author of 25 books and more than 600 articles and writes often on science and policy issues. In addition to her journalism career, Kathi is an alumna of Harvard Law School and has spent 15 years practicing law. She is a member of the Society of Environmental Journalists and the National Association of Science Writers. Kathi covers the state of Ohio.