“It’s as pivotal a moment as when we went from horses to cars,” says first-term state Sen. Mallory McMorrow.

McMorrow, a first-term lawmaker who represents metro Detroit, purchased a Chevrolet Bolt last January but regularly finds herself in a bind when needing a charge.

This unreliable infrastructure is helping drive McMorrow’s latest efforts in the Legislature to promote and incentivize electric vehicle charging stations. 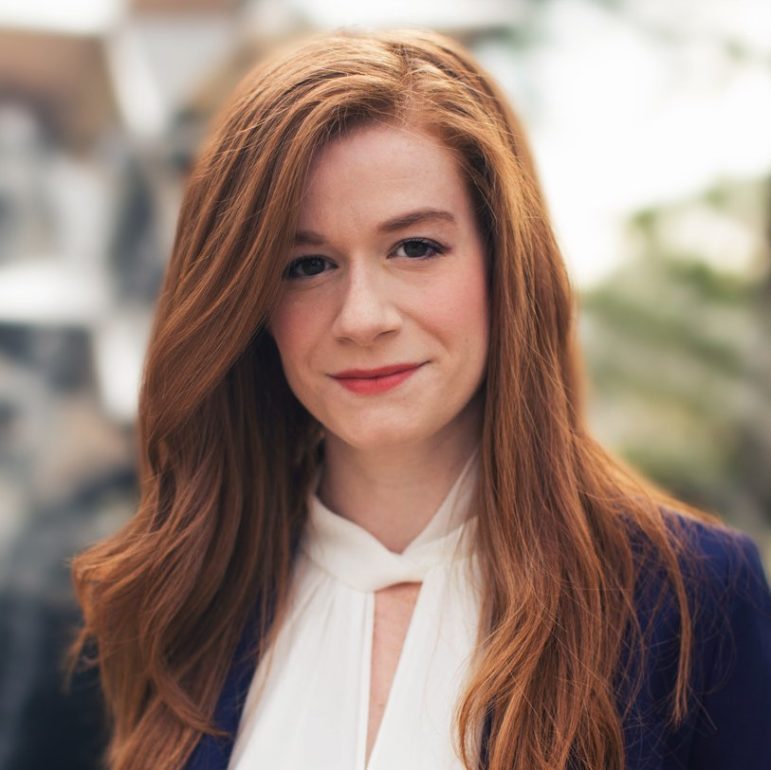 McMorrow, a Democrat, is leading a bipartisan four-bill package in the Senate and House that would promote electric vehicle charging station leasing at state parks and carpool sites, give tax credits to small businesses and owners of multi-unit dwellings who install stations, and create an electric vehicle infrastructure council to guide the process. The bills were introduced in late June.

In a Q&A with the Energy News Network, McMorrow said preparing for the transition to electric vehicles is not only a climate issue, but also one that can keep Michigan economically competitive. The interview has been edited for length and clarity.

Q: Why is electric vehicle policy a priority of yours?

A: It’s a huge passion for me representing a district in metro Detroit, and how we position our signature industry to continue to be on the forefront for economic development, employment, and talent attraction and retention. It’s changing more rapidly than we’ve ever seen before. It’s as pivotal a moment as when we went from horses to cars.

If we don’t evolve and change to keep up with the industry, we’ll get left behind. We’re seeing Silicon Valley companies getting involved, and China. We have the design, engineering and manufacturing, but we have to put the infrastructure in place. What good is it if we can design, build and sell [electric vehicles] but we can’t drive them around the state?

A: I really think it is. As an industrial designer, I test things. I bought an [all-electric] Chevrolet Bolt last January. For the last year and a half, I’ve been a guinea pig, and have had some misadventures in charging. That includes coming across broken stations, or cars parked there, having chargers mis-marked on maps.

I think we’re still in the early-adoption phase now — people who are buying into electric vehicles are a little more forgiving and are willing to be adventurous and have patience with trial and error. I would like to see our industry pivot to where this can be a primary vehicle for the average person and not just early adventurers.

Q: How often are you having these misadventures?

A: At least once a week. The car I have is rated to get 239 miles of range, which changes depending on the weather. When the weather is good, I can get to Lansing and back. But it drops to 180 miles in the winter, and I don’t have a Level 2 charger at home. I rely really heavily on public chargers, and run into an issue almost every week.

Q: Can the state play a larger role in other barriers to adoption, such as cost compared to gasoline-powered vehicles and customer education?

A: I think so. If you look at our package of bills, one of the things we included was a bill to incentivize small businesses and multi-family dwellings to install chargers. We wanted to integrate that bill as part of the package.

We need a real shift in habit right now. As technology improves it will get better, but even with the fastest level charger you’re probably sitting 45 minutes to an hour for a charge. It’s not the same experience as driving to a gas station. In thinking about easing that transition, small businesses throughout the state where people are already used to spending a little bit of time can help ease that transition.

My grand idea around the package of bills is to get Michigan to be the first fully networked state in the country. I would hope it would give people confidence to get around the state and be more willing to take a chance on a new car.

Q: What do you envision a “fully networked” state looks like?

A: It just means the availability of fast chargers — level 2 or 3 — across the state. In conversations I’ve had with a small energy company in Wisconsin that serves the Upper Peninsula, they have customers who are clamoring to try out electric vehicle charging stations, and say the U.P. doesn’t want to get left behind. We have some density in southeastern Michigan, but [charging] has been planned ad hoc, not as a network.

Q: Have you gotten a response from utilities on the legislation, and how do you gain their support?

A: They have been very supportive so far. Clearly we didn’t let them write the bills — we took the lead on this. It took six months because there isn’t really model legislation out there. But I believe [utilities] will be supportive.

Q: What is the thinking behind placing chargers at state parks, harbors and park-and-ride carpooling sites?

A: The idea behind state parks is a combination of industry and environmentalism. I’ve worked in the media and advertising, and the Pure Michigan campaign is one of the most successful state tourism campaigns of all time. The state parks bill is sponsored by Republicans in the House and Senate. There’s tons of excitement about how much this makes sense. It allows a state park to lease out a space and collect that revenue to go back to the state parks system. It’s a real natural marriage and allows for a new revenue source to support state parks.

The state’s carpool lots, or park-and-rides, are owned and operated by the Michigan Department of Transportation and are placed throughout the state. Considering it’s a very natural place where people are parking and congregating, our bills have language to allow chargers to be placed there. The revenue collected could go back to MDOT. It’s probably very small, but it’s a way to get a bipartisan coalition and new revenue.

Q: Do you see opportunities for renewable generation, such as solar, at these sites to power chargers?

A: We put language in [the bill creating an Electric Vehicle Infrastructure Council[ that says the council would also review the placement of charging and leveraging clean energy sources when available. If it’s a park-and-ride next to a field and there’s an opportunity for a solar array, that’s fantastic.

Q: The Line 5 pipeline has been a contentious topic in Michigan, now involved with significant court challenges. Enbridge seeks to build a tunnel that would keep the line operating for decades to come. How much of a barrier is the fossil fuel industry to electric vehicle deployment and maintaining our reliance on oil and gas for transportation?

A: It’s a real challenge. The oil and gas industry has been dominant for many many decades and has a heavy influence in politics. One of the things that’s really floored me since taking office is taking questions from young students. Particularly from the younger generation, there’s a really keen awareness that climate change is real and we’re the ones who are going to face it head on. I’m going to be one to continue the push.

Q: So transitioning to electric vehicles is a climate change issue for you?

A: Absolutely. From the outside, people look at it as the auto industry being so stuck in the past, but there’s an acknowledgement that consumers by and large want to evolve. They can’t ignore that consumers are more in tune and are demanding more sustainable options.

My advice to automakers is that this is a global industry and if we don’t do it here, China and Silicon Valley is going to. The industry is not going backwards. Michigan is uniquely positioned to take advantage of it. We’re the Great Lakes State and the automotive state.