← Back to Speaking of Resilience Podcast

In our first episode of the Speaking of Resilience Podcast, Kate Madigan and Dan Worth speak with Dr. Missy Stults, Sustainability and Innovations Manager at the City of Ann Arbor. 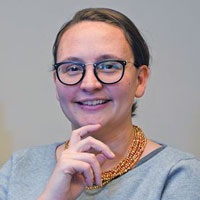 She is responsible for ensuring Ann Arbor meets its climate and sustainability goals and to make it one of the most sustainable and equitable cities in America. In two short years, Missy has been at the helm as the city set a goal to be carbon neutral by 2030, the most ambitious city climate goals, and created a detailed plan to get there, which was just unanimously passed by the city. She has called it a moonshot goal for Ann Arbor, a nod to her previous work as a Program Manager at NASA. Read about the city's plan at A2Zero.org