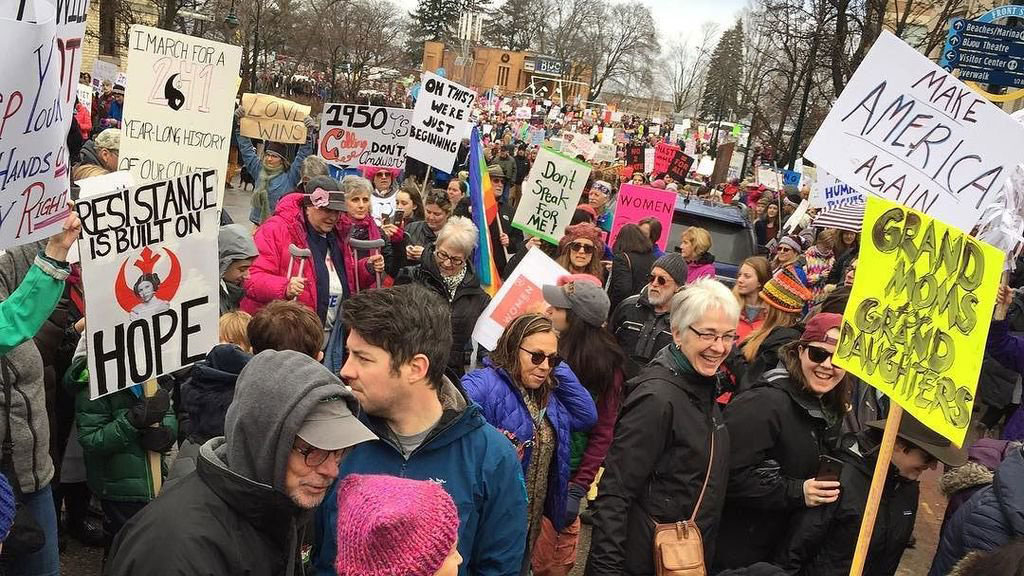 The “People’s Climate March” will be held in DC and communities across the country on April 29, 2017, join us in solidarity in Traverse City to make sure our elected leaders know that our air, land and water demand protection!

The event will feature remarks from Lisa Wozniak, executive director of the Michigan League of Conservation Voters, Traverse City Mayor Jim Curruthers, Percy Bird of the Grand Traverse band of Ottawa and Chippewa Indians and many others.

The march will start at 12:45 p.m. at Open Space Park, on West Grandview Parkway, Traverse City and run along Front Street. Following the march, there will be food and musical performances by local artists including non-profit organizations tabling as well as an after party at Oryana from 3:00 to 6:00 pm.

The march is free and all are encouraged to attend.  Please RSVP below!