According to data gathered by the US Department of Energy (DOE) from the US Environmental Protection Agency (EPA), new vehicle fuel economy in the US has improved 33% from 1980-2016. 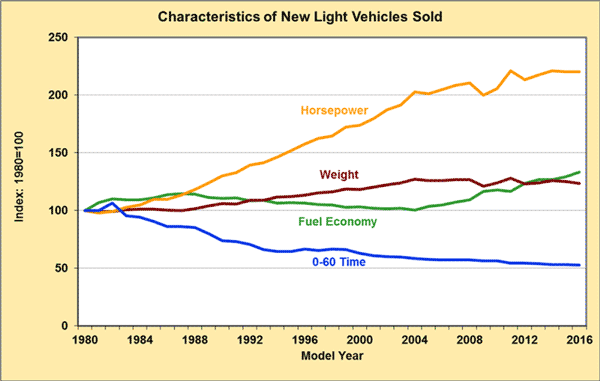 The data are based on sales-weighted averages. In the 1990s and early 2000s, fuel economy decreased while vehicle weight increased, and fuel economy has improved nearly every year since 2004.

In 2002, a committee of the National Academy of Sciences wrote a report on the effects of the CAFE standard. The report's conclusions include a finding that in the absence of CAFE, and with no other fuel economy regulation substituted, motor vehicle fuel consumption would have been approximately 14 percent higher than it actually was in 2002.