A Michigan utility has withdrawn its plans for a $15 million statewide electric vehicle infrastructure network following concerns raised over the past several months by state officials, clean energy advocates, and the private sector.

Filed in March 2016, Consumers Energy’s plan was the first significant proposal by a Michigan utility to promote EV adoption. It called for 810 fast-charging and standard AC-charging stations in major metro areas across Consumers’ Lower Peninsula service territory. The proposed capital costs were $6 million for 60 DC fast-charge stations and $9 million for 750 AC stations, to be funded by ratepayers.

The company told Midwest Energy News in July the program was meant to “promote Michigan as a leader in renewable transportation.”

But the proposal — which was part of a broader rate request before the Michigan Public Service Commission — drew opposition from MPSC staffers, the charging station manufacturer ChargePoint and multiple environmental groups for not addressing concerns about how the program would be funded. 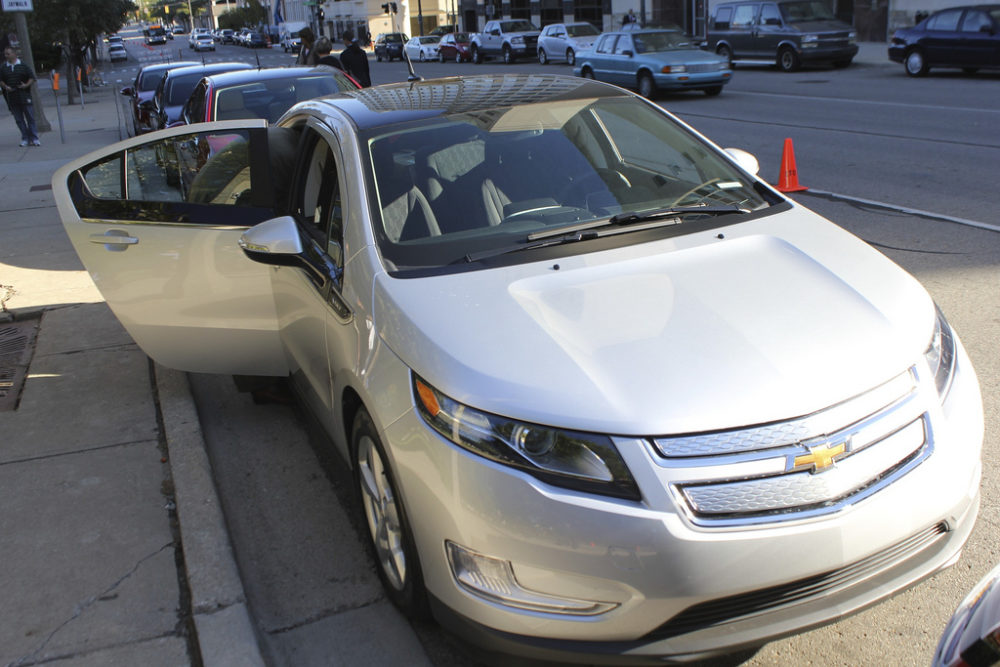 Those concerns hint at the broader policy issue of the roles regulated utilities and private companies should play in expanding EV infrastructure.

Administrative Law Judge Dennis W. Mack called the program a “well-intentioned effort to foster the growth of EVs in Michigan,” but wrote in a December proposed decision that it “raises significant policy questions that must be addressed.”

Mack said the plan “could actually inhibit the growth” of Michigan’s EV charging network by discouraging private companies from entering the market due to higher costs.

Under the plan, site hosts would have received the publicly available charging stations for free. Consumers could then recover construction and operating costs through rates on the electricity usage at the site, “as opposed to a private party having to recover them from revenue generated from the stations,” Mack said.

MPSC staffers and environmental groups also raised concerns about a $1,000 rebate for residential customers who installed charging stations being capped at 2,500.

“The availability and market adoption of plug-in battery electric vehicles is growing quickly and substantially, so the time is now to develop a robust charging infrastructure in Michigan”

While those groups made a variety of recommendations for improvement, Consumers announced in a Jan. 9 filing that it was withdrawing its proposal based on the rejections of its proposed cost-recovery for the program.

“Staff’s stated desire to use customer rebates and distribution system upgrades ‘to stimulate private investment’ is not within the scope of the PEV charging proposal the Company made in this case … and is not the Company’s current managerial business prerogative,” the company responded on Jan. 18. “The Commission should reject Staff’s suggestion to require the Company to subsidize third parties’ efforts in that business against the Company’s consent.”

The Attorney General’s Office also opposed Consumers’ plan, saying “it should not force customers who do not use PEVs to unfairly subsidize other customers or noncustomers use.”

A final commission ruling is due by March 1.

“To properly address (Consumers’) role in the development in this area,” Mack wrote, the MPSC should establish a Michigan Electric Vehicle Collaborative “that includes all stakeholders in the EV market for the purpose of assisting in the development of a master plan for Michigan’s EV charging network.”

All parties in the rate case appear to support this stakeholder process, and it will likely be part of the commission’s final order.

“The Michigan Public Service Commission staff has suggested it will continue considering issues relating to electric vehicle charging infrastructure in Michigan, and we agree that’s appropriate,” Consumers spokesperson Brian Wheeler said in an email. “We remain interested in the development of charging stations in Michigan to support expected growth in the number of plug-in electric vehicles on our state’s roads.”

“The availability and market adoption of plug-in battery electric vehicles is growing quickly and substantially, so the time is now to develop a robust charging infrastructure in Michigan,” staffers wrote on Jan. 9. “Unfortunately, Consumers’ proposal for deploying infrastructure is fraught with significant implementation and policy issues. The plan ‘is not only defective, but wasteful of ratepayer funding and unlikely to result in the optimal acceleration of EVs in Michigan.’”

MPSC staffers had recommended a dozen changes to the residential and public aspects of Consumers’ proposal, including expanding rebates to multi-family housing and rejecting Consumers’ directly investing in charging stations.

MPSC staff also recommended an immediate decision from the three-member commission “regarding the sale-for-resale of electricity at publicly available EV charging stations. The exemption should provide clear direction to the competitive EV charging market that charging stations and their owners will not be regulated as public utilities.”

Charles Griffith, director of the climate and energy program at the Ann Arbor-based Ecology Center, said while the environmental groups involved with the case support the MPSC staff’s approach, “We also recommended ways that Consumers could modify its program to address competitive concerns.”

Those groups suggested that Consumers could allow third parties to directly contract with site hosts “but still get support from Consumers for those investments.

“There are a variety of possibilities here,” Griffith said. “The fact that we didn’t all get together on the same page sort of prevented Consumers from being willing to stick with their original proposal. We’re a little disappointed we couldn’t get some approval on less-controversial aspects of their proposal.”