Michigan is moving ahead of other Midwest states as its two largest utilities propose a combined $20.5 million investment in electric vehicle infrastructure.

A key aspect to the three-year plans from DTE Energy and Consumers Energy is incentivizing EV drivers to charge at home during off-peak hours at night. With preliminary data so far, the utilities say that with more customers driving EVs, program incentives could drive down rates for all customers by millions of dollars.

While the primary goal is to bolster the state’s inadequate charging infrastructure, rate design will be a key factor in how all customers benefit from increased EV adoption. By encouraging charging during predictable off-peak hours, utilities say they will be ready for an increased load that can be spread out over time. 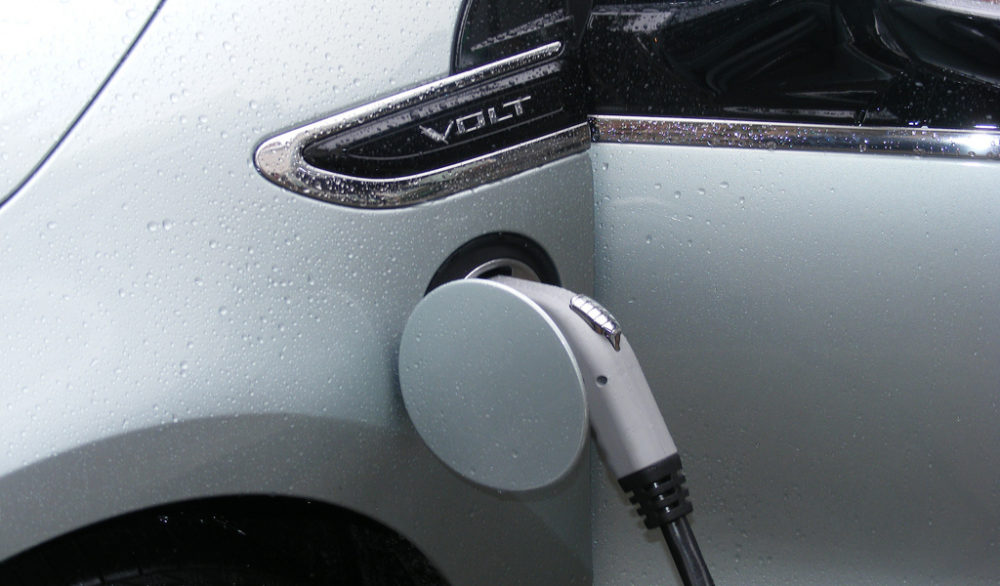 “If it happens at night when we don’t have to make (generation) investments, it will place downward pressure on rates. That’s an important part of the goal,” said Camilo Serna, DTE’s vice president of corporate strategy.

DTE’s $13 million pilot program requires customers who use a rebate for a charging station to enroll in a “time of use” program, which offers the lowest rates between 11 p.m. and 6 a.m. In filings with the Michigan Public Service Commission, DTE says each EV customer will drive down fixed system costs by about $2,800 over a 10-year period. That’s assuming charging takes place 70 percent of the time at home and 30 percent in public or at work.

Over the three-year program, DTE says total net savings could range from $4 million to $20 million, depending on how many EVs are deployed.

Since 2010, DTE has offered time of use rates for EV drivers as well as a $40 monthly flat rate for using electricity. More charging took place after 11 p.m. with time of use rates, 2017 data show.

A 2017 report by the Rocky Mountain Institute said tariffs are also important “because once EV drivers acquire a habit of charging at a particular time and place, those habits can be hard to break.”

Consumers spokesperson Katelyn Carey agreed that research shows time of use rates can incentivize night-time charging. A 2017 report commissioned by clean energy groups found rates could decrease by $800 million to $2.6 billion by 2050.

“As a result, the existing infrastructure can be utilized to service this new electric demand,” Carey said. “In addition to a lower daily rate, electric and autonomous vehicles can be equipped to choose to be interrupted during charging and save even more on the days when energy use is expected to be extremely high thereby allowing customers to receive a bill credit.”

Most of the programs’ costs are for rebates on chargers installed at homes, workplaces and publicly available sites. Rebate amounts vary, ranging from $500 for a residential charger to $70,000 for a fast-charging station through Consumers. For public chargers, third parties would own and operate charging stations and have several options for recouping costs, such as an hourly fee, though site hosts can’t directly re-sell the electricity to drivers.

Charles Griffith, director of the climate and energy program at the Ecology Center in Ann Arbor, said the larger focus on residential charging is appropriate. “That’s where we expect and are trying to move most of the charging to happen,” he said.

The Ecology Center is part of the Charge Up Midwest coalition, which is pushing for coordinated EV planning in the region. While he is still reviewing the time of use proposals, Griffith said there may be lessons learned over the next three years about rebate levels.

“Directionally they’re moving toward the right approach in making (time of use rates) a very key component of the program,” he said.

Still, time of use rates won’t apply if drivers need to recharge quickly in the middle of the day, a dynamic that appears to conflict with the utilities’ goal of smoothing out demand.

“The level of penetration we have today is not a concern, but if we are successful and automakers are successful in having a higher number of EVs, that might become an issue,” Serna said. “We are trying to learn from this program.”

Another challenge for utilities is customers who live in multi-dwelling homes and don’t have dedicated chargers or even parking spaces. Serna said DTE is focusing on faster, level 2 chargers for these sites.

“We believe it’s an element we need to address,” he said, adding that “exploratory discussions” have begun with developers. “It’s one where I don’t know we have all the answers. It’s not an easy problem to solve.”

EVgo is a California company that has public fast-charging stations in 34 states, including about 12 in Michigan. Jonathan Levy, the company’s vice president of strategic initiatives, said the status of public charging in the U.S. is “better than you think but harder than you think to get it done.”

He said it will be important for Michigan to consider multi-family-unit housing to have access to fast chargers. Overall, public fast charging is “critical for adoption,” he added.

As public fast-chargers are deployed, utilities should work with third parties on sharing charging data, he said.

“There are win-wins to be found. In many ways the interests of utilities and charging companies is aligned,” Levy said.

Building off a years’ worth of public meetings headed by the Michigan Public Service Commission, as well as a $15 million EV plan that Consumers withdrew last year, clean energy advocates say the two infrastructure proposals place Michigan ahead of other Midwest states.

“They’re definitely helping to address that infrastructure gap we’ve developed a consensus around in the state,” Griffith said. “You could maybe quibble over whether the programs could be bigger, but they’re both pilots and offered as early learning programs. I think it clearly puts us in a leadership position.”

In Ohio, AEP’s $10 million EV program was approved earlier this year across its 1.3 million-customer service territory. DTE’s and Consumers’ combined investment is twice the amount and covers 4 million customers.

“The two biggest utilities in Michigan have now filed programs that would cover most of the state and double the amount of infrastructure investment” compared to Ohio, Griffith said.

“We’re seeing a lot of momentum in Michigan,” said MEIBC President Liesl Eichler Clark. “There’s so much momentum behind making sure the automated, connected and shared vision for Michigan happens because of the need for an electric platform behind it.”

Looking beyond three years, Serna said the program would likely need to be retooled, either adjusting rebates upwards or downwards.

“Hopefully the market will be robust enough that the economics of EVs carry the water themselves,” he said. “We believe having rates that provide the right signals will be a constant feature.”

This story published with permission of Midwest Energy News.