A task force is examining whether participants in a farmland preservation program should be allowed to add solar panels.

As states consider the compatibility of utility-scale solar projects on farmland, Michigan Gov. Gretchen Whitmer’s administration is revisiting a state policy that the industry says has acted as a barrier.

Michigan’s Farmland and Open Space Preservation Program provides tax incentives to landowners who keep land under contract for agricultural practices for decades. In 2017, under former Gov. Rick Snyder, the state issued a policy saying commercial solar development is not compatible with the program, and landowners would have to end their farmland preservation contracts if they entered into commercial solar leases.

Farmers can exit the preservation program under a variety of conditions. However, doing so in most cases means paying back the previous seven years of tax credits plus 6% interest. This has been a barrier for farmers interested in commercial solar leases. 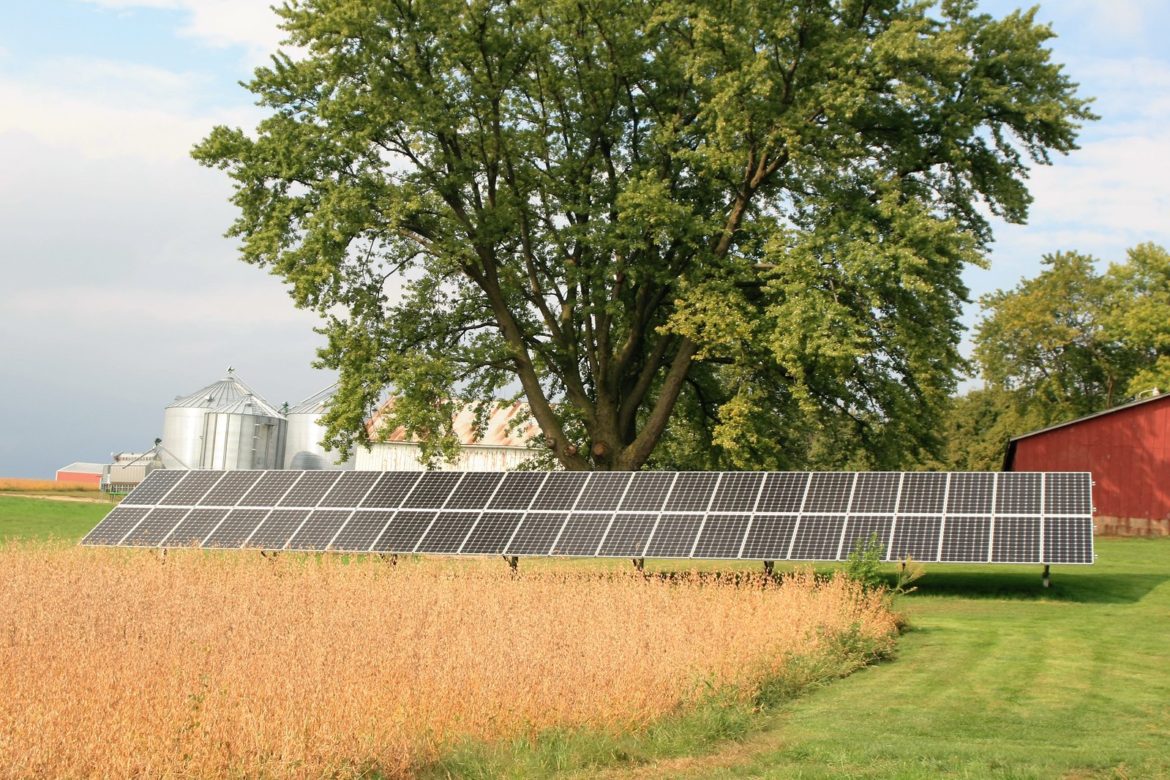 Under Whitmer, the Michigan Department of Agriculture and Rural Development is reviewing the policy, looking at both short- and long-term solutions for farmers interested in solar leases. The process could result in legislation requiring solar projects on preservation land to include agriculturally compatible features, such as raised panels allowing for grazing or shade-tolerant crops. The agriculture department administers the preservation program.

The department has assembled a nine-member task force that includes agricultural and clean energy groups to examine the issue.

The agriculture department’s deputy director, James Averill, said the agency has asked the attorney general’s office whether “non-mainstream agricultural practices” could be included on properties with solar panels as a short-term solution for staying within state statute (and the program).

Whitmer spokesperson Chelsea Lewis said in a statement: “The administration is willing to look at new options to expand revenue sources for farmers and expand access to renewable energy that will help meet our climate goals.”

Michigan’s farmland preservation program stems from Public Act 116, the Farmland and Open Space Preservation Act of 1974. The state first confronted renewable energy on preservation land when wind turbines started popping up in rural Michigan, Averill said. The state determined turbines are compatible with the program due to their relatively small footprint.

“People are now saying we ought to do the same with solar panels,” Averill said. “In order to maintain agricultural practices, it makes it a little more difficult.”

Concerns about solar development on farmland have cropped up throughout the U.S. and in Midwestern states like Illinois and Minnesota. Critics fear the industry could take thousands of acres of farmland out of productive use.

Solar advocates counter that not only would a wide buildout of solar take place on relatively small amounts of farmland, but that it can also be sited on the non-prime areas of farms.

Roughly one-third of Michigan’s 10 million acres of farmland is in the preservation program. National solar developers have thousands of megawatts of solar projects they’d like to connect to the state’s grid. Consumers Energy, meanwhile, has proposed adding 5,000 MW of solar to its portfolio by 2030.

Averill said taking out productive farmland for solar is a “legitimate question,” but “with the amount of acreage the companies are looking to put in, it’s a very small portion of agricultural land. We may not even see an actual impact on production. … It’s a small fish in a big sea.”

Michigan State University Extension bioenergy educator Charles Gould said solar projects can be configured in ways that benefit agricultural practices, such as including pollinator habitats or raised panels to allow for grazing.

“We’d like to duplicate what’s being done in Massachusetts, Vermont and Minnesota but do it under Michigan conditions,” Gould said.

MSU Extension has led meetings across the state for farmers interested in solar and addressing questions that have come after meeting with prospective developers.

“I continue to get calls” from farmers, Gould said.

He added that the farm preservation program has made it difficult for farmers to sign solar leases mainly due to the cost of getting out of the contract.

“My understanding is it’s more difficult in Michigan than any other state to get out of agricultural preservation,” he said. “The best route would be to make a legislative change so there’s no penalty and it includes acceptable animal husbandry or agronomic practices that are compatible with solar development.”

Laura Sherman, president of the Michigan Energy Innovation Business Council, said the state’s 2017 policy “can be a challenge to set a contiguous project for larger-scale solar.” Allowing for solar projects within the program would ensure the farmland is not rezoned for commercial use and could improve soil quality with other crops.

“We obviously want to keep farmland for agriculture,” Sherman said. “I think solar fits with the long-term preservation of that land, especially if you allow it to exist in concert with this [preservation] program.”

Michigan Farm Bureau government relations specialist Matt Kapp said the group has a “long history” of supporting renewable energy and the state’s farmland preservation program. He said the task force will seek to “find a balance between the two.”

“At this point, we’re going to see where the discussion goes,” Kapp said, adding that the group did not take a formal position on the state’s 2017 policy blocking commercial solar on preservation land.

“I think it’s accurate to say not all farmers in the state would agree on allowing commercial solar on [preservation] land,” Kapp said. “Some would be supportive, and some farmers would have some concerns.”

Gould maintains that prime agricultural land should be the “last resort” for development — that projects should first be considered on marginal or industrial land. Sherman said pursuing these projects brings their own set of challenges, such as space, liability and cost constraints.

“I get calls from farmers who look at solar development as their retirement,” Gould said. “Who are you to say that a farmer can’t do something like that to his land? The dairy industry has tanked. Blueberries have tanked. Corn has tanked. The beef industry is not doing well. The margins are so small that when something like this comes along, it allows the farmer the opportunity to have a retirement for his last remaining days on earth.”

“We have a saying in agriculture that farmers are cash poor and land rich,” he said. “Renewable energy helps give them a little better cash flow and diversify their operation. Maybe it’s a way to help those with an interest in agriculture who don’t own land a way to get in and finance their endeavor.”

“We just need to be wise. That’s where zoning administrators in townships and counties really need to do their due diligence on this and be real careful and deliberate about where solar development comes,” Gould said.

“We see there is some value for this,” Averill said. “At the same time, the agriculture preservation program was created for a reason: Ag land stays as ag land. We need to find a balance that works for everyone.”