A clean energy financing program in Michigan reached a milestone last month when it helped homeowners and businesses install 1 megawatt of solar energy across the state.

Michigan Saves — which was created by a $6.5 million Michigan Public Service Commission grant in 2009 — acts as a green bank by financing clean energy projects at homes and businesses. While it deals mostly in energy efficiency projects, it also removes the barrier of high upfront capital costs for solar installations. 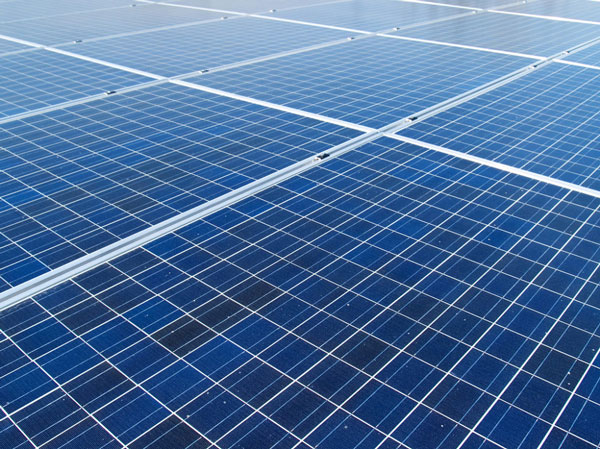 Since June 2011, the program has helped finance installations at 132 homes and nine businesses, totaling $3.5 million in solar investment. In all, Michigan Saves has been involved with roughly 8,600 projects totaling $102 million in clean energy investment.

Under the program, property owners find qualified contractors and apply for a loan, which are backed by nearly a dozen lenders across the state. It will finance up to $30,000 for residential projects and up to $250,000 for commercial.

Unlike paying with a major upfront cash investment, through a credit card with high-interest rates or through a home equity loan, Michigan Saves offers unsecured loans for up to 10 years at less than a 5 percent annual rate for residential projects. The length of terms for commercial projects are five years with various annual rates.

“It’s a great deal for homeowners who want to pay for investments over time,” Templeton said.

She added that few such programs exist in Michigan other than Property Assessed Clean Energy financing (for commercial properties in some counties) and some areas that allow on-bill financing. Comprehensive new energy laws that took effect in April also allow utilities to create residential on-bill financing programs, a plan that is still under development.

Templeton said utilities are “certainly a partner” in offering efficiency projects to customers. The program has also worked with solar outreach efforts around Traverse City as well as through the Solarize Michigan campaign in a three-county area near mid-Michigan.

“It’s a great deal for homeowners who want to pay for investments over time.” Mary Templeton, Executive Director Michigan Saves

A Michigan Public Service Commission member serves on the Michigan Saves board, but the agency no longer provides funding for the program, which now operates through fees on projects, Templeton said.

A 2016 annual report says the program saved 53,000 metric tons of carbon dioxide emissions and nearly 61 million kilowatt hours of electricity, or enough to power 6,500 homes a year. The average annual energy savings is $310 per household and $7,615 for commercial buildings.

The growth in installations since 2011 also came as solar costs have declined. The program’s first solar customer installed a system at $6.05 per watt in June 2011, according to Michigan Saves. The homeowner earlier this year that pushed the program past the 1-megawatt threshold paid $3.06 per watt.

One of the Michigan Saves solar projects will reportedly eliminate $2,200 in a home’s annual energy costs without an upfront investment, while the monthly loan payment is about the same as the energy costs.

Last year, the Union of Concerned Scientists issued a report saying a $105 million public investment into a dedicated statewide green bank could lead to about $3 billion in private-sector clean energy investment. The report came amid legislative uncertainty over how clean energy would fare under the state’s energy law rewrite. Lawmakers ultimately agreed to increase the state’s renewable energy standard to 15 percent by 2021 as well as increasing energy efficiency spending.

Operating like a green bank, Michigan Saves offers a glimpse of such development envisioned in the Union of Concerned Scientists report, albeit at a smaller scale. Statewide, Michigan has seen $3.3 billion in renewable energy investment since 2008 when its original clean energy standards were adopted, according to the Public Service Commission.

“We’re setting our sights on financing $1 billion worth of energy efficiency and renewable energy projects in the next five to seven years.” Mary Templeton

“We are spot on with where we are versus where we expected to be” when Michigan Saves launched in 2010, Templeton said. The $100 million mark was a “huge milestone” that was initially set “not knowing where demand was. We know an awful lot more about the market demand out there,” she added.

Still, Templeton said the program’s board of directors has challenged the staff with setting higher goals for the next five to seven years with a 10-fold increase in investment.

“We’re setting our sights on financing $1 billion worth of energy efficiency and renewable energy projects in the next five to seven years,” Templeton said of Michigan Saves. “We’re thinking big. We were created to break down barriers in the marketplace, and we feel we’ve done a good job of that.”