Michigan Advisory Council on Environmental Justice members say Gov. Gretchen Whitmer’s administration is listening to it on issues from pipelines to the pandemic.

A year-old Michigan council created to advise Gov. Gretchen Whitmer’s administration on environmental justice has helped steer the state’s climate and pandemic responses, members and other activists say, though some would like to see it play a more prominent role going forward. 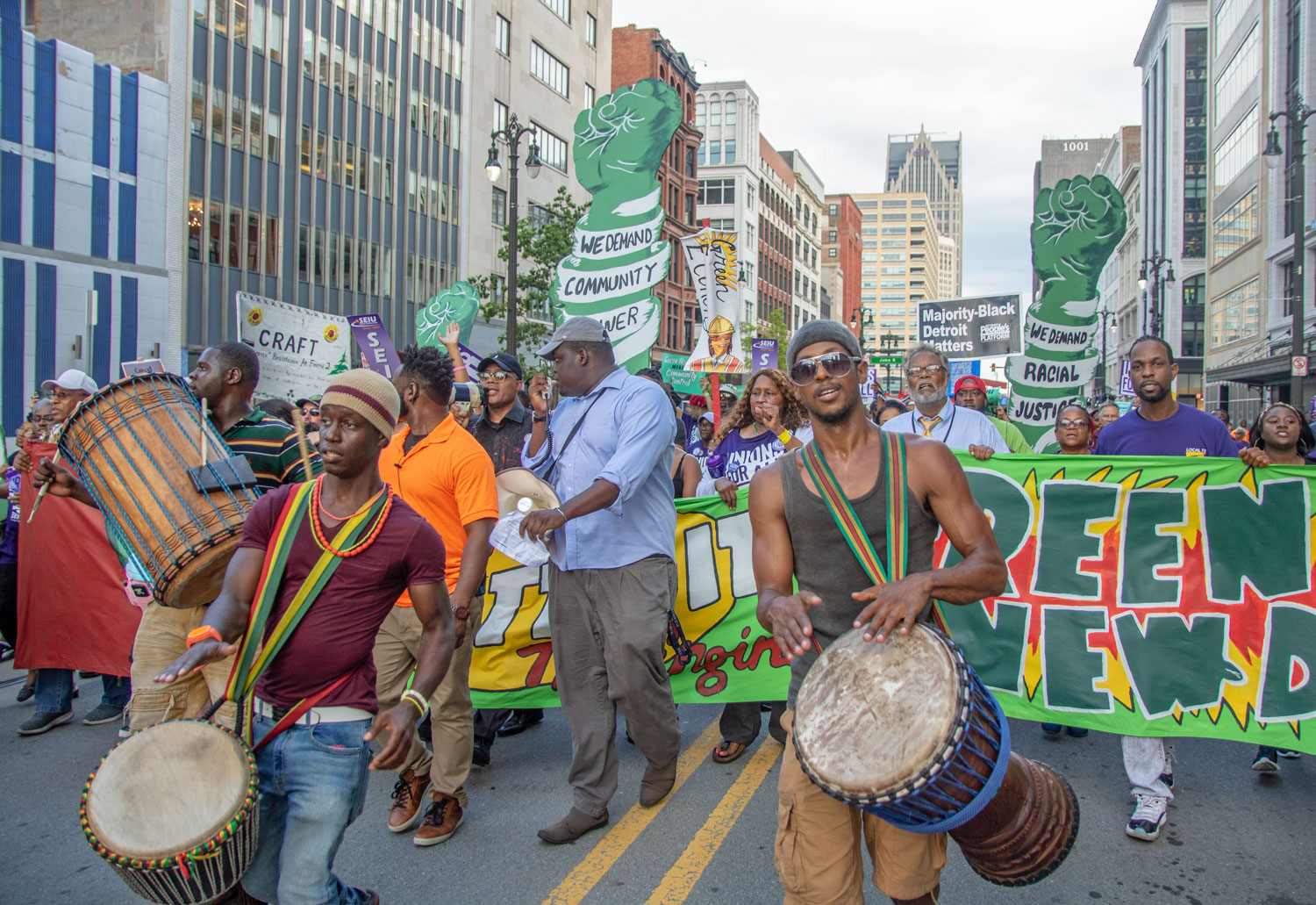 Demonstrators at a 2019 climate march in Detroit.

“We’ve seen major influence coming from our table that not only guided but emboldened the governor to make decisions that she wouldn’t have otherwise had the backing to make,” said Monica Lewis-Patrick, director of We The People of Detroit and a member of the Michigan Advisory Council on Environmental Justice.

Whitmer announced the 21-member council in January 2020 in response to myriad injustices and challenges related to pollution and energy access. Members represent a range of interests including water, energy, tribes, low-income communities, organized labor and industry.

The council had only held its first monthly meeting when COVID-19 hit. It quickly began to hold bi-weekly emergency meetings and “brought a sense of urgency” to issues like water access, said Regina Strong, Whitmer’s environmental justice public advocate who works in the Department of Environment, Great Lakes and Energy and also with the advisory council.

“Even in the face of a pandemic, right away we saw the value of having advocates at the table talking about how to address these things in EJ communities,” Strong said, adding that racial disparities and a whole host of existing challenges were exacerbated by the pandemic.

Among the successes council members point to are moratoriums on water shut-offs enacted by Whitmer and the legislature, and a pledge by the city of Detroit to permanently end shut-offs.

Its ideas are communicated through a variety of channels to the Whitmer administration’s upper levels and nine state departments. The council gave input on the state’s latest climate plan and supported Whitmer’s use of an executive order to shut down the Line 5 pipeline that runs through the Straits Of Mackinac.

Meanwhile, the state is developing an “environmental justice screening tool” to help it identify communities disproportionately impacted by environmental threats.

The advisory council “isn’t just for show—there’s intent to produce something of value,” said member Bryan Lewis, who is also director of Detroit’s EcoWorks, but he would still like to see it have “more teeth.”

“We have enough information about environmental justice, we’ve done enough studies and knowledge building, so it’s time for action,” Lewis said. “The committee is important as a conduit, but it can’t be a replacement for direct action that needs to be led by the administration, legislature, and local and state bodies.”

The Michigan Environmental Justice Council (MEJC), a separate coalition of around 50 state groups, praised the state advisory council as a good first step, but director Michelle Martinez wants a stronger role for the council, particularly when it comes to utility regulation.

“We need bold approaches to rebuild Michigan’s economy in a way that’s saving lives and our future,” she said. “We need to be unapologetic about our approaches and move beyond bureaucratic procedures to real changes that’s going to bring bread home to Michigan families.”

The MEJC sent a letter to the Whitmer administration calling on it to utilize the advisory council’s deep knowledge of energy issues to assist the Michigan Public Services Commission in implementing the governor’s executive order to consider environmental justice issues as it regulates utilities.

Lewis also said he wants to see the Michigan Advisory Council on Environmental Justice take on utility affordability in its second year. Prior to the pandemic, DTE Energy shut off power to tens of thousands of residents annually, and still continues to shut off power to thousands each month.

“We have to figure out a solution that, at the very least, takes into account the severe income struggles that black and brown residents are facing in Detroit and Highland Park, and provide an avenue such that we can reasonably say that 100% of people have reasonable access to electricity,” Lewis said.

The council is better positioned to take on such problems in its second year, Strong said. She acknowledged that “some aspects of change in state government never move as fast as people like,” but said there’s strategy and a long game to what the council is doing, and she believes it will “move the needle in a significant way” in 2021.

“Things didn’t get this way overnight, and some things were intentionally put in place to put people at a disadvantage,” Strong said, “so we’re working not just one and done, but doing it right so it becomes institutionalized.”