Members of the state’s Advisory Council for Environmental Justice expressed optimism as they began work this month. 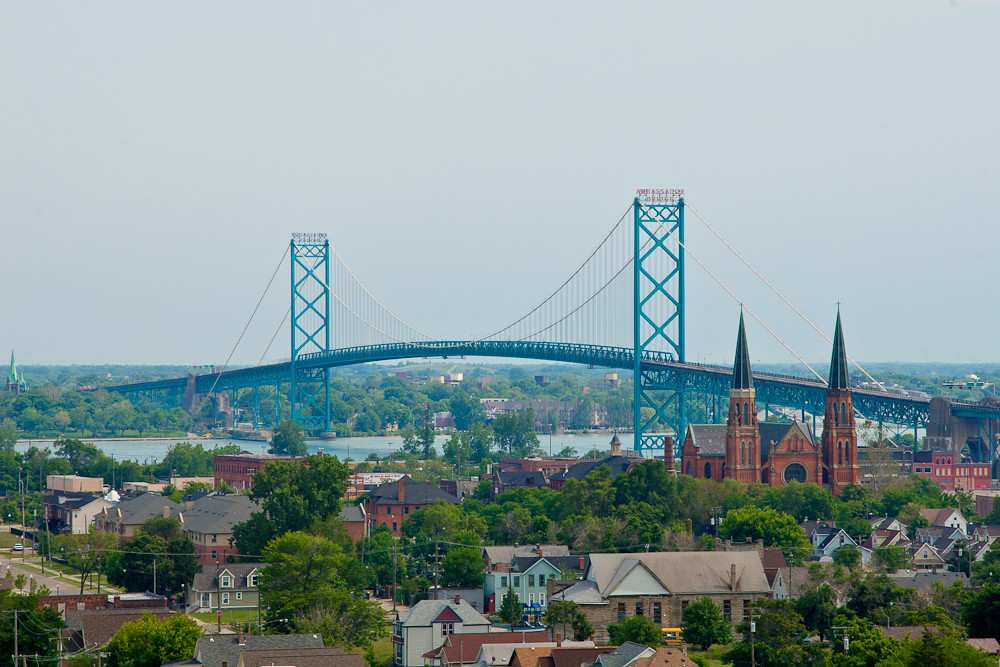 Amid a series of ongoing water and industrial pollution issues in Michigan, a newly appointed council will examine how low-income residents and communities of color have been disproportionately impacted by fossil fuels and shut out of clean energy opportunities.

Council members say energy features prominently among their top concerns, including air pollution from coal burning and oil refining in southwest Detroit, the Line 5 pipeline, and high energy costs due to a lack of access to programs that reduce low-income customers’ energy burden.

Council members are expressing optimism as the work kicks off this month.

“This is a great opportunity for this administration to be advised from the grassroots up, from what I believe are the voices of Michiganders often left out of these conversations,” said Monica Lewis-Patrick, president and CEO of We The People of Detroit and a member of the advisory council.

The council was created following a recommendation from a previous work group appointed by former Gov. Rick Snyder. Whitmer’s team will split into working groups that include a focus on training, research and planning, policy, and communicating with the public. The goal, members say, is to produce policy recommendations for lawmakers.

Snyder’s work group — which included several members of Whitmer’s council — was assembled in 2017 in the wake of the Flint water crisis. It made 33 recommendations that formed the “basis for a lot of our work,” Strong said. Creating her position was among the recommendations. Whitmer also has an “interagency response team” to coordinate things like climate change planning across multiple state governments.

“This is really the first time … we’re focusing on environmental justice at the beginning, as opposed to the end, of an administration — when it becomes shelf-ware and a nice report and nothing comes from it,” Strong said.

Stopping the ‘cycle of pollution’

Advocates and researchers on the advisory council say concerns over water and energy production pollution often converge, yet communities are often under-represented in state-level decision making.

“A lot of the environmental justice challenges we have are closely related to our energy production and energy consumption,” said Tony Reames, director of the University of Michigan’s Urban Energy Justice Lab.

“Some of that is around procedural justice — ensuring low-income communities are able to participate in the decision-making process,” he said. “And also recognition justice — that those same communities are overly burdened by energy production and consumption.”

As utilities retire coal plants, Reames added, officials should ensure that redevelopment plans don’t create additional burdens on communities and “continue that cycle of pollution.” He noted plans near Chicago that seek to repurpose a former coal plant there as a transportation hub.

Southwest Detroit, in particular, is the state’s most prominent environmental injustice “hot spot,” according to University of Michigan researchers.

“We have a lot of environmental justice issues that are remnants of our industrial past,” Strong said, citing the 48217 ZIP code in southwest Detroit as a “big priority.”

A recent report in Detroit Metro Times called the area, home to more than 7,000 predominately Black and low-income residents, “the most polluted ZIP code in Michigan.”

“People know that industry is having an impact on peoples’ health, but a lot of the conversations about cancer rates, asthma rates and developmental issues haven’t been as widespread,” said Justin Onwenu, an environmental justice program organizer for the Sierra Club who works primarily in southwest Detroit.

Whitmer’s advisory council also includes Fadi Mourad, DTE Energy’s director of environmental strategy. The utility has been a key player in local discussions around access to clean energy, or the lack thereof, but DTE officials say they are aggressively pursuing renewables.

DTE operates two coal plants within 25 miles southwest of downtown Detroit, a corridor with dozens of industrial facilities. But the utility has also faced a backlash from community organizers over its reluctance to allow community solar projects in the city.

DTE has also fought for lower compensation rates for rooftop solar installations, supporting arguments that low-income customers end up subsidizing customers who install panels on their property. The argument is opposed by several community advocates who say DTE continues to put up barriers to low-income access to clean energy.

Mourad said the company plans full and partial retirements and pollution control measures at Detroit-area coal plants, and has steadily reduced greenhouse gas and particulate matter emissions since 2005. The company plans to close its River Rouge, Trenton and St. Clair coal plants in two years, totaling nearly 2,000 megawatts or about 20% of its peak generating capacity. The closures will be backfilled mostly by a new 1,000-megawatt natural gas plant.

Mourad added that “increasing access to more affordable clean energy is one area we are working to address. We are also working to expand our programs that help our income-qualified customers increase their energy efficiency.”

Meanwhile, the Michigan Public Service Commission is expected to rule later this month on DTE’s long-term energy plan. Local groups have voiced their opposition to regulators. Reames sees more room for this in upcoming proceedings.

“A big lack of participation has been in the decision-making process when it comes to people understanding” the integrated resource plans, he said. “The more we’re able to train and educate the community about very technocratic information and let them know what their role is — that’s how we move toward environmental justice.”

He added: “I do think the utility company plays a role in the adverse experiences of people, but it also plays a huge role in the future of what environmental justice looks like. I definitely feel like they need to be at the table.”

Multiple appointees say the goal of the council is to make policy recommendations for lawmakers.

Onwenu, of the Sierra Club, said advocates have been pushing the state to create a mapping tool to “actually see which communities are impacted” by pollution.

“It would give us a much better idea of what we mean when we say ‘environmental justice communities,’” he said.

Overall, he added, “Success in my mind looks like recommendations and policies being implemented.”