Since Gov. Rick Snyder took office in 2011, Michigan’s energy sector — like those across the country — has undergone a major shift. Utilities plan to have closed dozens of coal units by 2020, renewable energy and efficiency are playing a bigger role in the state’s portfolio, and utilities are rethinking their traditional business models in a shift away from expensive, centralized power plants.

Valerie Brader, whom Snyder appointed to lead the Michigan Agency for Energy when it was created in 2015, has been at the forefront of these issues. She began working for the administration in 2011 as deputy legal counsel and senior policy advisor to the governor.

Entering Snyder’s last year as governor (he is term-limited at the end of 2018), Brader says the implementation of comprehensive, bipartisan legislation passed at the end of 2016 will be a top priority for the agency. That includes a major effort on what Snyder calls “energy waste reduction.”

However, the controversy surrounding the oil and gas pipeline beneath the Straits of Mackinac remains a major issue for residents. The administration has faced sustained criticism from environmental groups over what they see as a lack of urgency in taking action to close Enbridge’s Line 5.

Brader discussed these issues and more in a Dec. 20 interview with Midwest Energy News. The interview has been edited for length. 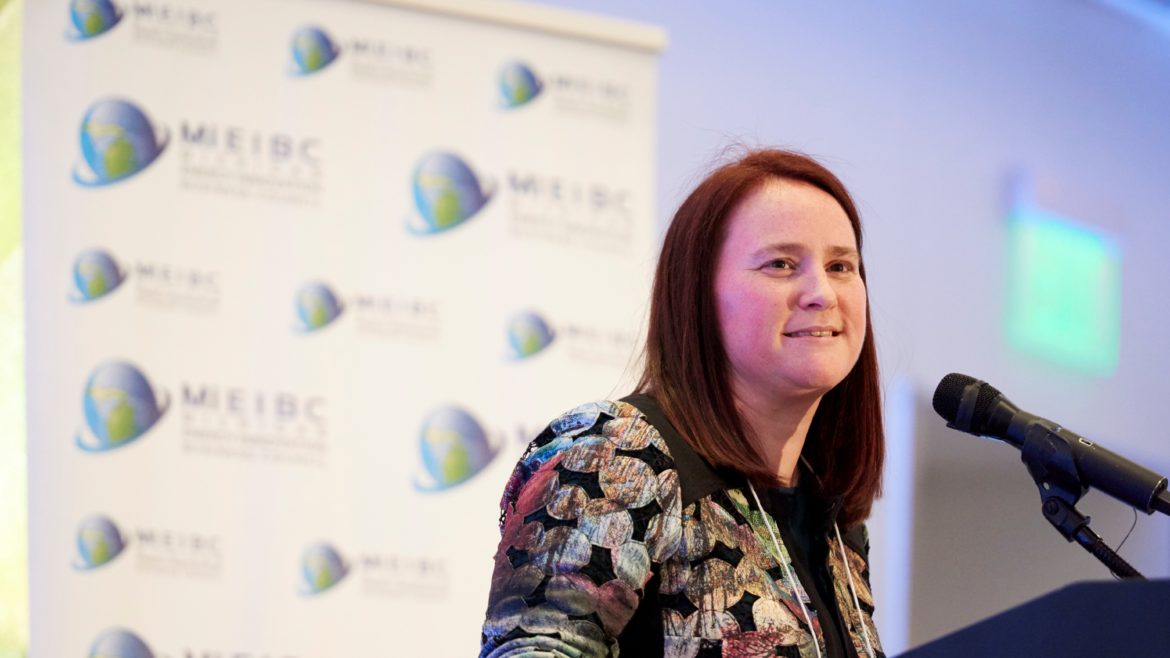 Midwest Energy News: The controversy surrounding Line 5 will continue to be an issue in 2018. Following the company’s misleading statements on the condition of the pipeline this past year, and responding to the company’s critics: Why hasn’t the state taken action to shut it down?

Brader: I just want to note a couple of things: Having a shutdown of Line 5 is an option that’s still very much on the table. The administration just put forward a timeframe (for a decision) going forward.

Also, when folks say “shut it down,” they’re actually advocating for the initiation of a lawsuit. That’s something that tends to take a long time. We are waiting to make a decision based on the risk analysis and additional information from the latest agreement. We didn’t want to wait to start further protecting the Great Lakes, whether that’s getting started on something in the St. Clair River or looking at water crossings along the entire pipeline. As we evaluate that, we want to have those protections in place. Bringing a lawsuit doesn’t necessarily put those protections in place during a pending suit.

As a practical matter, we want to get matters in place while the rural U.P. depends on propane (from Line 5) and look at what options there are for reducing risk from the pipe and understanding what the alternatives are. Yes, I suppose Enbridge could volunteer to (shut it down), or the state could say they’re violating the easement, but you’re basically heading to court unless the parties agree.

"When folks say “shut it down,” they’re actually advocating for the initiation of a lawsuit. That’s something that tends to take a long time. We are waiting to make a decision based on the risk analysis and additional information from the latest agreement." - Valerie Brader

Supplying propane to the U.P. is often cited as a reason to keep Line 5 operating. However, advocates have disputed Enbridge’s claims about the extent to which residents depend on it for propane. How valuable is Line 5 for propane supply in the U.P, and is the current network adaptable to switch to something like rail or trucks?

We’ve heard a lot of numbers from Enbridge. What I’m working on for the percentage the U.P. gets from Line 5 is in the Dynamic Risk report, which says about two-thirds (of the area’s supply comes from Line 5). That report never said it’s either all of the propane from Line 5 or none, and assumes you could do alternative methods, which would raise the cost and obviously rail or truck transport have their own risks.

My main goal is to give information to my boss about what we need to do to make Line 5 safer, and what the alternatives are. We have at least some information about what we could do on propane and what the costs to households would be. That is helpful, but we’re looking at understanding other courses of action, what those implications are, and we have to protect Michigan’s health and safety — which includes the environment — and do it in a way where you’re understanding and prepared for the implications of the actions you’re taking. We’re on a path to that.

With approval of two new natural gas plants to settle capacity and reliability concerns surrounding an aging coal plant in the U.P., what’s next for the U.P.’s energy future, and how does clean energy fit into that?

Certainly there are a number of (renewable energy) proposals at this point, including some requesting transmission interconnections. One thing we did learn from transmission modeling is you can get a lot of benefits by placing something like 100 megawatts of generation in the western U.P., actually more than transmission connections we studied between Canada and the Lower Peninsula.

One thing I’m excited about is — with the replacement generation for the Presque Isle plant, new gas lines to add resiliency to the U.P. and new information from a modeling study — the energy waste reduction opportunities are huge. More than the Lower Peninsula. I think the U.P. is on a really firm footing to set its own energy future that’s much more affordable and environmentally protective and reliable in the future than it faced when I began working on these issues with the governor in 2011. I just feel people of the U.P. have a much brighter energy future that they have much more control over.

The Michigan Public Service Commission (MPSC) issued an order recently on “avoided costs” for Consumers Energy, or rates that are paid to independent, renewable power producers under the federal Public Utility Regulatory Policies Act (PURPA). Owners of these biomass, waste-to-energy and hydroelectric facilities are concerned that the rates are so low they’ll be forced to close. Solar advocates, however, say it could lead to a boom for their industry. Does this reflect the change in renewable energy prices and how they’re valued on the grid?

I know the PURPA debate is hotly contested, but on one level, if you look at the Integrated Resource Plans required of investor-owned utilities under Michigan’s new energy law, the rules changed so anyone can come in and say, “I have a little piece of generation that beats out that little piece.” If you have generation whose overall attributes beat some part of the utility’s plan, you have an opportunity to come before the commission, make that case, and the commission has the ability to recommend a change in the IRP. If the utility chooses not to take it, all of the IRP — including the cost assurances they get — they have to walk away from it.

Without trying to diminish the cause of small generators, and I’m not saying they’re not important, but a lot of folks have missed Michigan’s new law that allows small generators to come in and make their case.

Michigan has a unique IRP now. It’s not just a planning exercise. It’s based on cost recovery, and utilities will take that very seriously. As far as I know, no other state in the country has that.

The Agency for Energy and MPSC set out in 2017 to tackle challenging issues around electric vehicle infrastructure and deployment. Is there a clearer role for utilities, private companies and ratepayers on this issue?

Fundamentally, when you’re spending ratepayer dollars as a utility, the commission wants to be sure that it makes sense for ratepayers and is part of the cost of service. On one hand, increased sales for utilities can lower costs for everybody, spreading infrastructure over a larger demand. But if the costs of deploying it outweigh that, Michigan’s cost-of-service laws wouldn’t really permit that.

While we’ve gained a lot of information, some of those fundamental questions deal a lot with how much you’d sell, where you’d put them, what private companies would do. I think it will be a continuing conversation. It’s not something that’s static, there are a lot of feedback loops.

On the unregulated utility side, there are some interesting programs from co-ops and municipal utilities installing charging stations. I think we’ve been caught up in what regulated utilities and the commission should do — people shouldn’t forget there are other utilities out there making decisions and providing an interesting case study as well.