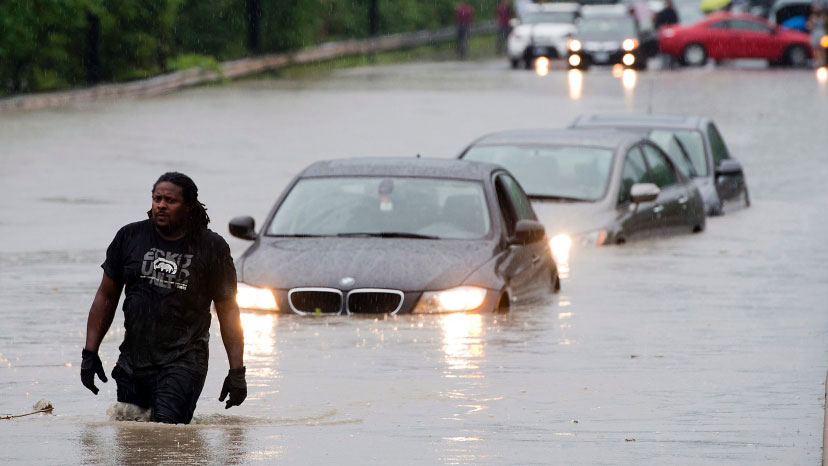 Both NASA and the National Oceanic and Atmospheric Administration (NOAA) have concluded that last year was the third in a row to set a new record for highest average temperature. It was the 40th consecutive year with global average temperatures above the 20th-century average.

Also this week, research conducted after the presidential election by Yale University found that Americans are increasingly certain climate change is happening and increasingly see it as a threat.

“The latest data make it abundantly clear that our climate has already changed significantly and that we must act quickly to minimize the harmful impacts of continued climate disruption,” said Kate Madigan, MICAN director and energy and climate specialist for the Michigan Environmental Council.

“Michigan residents will not stand for attempts to deny the reality of climate change, delay climate action or dismantle the Obama administration’s important initiatives to rein in global warming.” - Kate Madigan, MICAN director

The findings come as President-elect Donald Trump, who has called climate change a “hoax,” prepares to take office, and as Oklahoma Attorney General Scott Pruitt—who has strong ties to the fossil fuel industry and has tried to block the federal government from taking action to rein in climate change—faced Senate confirmation hearings to become administrator of the Environmental Protection Agency. During his confirmation hearing, Pruitt stated there was a need for more debate over how much human activity is contributing to climate change, an issue upon which 97 percent of climate scientists have already agreed.

NOAA also reports that the U.S. experienced 15 weather and climate disasters that claimed 138 lives in 2016, with $46 billion in losses. It was the second highest number of disasters for a year on record and doubled the previous record for inland flooding events in a single year.

Climate change is already having a significant impact in Michigan. Rising temperatures are warming the Great Lakes and inland waterways, increasing toxic algae outbreaks and putting at risk Michigan’s prized cold-water fisheries. Since 1991, rainfall has been 30 percent higher than the 1901-1960 average, resulting in more frequent flooding and runoff pollution in waterways.

“While some politicians will no doubt try to slow down action on climate change, they can’t change the fact that clean, renewable energy sources are now the most affordable ways to meet electric demand,” Madigan said. “Investing in clean energy also happens to be an outstanding way to strengthen local economies and drive job growth in Michigan.”