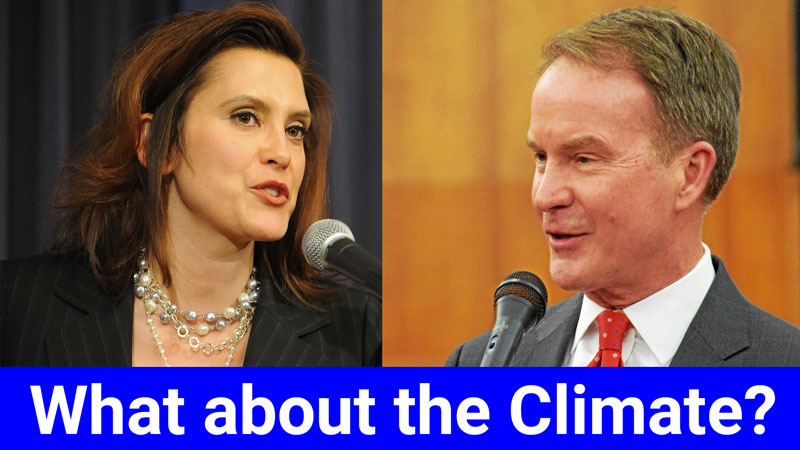 The first televised debate of Michigan's gubernatorial candidates will be broadcast live from WOOD TV 8 studios in Grand Rapids. People concerned about taking action on climate change will gather in front of the studio at 6:00 PM holding signs telling our next governor to Act On Climate!

This debate is happening just days after the Intergovernmental Panel on Climate Change (IPCC) released its terrifying report on climate change. The message? We need to act NOW to avoid the worst catastrophe from our warming atmosphere. When the candidates arrive at the governor's debate, we want to make sure they see people demanding that they make climate a top priority. The debate will be broadcast statewide, and even ONE shot of concerned citizens holding "Act On Climate" signs outside would make an impact on people watching.

Are you concerned about the climate? Do you know we don't have any time left to act? Join us. We'll gather on the public sidewalk in front of the studio at 6:00 and will stay until 7:15. Make and bring along a sign if you can.

Can you come? RSVP Now below and on Facebook.