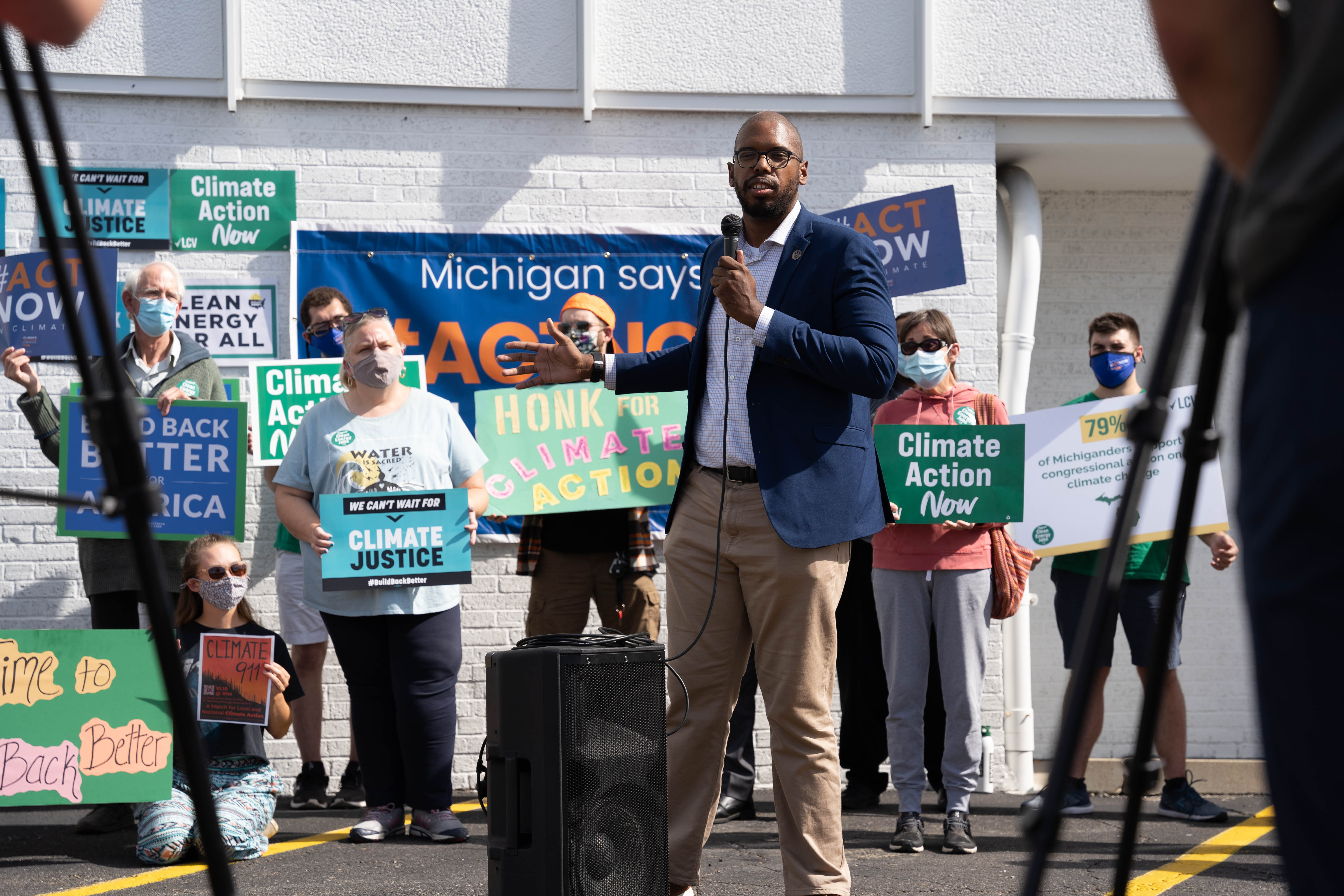 LANSING – More than 40 Michigan mayors, businesses, and organizations sent a letter to U.S. Senators Debbie Stabenow and Gary Peters urging them to use every tool at their disposal to fight for climate and environmental justice solutions in the Build Back Better Act.

This comes as Congress has passed a bipartisan infrastructure bill that includes strong provisions such as an expected $1.3 billion in water infrastructure funding for Michigan, but does not include an adequate level of funding for climate and environmental justice that would ensure the United States is on track to meet the President’s climate goals and avoid the worst impacts of climate change. Today, dozens of people are holding rallies in Detroit at Senator Peters’ office and in Lansing at Congresswoman Elissa Slotkin’s office calling on them to support the Build Back Better Act.

“We cannot wait for another opportunity to pass a climate bill. This is the moment we need to see our U.S. Senators standing up for the people of Michigan,” states the letter.

“We only have to look at the devastating flooding this summer and last in Detroit, Midland, and communities across the state to know that Michigan is already seeing impacts of the climate crisis, and they will only get worse the longer we wait to act,” said Kate Madigan, Director of the Michigan Climate Action Network. “We are living with these impacts because Congress has previously failed to act on what climate science has made clear for more than half a century. We cannot wait any longer.”

“The Build Back Better Act is the strongest piece of legislation to combat the climate crisis ever considered in the history of the United States," said Bentley Johnson, Federal Government Affairs Director for the Michigan League of Conservation Voters. “It’s a historic plan that will create millions of good-paying clean energy jobs, reduce families’ energy bills by $500 each year and invest in communities that have borne the brunt of fossil fuel pollution. Plus, passing the Build Back Better Act is both good policy and good politics because the provisions in the bill are extremely popular. Voters expect action, and Congress must swiftly pass the Build Back Better Act and send it to President Biden to sign into law.”

“The Build Back Better Act is an enormous opportunity for Michigan to recover from the pandemic while addressing the climate crisis and investing in our communities,” said Sarah Tresedder Federal Climate Organizer for the Sierra Club Michigan Chapter. “It is a chance to replace lead service lines, make our communities more climate resilient, reduce air and water pollution, protect our Great Lakes, and grow millions of clean energy jobs building electric vehicles and weatherizing our homes.”

Copies of the full letter sent to Michigan’s U.S. Senators are available online here and here.