Mary Christina Wood is the architect of a legal argument designed to force government action on climate change, notably by a group of youth plaintiffs now suing the U.S. government.

Wood, an author and faculty director at the University of Oregon’s Environmental and Natural Resources Law Center, focuses on the Public Trust Doctrine and whether it has been violated by energy policy that exacerbates the effects of climate change. Public resources like rivers, lakes and streams held in the public trust must be protected by the government. Wood’s argument applies it to the atmosphere.

In Michigan, advocates have raised the public trust issue around the Line 5 pipeline in the Straits of Mackinac. They argue that a deal between the state and pipeline owner Enbridge violates the public trust by giving away public property for the benefit of a private company. Wood agrees.

In an interview with the Energy News Network, Wood said the Line 5 tunnel plan violates the public trust due to the nature of the agreement with Enbridge, which she says is the primary beneficiary of the project. Wood also discussed the role of tribal rights in blocking fossil fuel projects and how fundamental public trust laws have been ignored in environmental issues spanning decades.

The interview has been edited for length and clarity. 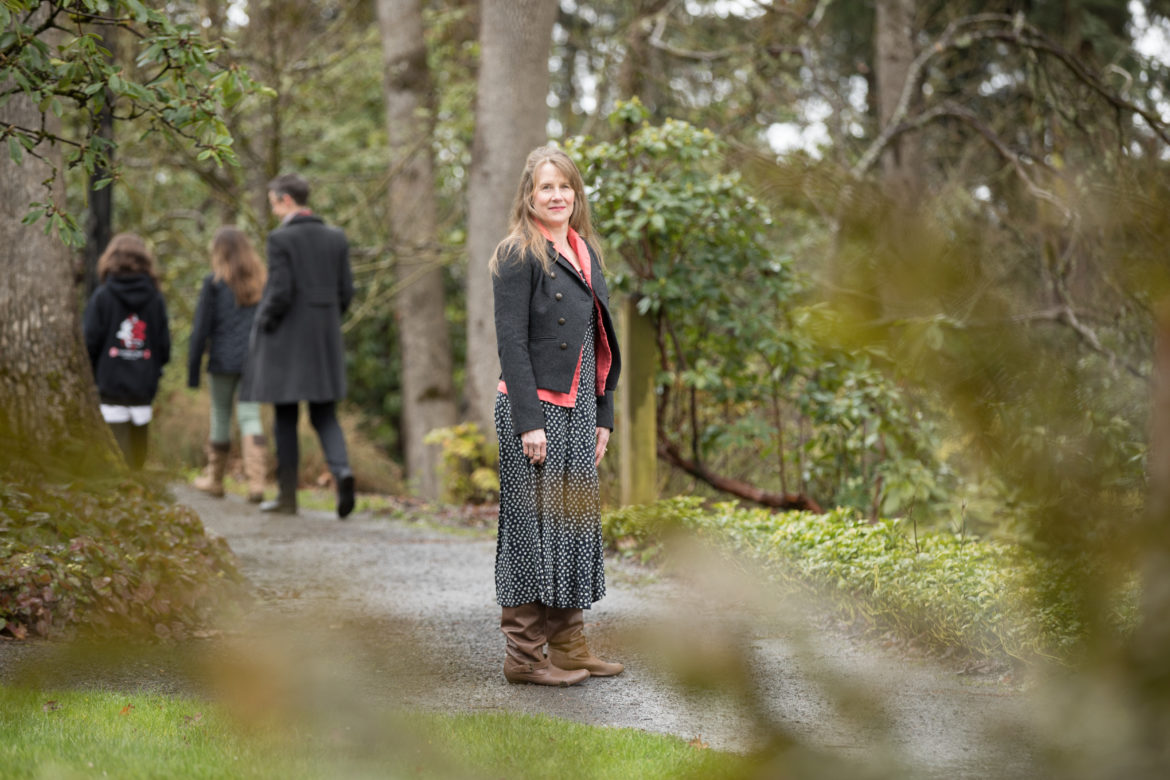 How did you start making the connection between public trust laws and climate change?

I have been a law professor for about two decades. I thought environmental statutory law was failing across the board. Agencies at the state and federal level are so politicized, they have turned statutes into a permitting system.

Hurricane Katrina struck in 2005 — I had never focused on climate change before then — and it was a real wake-up call. I thought: Statutory law will not address [climate change] in time. It’s dysfunctional. The public trust just hit the nail on the head — it is bedrock in environmental law. It represents peoples’ retained property rights.

When Hurricane Katrina struck, I thought “it’s time to return to these original obligations and enforce them.” In the 1970s all of these environmental laws were passed and the American public put great faith in these statutes. The public trust was sort of hidden, just not paid attention to. But it has always been there.

‘Statutory law will not address [climate change] in time. … The public trust just hit the nail on the head — it is bedrock in environmental law.’

In Michigan, advocates have raised public trust arguments against the state’s proposal to build a tunnel and replace the Line 5 twin pipeline in the Straits of Mackinac.

The traditional, unassailable public trust asset is a stream bed or a lake bed. When you mention the public trust in connection with the Great Lakes, that is in fact that genesis of public trust in the United States. It is indisputable: Those lake beds are held for the public and the governor of every state is a trustee.

The Illinois Central case in 1892 dealt with the shoreline on Lake Michigan. It said a state is not permitted to give away this lakefront or lake bed to a private corporation unless it determines that the project substantially benefits the public and doesn’t cause substantial impairment of the resource.

In today’s world, a pipeline going beneath the lake bed, given the number of pipeline spills, doesn’t meet the second [criteria]. Several court cases now say that it violates the trust for a governmental seat to make a decision for the primary benefit of a private party. The reason for that is because the trust property — the lake bed — is held by the citizens of the state, not the company. It’s as if you had a bank account or retirement account and they’re the trustee. They can’t use it for their benefit or their friends. It’s literally the property of the people.

If the government is using this for the benefit of a private party, it is abdicating the trust of private people. That requires a full analysis of whether the oil running through actually benefits the people of the state enough to warrant this kind of use of public property.

But you still have the substantial impairment test, and I don’t think any pipeline these days can meet that.

The state has said that this tunnel would provide energy security and better connect the peninsulas. Aren’t those public benefits?

We have to go back to the first step, which is what people have forgotten. They have forgotten that the government is actually supposed to represent the people. With all of the private stakeholders, economy and jobs rhetoric, the No. 1 point to remember is this is public property. If their trustee is managing it for the benefit of a private party, that’s patently a violation.

‘There is always the promise of jobs, security or some public benefit. The question is the primary benefit of a private company.’

The state also says tunneling the pipeline eliminates the risk of a leak in the Great Lakes.

They’re jumping way ahead of themselves. They don’t have the mindset of trustees, obviously. It sounds like they’re trying to do whatever they can to make it work for this private company. That’s the exact opposite mindset they should have as trustees. The whole idea of giving away public property for a private company just stops right there. This project sounds like it’s for the private benefit of this oil corporation. Even if there is no chance of affecting drinking water, it still violates that first element.

This twin pipeline was built in 1953. What was the consideration of public trust laws like back then?

The 1950s were before many of our environmental laws. A lot of things happened in the 1950s that would be considered illegal today.

What was not available in the 1950s was the legal responsibility. People probably didn’t understand how dangerous this was for the resource. I’d wager a bet there was absolutely no public trust analysis of what went in. That puts us to the question of: What now?

Case law makes it clear that any easement that was given without a full public trust analysis is revocable. When you have an easement on public property, you don’t have it forever. If it violated the trust the first time, it’s revocable without compensation. That’s what happened in the Illinois Central case when the state gave away the shoreline of Lake Michigan for the railroad company.

The company these days is in a legally vulnerable position. It does not have permanent rights, and if the right was granted in ways that breached the trust, it can be revoked.

Another piece of the puzzle is there are alternatives to supplying this energy to the people up north. Oil and gas certainly is not indispensable. The big climate picture is that oil and gas has to be phased out. Plans to expand or continue or build up that infrastructure just takes a company down the road of stranded assets. It’s a fallacy to think we can continue to support this.

Your latest research involves tribes invoking their rights to stop fossil fuel projects in the Pacific Northwest. How do treaty rights fit into this debate?

The Pacific Northwest was targeted about four or five years ago for massive export of fossil fuels — oil, coal and natural gas. We’re not a fossil fuel region, we just export to get them from the interior U.S. to Asian markets. There have been around 12 proposals; each one has been defeated so far. The region just rose up against them, and the tribes really led this regional resistance. They did so by invoking their treaty rights and federal trust obligation, which is separate from the public trust.

How do treaty rights apply with the tunnel plan?

There is definitely a treaty rights issue [with Line 5]. We’ve talked about the public trust, now we’re going in a different room of the law. The law has many rooms and you have to satisfy all rooms for a project to go forward.

This [tunnel] project is very similar to the Pacific Northwest export proposals. With fishing rights in treaty territory, [the project] is bound to interfere with fishing. It’s just not the governor’s discretion — it’s a matter of property rights.