Michigan foreclosures could be ripe for solar development, officials say.

Michigan officials are exploring the potential for solar energy projects on tax-forfeited properties where there is no interest from developers for other uses.

A state land bank in Michigan owns more than 4,500 properties that were obtained through tax foreclosure. Many of them are undesirable due to contamination.

“A lot of times if there’s blight or environmental issues, no one wants them and we get stuck with them,” said Calhoun County Treasurer Brian Wensauer, chairman of its land bank program.

Those are the type of properties officials are increasingly interested in as candidates for solar energy development.

“What makes solar such a great solution is there is very little disruption to the land” that would cause contamination to spread, said Josh Burgett, director of Michigan Land Bank Fast Track Authority.

Many of the sites aren’t suitable for solar, such as the nearly 1,500 parcels around Detroit, because they are too small, scattered or in residential neighborhoods. But officials have identified about 40 properties in the state land bank’s inventory where renewable energy might be the best use. 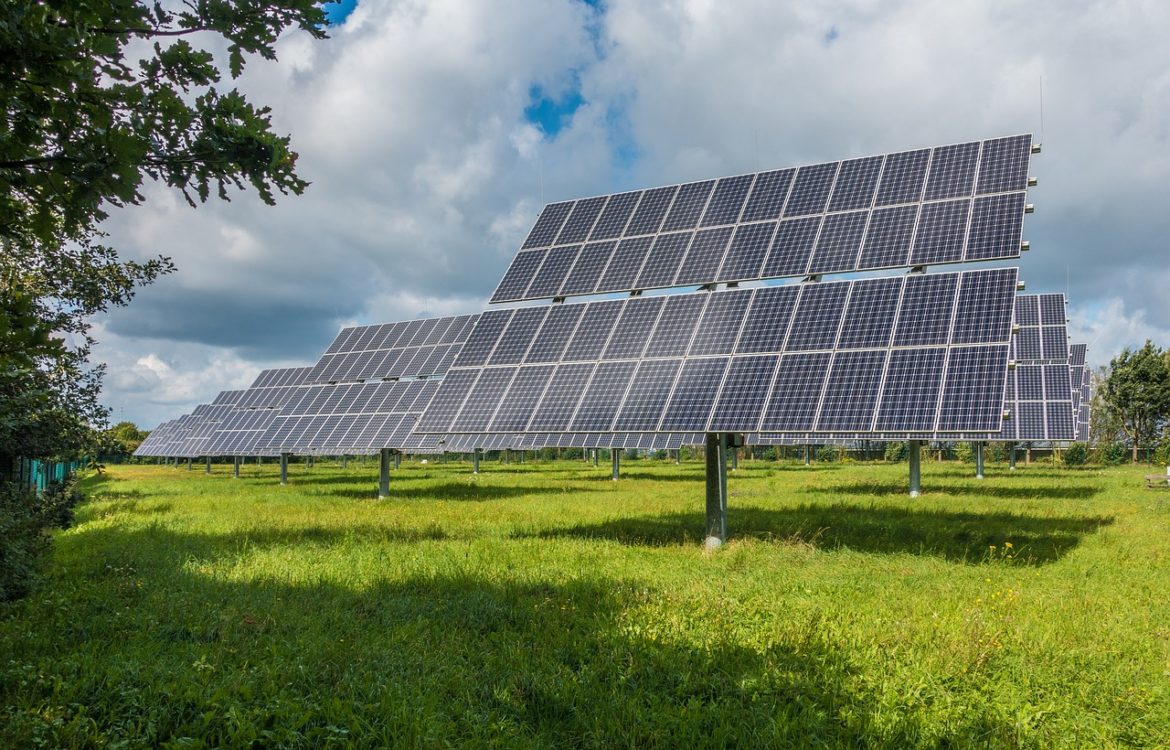 Rejected by the private market

Land banks grew in importance following the recession and housing crisis a decade ago. They created a streamlined process to deal with tax-reverted properties, which vary in size and include residential, commercial and industrial parcels, often with contamination.

The Center for Community Progress, founded by Michigan Congressman Dan Kildee, estimates there are 170 land banks across the U.S., with the greatest number in Michigan, Ohio and New York. Michigan has land banks in 40 counties and the city of Detroit.

If Michigan governmental units decline to buy tax foreclosures, properties go to public auction twice. If they remain unsold and declined again, they are transferred to a land bank. In Michigan, the entire tax foreclosure process takes three years.

“In some sense, these are properties the private market has altogether rejected,” according to an FAQ by the Center for Community Progress.

The state land bank works with the Michigan Department of Environmental Quality to determine potential reuse for contaminated sites. Since it was created in 2003, the state land bank has spent about $85 million on blight elimination and demolitions, Burgett said. Potential buyers can search for parcels online.

The potential advantage for solar projects: the land wouldn’t have to be cleaned up, just “managed,” he said. One challenge will be educating future users that the land is OK.

Developers “don’t inherit a lot of risk in taking a property like that,” he said.

So far, no solar developments have taken place on land bank-owned properties in Michigan, but Burgett and others are optimistic that might change, especially in light of Consumers Energy’s announcement this month that it will seek to develop more than 6,000 megawatts of solar by 2040.

Wensauer is interested in creative ways to reuse blighted property in the county’s possession and return them to the tax rolls. He attended a conference in Lansing this spring to explore streamlining the process between the county, state, developers and utilities.

“My question is: What can county land banks do with their inventory to utilize renewable energy sources?” Wensauer said.

As of this spring, Calhoun County — whose biggest city is Battle Creek in southwestern Michigan — had 222 properties for sale through its land bank, including agricultural and industrial sites. Wensauer said about four parcels in Calhoun County, each at roughly two-dozen acres, might work for solar development.

The Genesee County Land Bank, which the U.S. EPA has said is “widely regarded as a national model for land banks” and was the first in Michigan, has also explored the potential for solar. Genesee, which includes the city of Flint, has more than 13,000 parcels in its inventory, said executive director Michele Wildman.

Solar is “definitely something we’ve talked about,” Wildman said. “Because of the diversity in inventory type, I’d say we have something that could be used. It’s a good potential use.”

Around Detroit, land bank solar appears less likely due to the properties in the county’s roughly 1,500-parcel inventory, said Daniel Rosenbaum, executive director of the Wayne County Land Bank. Conversations about solar began there more than a year ago.

A representative with the city of Detroit’s Land Bank Authority could not be reached for comment.

“To the extent this is a higher, productive use for properties we don’t have now — it’s not something we’d be opposed to,” he said.