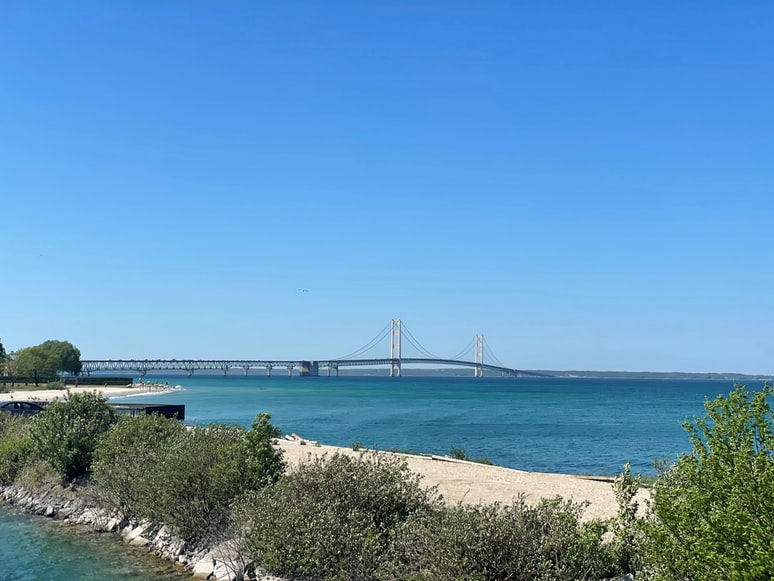 Thanks to the legal advocacy of Environmental Law & Policy Center and Michigan Climate Action Network, for the first time in Michigan history the potential climate impacts of proposed fossil fuel infrastructure will be considered during a permit hearing under the Michigan Environmental Protection Act. “This decision set precedent that climate change is within the scope of MEPA,” said ELPC senior attorney Margrethe Kearney. “This means, moving forward, MEPA can be a much more powerful tool in preventing investments in fossil fuels that create a worst-case climate scenario.”

Once climate evidence was allowed in the Line 5 tunnel siting permit case, ELPC and MiCAN leveraged that approval to submit testimony from internationally renowned experts in economics and environmental science to show that the climate damage caused by Line 5 violates MEPA and that feasible alternatives are available.

“Michigan and the Great Lakes region already experience warming at a rate 30% higher than the rest of the country, and the devastating flooding and other climate impacts we are now seeing will get much worse if left unchecked,” said MiCAN director Kate Madigan. “The evidence in this case is clear: allowing this oil tunnel will exacerbate climate change, and would work against international climate goals and the climate goals of our own state.”

“The scientists and economists ELPC and MiCAN brought in to prove the case showed that emissions from a Line 5 tunnel would result in CO2 emissions equivalent to exhaust from 6 million cars each year. Economists also showed that not building the tunnel is a feasible alternative and would have a negligible or slightly positive effect on the Michigan economy,” said Kearney.

The arc of environmental progress has relied on regulatory phase-out of dangerous practices—in this case, the combustion of fossil fuel—and adoption of newer, cleaner practices. What the experts in this case have proven is that here in Michigan we can no longer delay applying that same fundamental and tested principle to the release of CO2: To protect Michigan and the Great Lakes, we must curtail both the direct burning of fossil fuels and the infrastructure, like this pipeline, that enables that practice on a massive scale. The MPSC must deny this permit application.

Case scientists and economists have shown beyond doubt that expanding massive oil infrastructure works directly against efforts to slow global warming. Their argument is especially poignant as briefs are filed at the very moment Michigan is taking public comments on the plan for a net zero carbon future, a plan titled the MI Healthy Climate Plan.

A sampling of key scientific and economic findings in the case before the MPSC include the following:

When compared to a scenario in which the existing Line 5 pipeline no longer operates, construction and operation of the new project would lead to an increase of about 27 million metric tons CO2 annually in global greenhouse gas emissions from the production and combustion of oil. (For context, this is equivalent to about 6 million cars on the road) – Peter A. Erickson, Senior Scientist and Climate Policy Program Director at Stockholm Environment Institute - U.S., a nonprofit organization affiliated with Tufts University. Read full Erickson testimony here.

The proposed oil tunnel, and the 27 million metric tons of added GHGs it will contribute annually, will result in net climate costs of approximately $1 billion each year, and an estimated $41 billion or more in climate costs from 2027 to 2070. This is a very conservative underestimate, and is likely much more—up to $160 billion or more. (The $41 billion likely underestimates the proposed oil tunnel’s climate damage because due to data limitations this methodology currently excludes many significant health, environmental, and welfare impacts, such as wildfires, flooding and mortality from inland extreme weather, and invasive species.) – Peter Howard, PhD, Economics Director at the Institute for Policy Integrity at the New York University School of Law. Read full Howard testimony here.

A closure of Line 5 is expected to have a positive or neutral effect on the Michigan economy. Businesses concentrated in fossil-fuel activities will experience losses, but businesses with diverse investments should experience a neutral impact from a Line 5 closure, and businesses with investments in electric supply, and other “green” goods and services should benefit from a Line 5 closure. – Elizabeth A. Stanton, PhD, Director and Senior Economist at the Applied Economics Clinic. Read full Stanton testimony here.

Climate change greatly increases the risk of profound disruption of natural resources in Michigan and the Great Lakes region. We are seeing impacts including higher temperatures, greater average precipitation and more intense precipitation; these are the three types of change that have become most troubling for Michigan and the Great Lakes region. – Jonathan T. Overpeck, PhD, interdisciplinary climate scientist and the Samuel A. Graham Dean of the School for Environment and Sustainability at the University of Michigan, and Working Group 1 Coordinating Lead Author for the Nobel Prize winning IPCC 4th Assessment (2007). Read full Overpeck testimony here.

Earthjustice and the Native American Rights Fund are representing the Bay Mills Indian Community before the Public Service Commission and is filing briefs today in their case, which is separate from but aligned with the climate change case ELPC and MiCAN are pursuing. Bay Mills is a Tribal Nation that has lived along the Straits of Mackinac for centuries and retains treaty-protected access to the waterway. The Tribe has been a vocal opponent of the existing pipeline and tunnel replacement and has been battling Enbridge for nearly a decade.

Earthjustice underscored the likelihood of an explosion occurring that would cause irreparable harm to the Great Lakes and to surrounding communities due to the proposed tunnel’s design. "Enbridge’s proposal to run a liquids pipeline through an enclosed tunnel has never been done before and it creates the conditions for a catastrophic explosion in the Straits,” said Christopher Clark, attorney with Earthjustice. “This is not the right time or right place for such a dangerous experiment.”

MiCAN is a Traverse City, Michigan–based statewide network of organizations, groups, and individuals working to build and mobilize a powerful grassroots movement in the Great Lakes state to call for clean energy solutions, climate stability, and climate justice.