In a bold step to respond to the science that people have 12 years to significantly reduce carbon dioxide emissions to prevent the worse effects of a warming climate, Michigan Gov. Gretchen Whitmer today created the Office of Climate and Energy.

An associated Executive Directive enters Michigan into the U.S. Climate Alliance, a bipartisan coalition of governors from 19 other states that have committed to reducing greenhouse gas emissions consistent with the goals of the Paris Agreement.

Kate Madigan, Director of the Michigan Climate Action Network applauds the decision to create this new office by saying, “With the alarming recent climate reports from the world's top scientists and the rollbacks of our clean air and water protections at the federal level, urgent action on climate change is more important than ever. Today’s announcement shows that Michigan takes climate change seriously and aims to be a leader in promoting clean energy and fighting climate change.” 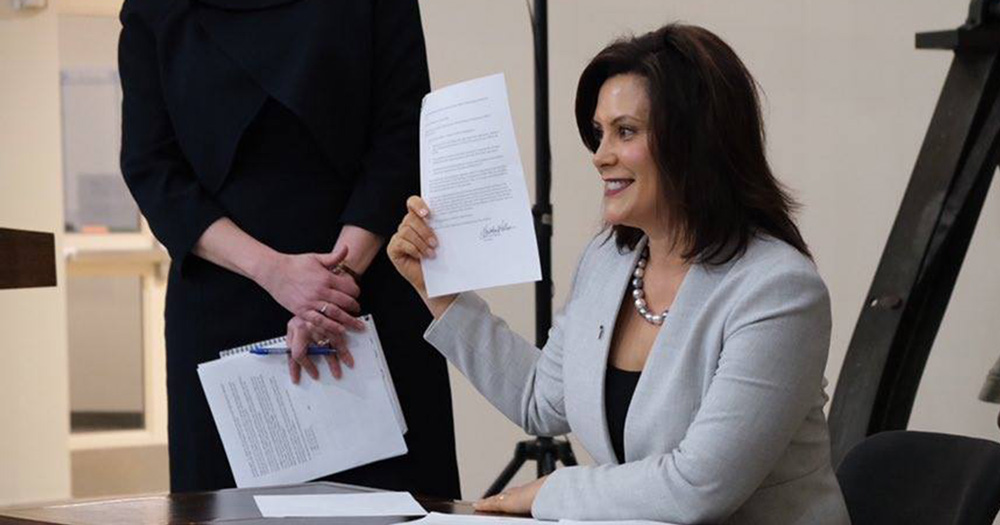 The goal of the new office is to protect the health of Michigan kids, families, and seniors by committing to reduce greenhouse gas emissions and carbon pollution.

Michiganders are already experiencing the consequences of our warming atmosphere through extreme weather, a warming Great Lakes, and drastic changes in our flora and fauna. Governments have a critical role to create policies to address reducing carbon emissions and a move toward a clean energy economy.

In October 2018, the Intergovernmental Panel on Climate Change (IPCC) issued a report that to limit global warming to 1.5˚ C requires “rapid and far-reaching” transitions in land, energy, industry, buildings, transport, and cities. Human-caused emissions of carbon dioxide (CO2) would need to fall by about 45 percent from 2010 level by 2030, and reach ‘net zero’ around 2050.

“With the alarming recent climate reports from the world's top scientists and the rollbacks of our clean air and water protections at the federal level, urgent action on climate change is more important than ever." - Kate Madigan, Director of Michigan Climate Action Network

This new Office of Climate and Energy will task Michigan with doing our part to address the changes as suggested by thousands of experts, scientists, and government reviewers across the U.S. and worldwide.