Soon, the Michigan Public Service Commission (MPSC) will decide whether or not to allow Enbridge to build an oil tunnel to replace the dangerous, outdated Line 5 oil pipeline so it can keep running for up to 99 more years. This would be a climate disaster that would undermine Michigan’s climate goals. 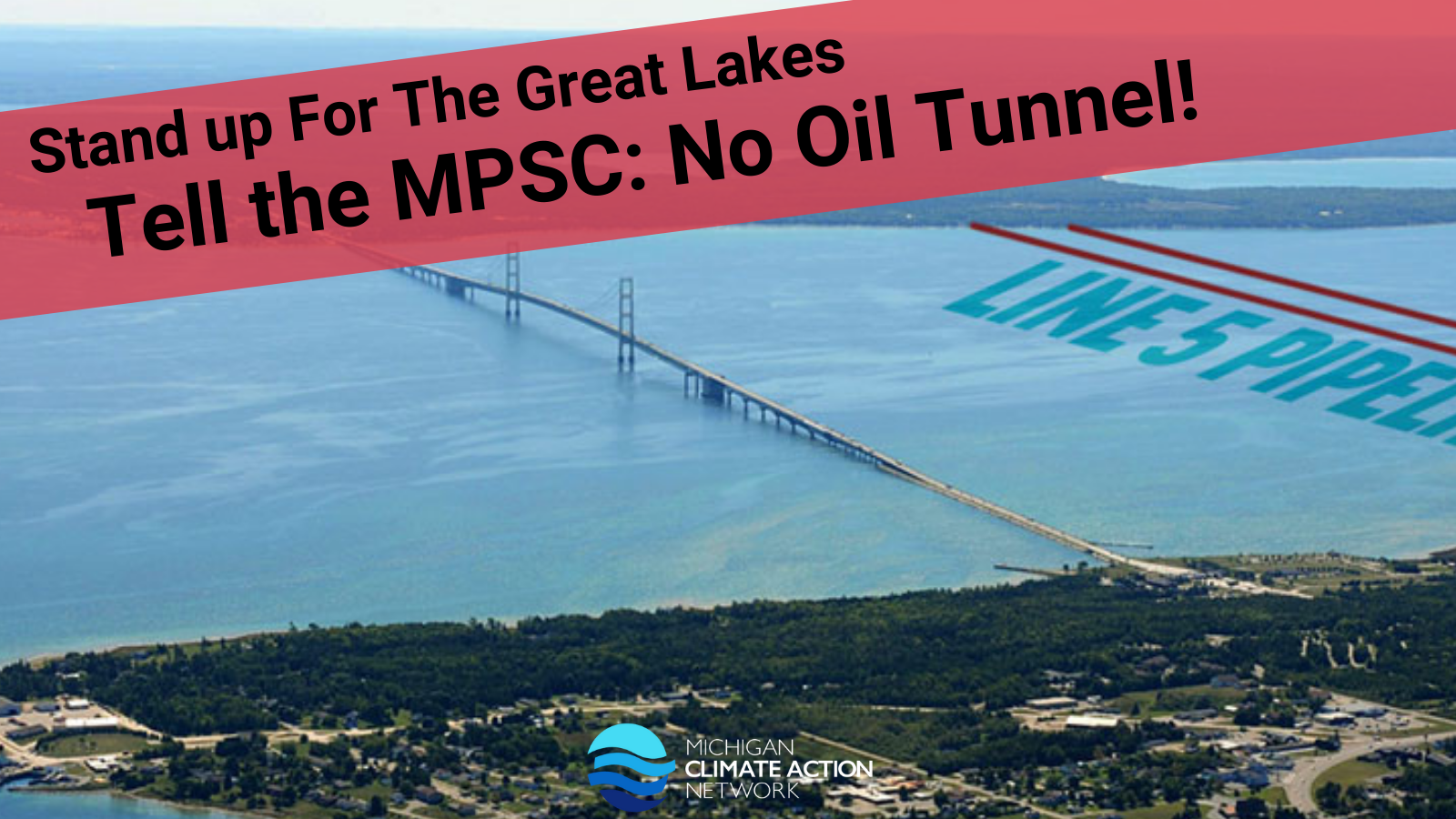 Scientists tell us we must drastically cut the use of fossil fuels in less than 10 years for a livable climate. It's time to spur a clean energy revolution and stop building more fossil fuel infrastructure.

Enbridge is spending millions to promote its tunnel – we need to make sure the MPSC keeps hearing from hundreds of people.

Send a Message to the MPSC Now!

The IPCC reports and scientific consensus make it crystal clear that we must move off fossil fuels and reject false solutions to avoid the worst impacts of the climate crisis.

The Line 5 pipeline runs through the Great Lakes and is operated by Enbridge, a Canadian oil company with a long, troubled history of leaks and negligence. The pipeline is many years past its expiration date, yet instead of shutting it down entirely, Enbridge wants to relocate the pipeline into a tunnel.

This proposed tunnel would contribute an additional 27 million metric tons of greenhouse gases every year, a massive amount equal to 10 coal plants. Allowing this oil tunnel would result in $41 billion in climate damages, according to experts.

Enbridge must first get approval from the Michigan Public Service Commission, and the Commissioners are considering the climate impacts as part of their decision – a first in Michigan! Help us urge the MPSC to say no to the oil tunnel by sending this comment as written, or customize it with your own reasons.