Lisa Wozniak, executive director of the Michigan League of Conservation Voters, recently compared the climate change debate to a frog that is sitting in a pot of water.

If you simmer the heat, she said, the frog won’t really notice. But if you start to boil the water, the frog becomes more acclimated to what is happening to it. 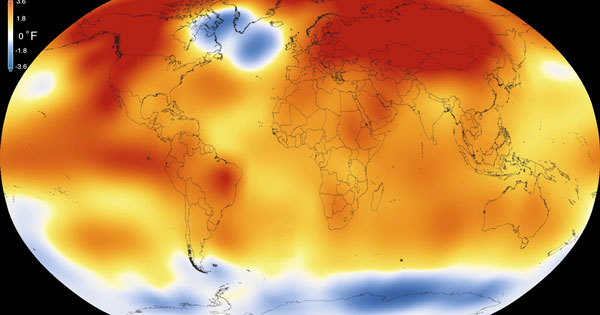 In Ann Arbor for example, the city’s average temperature in February was 37.5 degrees — nearly 2 degrees higher than the old record from 1998.

“Climate change is happening,” Wozniak said. “We know from scientific clarification that we are in the midst of a warming cycle on this planet. I think the majority of people recognize it, but they may not know what to do about it.”

The Michigan League of Conservation Voters is a nonpartisan political voice that works to protect Michigan’s air, land and water — along with educating citizens, media and legislators on key issues regarding natural resources.

Oftentimes, she said, most citizens don’t know what politicians do when they walk the halls in Lansing or Washington, D.C. So the organization releases public scorecards that inform citizens how legislators vote on certain issues, such as those related to the environment. Those are released every two years, with a governor’s scorecard released every three years.

"These months have been warmer than any other February in recorded history — which is one of the ways we can observe that climate change is happening." - Kate Madigan, Michigan Climate Action Network

The league released its most recent scorecard Feb. 22, saying “big wins” were achieved in terms of bipartisan clean energy legislation designed to reduce pollution and carbon emissions, along with creating energy-related jobs for the future.

Kalamazoo was also listed among the aforementioned, though Brandon Hoving, observing program leader and meteorologist at the National Weather Service in Grand Rapids, clarified that no real data collection took place between 1990 and 1998. Thus, that particular report is unofficial.

“The actual reporting stations are at airports in those cities,” Hoving said. “Historical data from those cities is threaded into the long-term period of record, which includes data from volunteer observers and also automated stations at airports.”

Kate Madigan, director of Michigan Climate Action Network, said February’s temperature data is both expected and alarming — due to consistent data that has revealed 15 consecutive months of record-breaking temperatures.

“This means that since records began, these months have been warmer than any other February in recorded history — which is one of the ways we can observe that climate change is happening,” Madigan said.

It’s not just a local indicator either, she said. Springtime temperatures in early months are detrimental to people like farmers. Cherry crops have suffered historically due to unusual weather patterns, and it is happening more frequently.

Another impact has been more precipitation, which occurs when warmer air holds more moisture. Rainfall has increased 30 percent in Michigan since 1991, Madigan said, and it has led to more calamitous outcomes such as floods in large Michigan cities, more runoff into lakes, and exacerbating algae blooms in the Great Lakes.

That also poses more consistency in extreme weather, which can cause injuries or fatalities due to flooding, tornadoes, extreme droughts, etc.

Read the rest of the article at C & G Newspapers