After looking at the pros and cons of solar energy for years, Escanaba is considering two alternative sites for developing a sun-powered system that would help reduce power costs for all city customers. 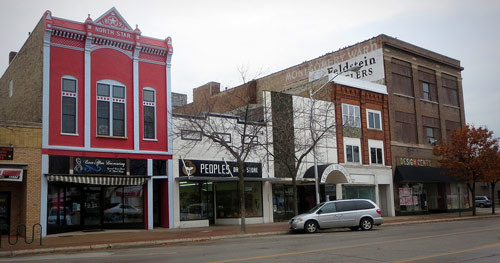 Creation of an Escanaba Solar Project on property at the Delta County Airport is among the agenda items during a special meeting of the Escanaba City Council and the Delta County Commission scheduled for 4 p.m. on May 31 at city hall.

The possibility of developing a solar energy system was recently discussed at length during the Electrical Advisory Committee’s (EAC) meeting last month. EAC member Glendon Brown, who has a solar energy system on his boat, has extensively researched the topic and presented an update on April 12.

“Utility-scale solar generation within the Escanaba electric system is expected to benefit all the electric customers — residential, commercial and large power users — by lowering costs for the entire system,” stated Brown.

A large-scale utility solar generation system would be a one-time investment powered by free sunshine for more than 25 years, he explained.

Maintenance costs would include mowing grass around the system, monitoring equipment, cleaning the panel’s exterior surfaces when necessary, and replacing defective components beyond warranties, he said, noting inverters typically have a 10-year warranty.

Read the entire article at the Daily Press