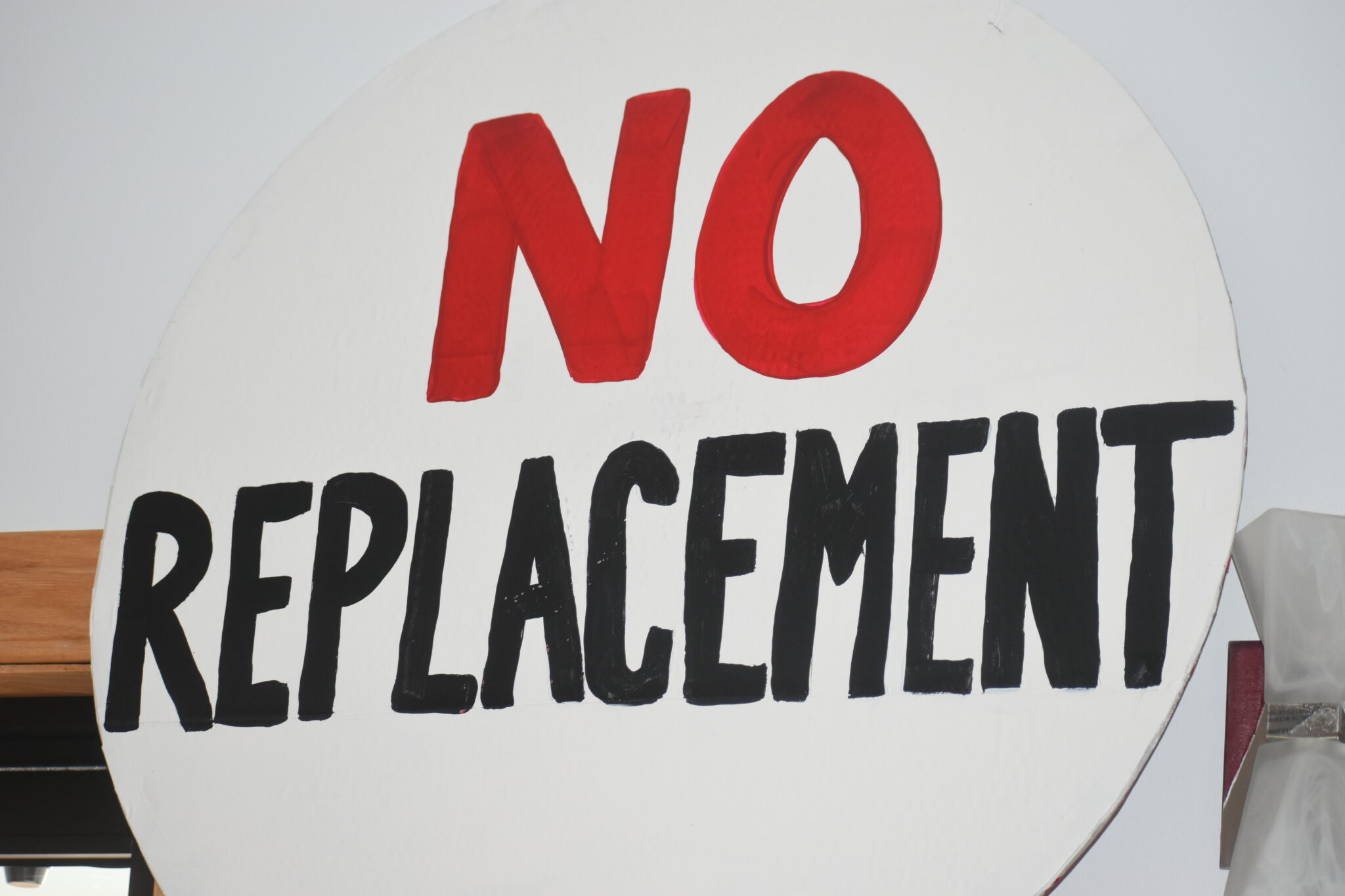 Anti-Line 5 art at the “Heart of the Turtle” international Indigenous gathering in opposition to oil pipelines, Mackinaw City, May 13, 2022.

As the U.S. Army Corps of Engineers (USACE), Detroit District, wrapped up the first comment period Friday for its forthcoming review of Enbridge’s Line 5 tunnel project, the last flurry of comments recently filed include those from the U.S. Environmental Protection Agency (EPA) and several prominent Michigan and Midwest environmental groups.

The EPA, the Michigan Climate Action Network (MiCAN) and the Environmental Law & Policy Center (ELPC) all recommended that USACE assess alternatives to the Line 5 tunnel while reviewing the project as a whole.

Other recommendations include those regarding environmental justice, tribal resources, climate change, impacts to endangered species and habitats and more.

USACE has had three public meetings since Aug. 15 as part of the process, which subjects the Canadian pipeline company’s proposed project to the highest level of federal environmental review. USACE will now use the public comments received over that time to frame their draft Environmental Impact Statement (EIS).

An EIS involves a lengthy process, and was not Enbridge’s preferred development as the company had favored a less intensive form of review. The agency will next prepare a draft EIS, embark on another 60-day comment period expected in fall 2023, prepare a final EIS and establish a 30-day waiting period in summer 2024.

A record of decision is expected to be given in fall 2024 — two years from now.

For their part, MiCAN and the ELPC filed formal comments on Line 5 primarily suggesting that the agency needs to consider climate impacts and alternatives that do not cross the environmentally-sensitive Straits of Mackinac.

The existing Line 5 continues to age and attract environmental concern. The nearly 70-year-old oil pipeline originates in Northwest Wisconsin and continues for 645 miles into Michigan’s Upper Peninsula, under the Straits of Mackinac and out into Canada near Port Huron.

Both the current pipeline and its proposed replacement are opposed by all 12 federally recognized tribes in Michigan and tribes in Wisconsin.

Gov. Gretchen Whitmer and Attorney General Dana Nessel, both Democrats, have battled with Enbridge over the last few years to have the company decommission the existing pipeline before building a tunnel-enclosed replacement. So far, Enbridge has kept the pipeline operating.

“It is the Corps’ responsibility to consider alternatives that support the demand for a rapid transition to renewable energy, not lock us into building more fossil fuel infrastructure,” said MiCAN Director Denise Keele.

In a 29-page letter, the EPA’s Oct. 7 recommendations include:

The EPA also mentions that in July 2020, the Michigan Department of Resources (DNR) sent a letter to Enbridge requesting that the company enter into an agreement with the state to provide financial assurances in the case of a Line 5 spill. The agreement, which would provide financial assurances to cover all damages and losses caused by a pipeline failure, was refused by Enbridge.

The EPA asks USACE to consider integrating that agreement into the review of financial assurances aspect of the project.