Electricity costs likely to surge in a warming world

Climate change is likely to increase U.S. electricity costs over the next century by billions of dollars more than economists previously forecast, according to a new study involving a University of Michigan researcher. 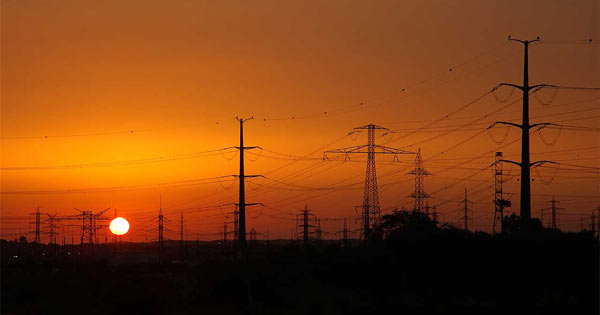 The study shows how higher temperatures will raise not just the average annual electricity demand, but more importantly, the peak demand. And to avoid brownouts and absorb these surges, utilities will need to spend between $70 billion and $180 billion in grid upgrades — power plants and futuristic energy storage systems for which ratepayers would ultimately foot the bill.

"If you look at your own bill across the year, you'll probably see that your usage is highest in the summer, when you're running the air conditioning," said Catherine Hausman, assistant professor of public policy at the Gerald R. Ford School of Public Policy.

"Climate change researchers know that when we look out over the next 100 years, things will get warmer and, on a per-person basis, use of air conditioning will rise. The question we asked was, 'On the hottest day of the year, when people are maxing out on that, can the grid handle it?' We build the grid for the hottest hour of the year."

Become part of the solution to climate change. Join the Michigan Climate Action Network to get involved.

Hausman and colleagues urge electric grid planners to keep their calculations in mind as they draft 20-year procurement plans. They also have a message for policymakers.

"This means that climate change adaptation is going to be more expensive than we thought. And so mitigation efforts become more valuable — more worthwhile — because they can prevent these costs," said Hausman, who is co-author of the study that appears in the Proceedings of the National Academy of Sciences. "Our findings should inform the cost-benefit calculations of climate change policy."

The need varies by region. The researchers examined separately each of 166 load-balancing authorities. These are regions that regulators use when they're examining the grid's reliability.

"Climate change adaptation is going to be more expensive than we thought. And so mitigation efforts become more valuable — more worthwhile — because they can prevent these costs." - Catherine Hausman, assistant professor of public policy at the Gerald R. Ford School of Public Policy

To generate their cost figures, the researchers calculated the mathematical relationship between air temperature and electricity in each region. Then they plugged that into simulations that took into account climate models and two different carbon emissions scenarios identified by the Intergovernmental Panel on Climate Change.