Today, Michigan’s Department of Environment, Great Lakes, and Energy (EGLE) approved a permit Enbridge was seeking to build an oil pipeline tunnel to replace Line 5 under the Straits of Mackinac.

The Department charged with protecting Michigan’s environment took this action in spite of clear evidence that an oil tunnel would continue to put the Great Lakes at risk of a spill and will increase the life span of Line 5 for an additional 99 years, which will accelerate the environmental impacts of climate change. 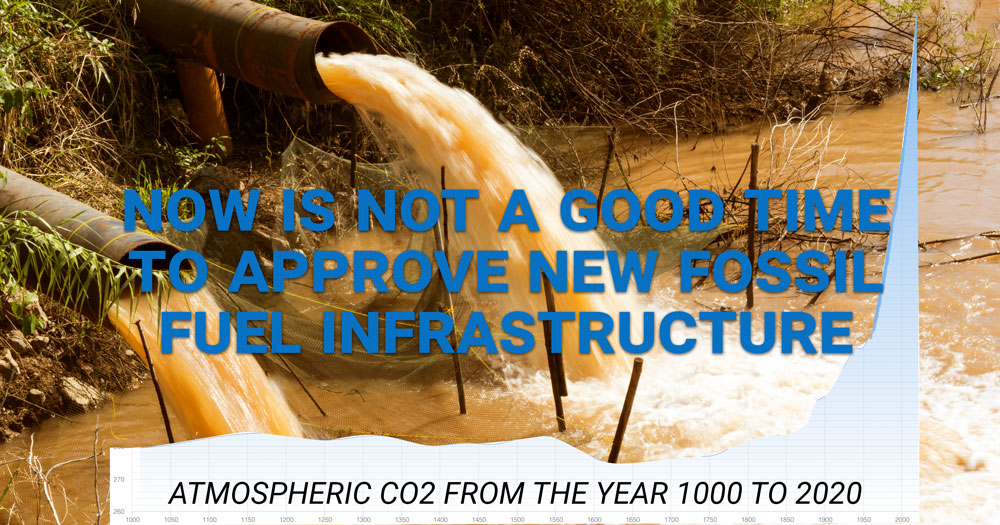 The Environmental Law & Policy Center (ELPC) and Michigan Climate Action Network (MiCAN) teamed up to intervene in the oil tunnel permits at EGLE, the Michigan Public Service Commission, and the Army Corps of Engineers to make sure the climate impacts of this tunnel are fully considered.

“While we are disappointed with the decision, EGLE’s actions today are not the end of the story,” said Margrethe Kearney, Senior Attorney at ELPC. “The Resource Permit indicated that the tunnel is still subject to the Great Lakes Submerged Lands Act, requiring Michigan’s Department of Natural Resources to affirmatively find that the tunnel project is consistent with that Act.”

EGLE’s decision comes just one day after General Motors announced it will phase out the production of petroleum-fueled vehicles by 2035 with the goal of being carbon neutral by 2040. The world’s other leading car companies are likely to soon follow, and the demand for oil will sharply fall over the coming decades.

“EGLE’s approval of permits to build an oil pipeline to operate for 99 years is starkly out of touch with the realities of the climate crisis, and undermines our state’s efforts to lead on climate.” - Kate Madigan, Director of the Michigan Climate Action Network

This decision by EGLE is also set against the bold and publicly demanded decisions by Michigan Gov. Gretchen Whitmer and President Joe Biden to transform our economy to run on clean energy. Last fall the governor announced an Executive Order to achieve a carbon-neutral economy for all of Michigan by 2050 – including transportation. Meanwhile, the president has made combating global warming a centerpiece of his administration’s work, setting policies that will create clean energy infrastructure—and thousands of related jobs—throughout our nation. This week and last, the president signed bold climate Executive Orders, including revoking the permit for the Keystone XL pipeline because it would undermine U.S. climate leadership.

“EGLE’s approval of permits to build an oil pipeline to operate for 99 years is starkly out of touch with the realities of the climate crisis, and undermines our state’s efforts to lead on climate,” said Kate Madigan, Director of the Michigan Climate Action Network. “Science has proven that global warming caused by the combustion of fossil fuels is the greatest threat today to human health and the environment, and human health and the environment are precisely what EGLE was created to protect. Yet the decision to approve the permits for the pipeline tunnel works directly against that duty. The permits say yes to the construction of fossil fuel infrastructure that is designed to deliver 23 million gallons of oil every single day for the next 99 years. Each gallon, when burned, will add to the warming of our planet and do its part to create great challenges for our children and their children and all future generations.”

EGLE’s decision to permit a 99-year oil tunnel contradicts and does harm to the very mission it is charged with fulfilling. EGLE’s mission is to protect Michigan’s environment and public health, with an office now dedicated to supporting the state in mitigation and resiliency efforts to both achieve the state’s carbon neutrality goal and help prepare communities for climate impacts. Gov. Whitmer’s reorganization of EGLE to include an office responsible for considering climate, in addition to her recent Climate Executive Directive and Order, support EGLE’s legal obligations to include greenhouse gas emissions and the associated climate change impacts in the Agency‘s consideration of Enbridge’s permit application.

This decision, along with other disappointing permitting decisions by EGLE over the past year, demonstrates that the Department feels constrained in fully accomplishing its mission because of statutes that prevent the agency from undertaking a robust review. ELPC and MiCAN support urgent policy change to allow EGLE to fulfill its mission.