Detroit finished a project to replace all its streetlights with LED lights, saving millions of dollars and preventing thousands of tons of carbon to be released into the atmosphere. 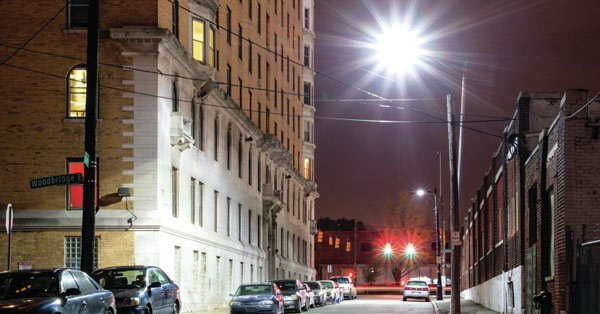 MLIVE REPORTS: DETROIT - After three years of work, the gargantuan effort to install 65,000 LED streetlights across the city was completed Thursday when the final stretch of lights to be replaced were turned on near the intersection of Riopelle and Atwater streets, just outside of downtown.

Knocking out the prior, often-out-of-service system that plagued Detroit's streets for a generation was the handiwork of the Public Lighting Authority, which was created in 2013 to design and implement the new lighting network.

The authority, with the backing of Mayor Mike Duggan, saw to the completion of the project one year ahead of its original schedule, also managing to fly in under the allotted budget.

Read the entire story at MLIVE

The annual savings to Detroit was reported earlier as approximately $23 million.  Because they use far less energy than conventional streetlights, the new LED lights will prevent a significant amount of carbon from being released into the atmosphere, which is ideal for the climate and an energy efficiency success story.