As Michigan utilities and policymakers grapple with how to replace lost generation from retired power plants, a pair of recent studies suggest better management of demand can be a major part of the solution – saving ratepayers money in the process.

The reports suggest that demand response efforts — or incentives meant to decrease energy demand during peak periods — can effectively limit the need for new natural gas plants in particular, which are the favored option for utilities moving forward as a relatively cheap, baseload source of energy.

Advanced Energy Economy Institute released a report Friday showing that Michigan could offset a projected 2,000 MW summer demand increase in the Lower Peninsula through 2026 just through demand response programs. In addition to avoiding or limiting the need for new power plants, it would also save ratepayers up to $1.2 billion, the report added.

Meanwhile, the Michigan Agency for Energy and the Michigan Public Service Commission released a report in late January with similar conclusions. The report was the result of an inquiry to the Midcontinent Independent System Operator about capacity constraints in the Lower Peninsula under certain circumstances, including nuclear plant closures.

“It seems that it will be necessary for Michigan (load serving entities) to follow through with their current plans for demand response development,” the MPSC report notes. “The demand response programs become increasingly important when the system is stressed due to high demand and/or unexpected plant outages.”

The MPSC report added that demand response programs would be the “most cost-effective way” to “provide significant contributions toward meeting near-term capacity requirements” and delay the need for additional peaking capacity. 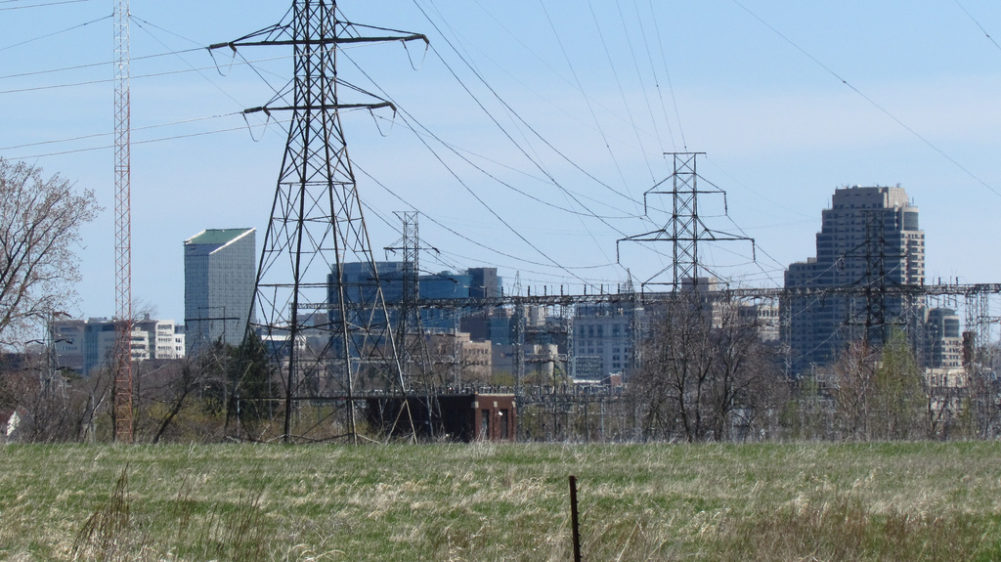 Programs for all customers

Demand response programs highlighted in the two studies show the potential for residential, commercial and industrial ratepayers. The changes in supply and demand will largely be driven by coal retirements, “reduced competitive generation supply,” increased deployment of smart meters and other Midwest market changes, AEE says.

Demand response programs may work especially in the Lower Peninsula, where resource constraints typically happen during hot weather and increased air conditioning use in the summer, meaning “peak demand events that drive potential capacity shortfalls are predictable and good candidates for management,” the AEE report adds.

Commercial and industrial programs pay those customers who voluntarily reduce their power usage during peak times. For residential customers, the AEE report considered time-of-use rate structures, where rates increase during times of high demand, and “connected thermostat” programs where participating customers have demand reduced by the utility when needed.

AEE estimates more than 70,000 connected thermostats have been installed in the Lower Peninsula, which by 2026 could exceed 500,000 and “deliver 150 MW of peak demand potential” in one scenario. Meanwhile, Michigan is one of two states leading the Midwest in smart-meter deployment, enabling utilities to take advantage of demand response.

And adding this technology to dynamic rate structures “has been shown to double the peak demand reduction compared to rates alone,” the AEE report says.

The MPSC report considered multiple scenarios in which demand grows over the next 10 and 20 years, with varying degrees to which natural gas and renewable-based capacity is added based on the amount of demand response deployed. Multiple scenarios over the next 20 years show the need to build several thousand megawatts of new natural gas plants along with more renewable generation and demand response.

DTE “has one of the largest residential direct load control programs in the country,” the AEE report notes, adding that a DTE evaluation of 1,500 customers on time-of-use rates “combined with critical peak pricing” led to an average peak demand reduction of about 15 percent. The utility offers an air conditioning cycling program and controlled water heating, as well as various time-of-use rates.

“The opportunity for demand response is considerable, and both studies show that we can avoid building one to two large power plants and save ratepayers a couple billion dollars.” - Douglas Jester, partner at 5 Lakes Energy in Lansing

For customers with smart meters, Consumers offers cycling of air conditioners and other time-of-use programs, according to spokesperson Brian Wheeler.

“We see demand response as an important part of our energy plans following last year’s closing of our seven coal plants and the potential closure of the Palisades nuclear plant in late 2018,” Wheeler said in an email. “Demand response programs also can help our customers keep costs low and benefit the environment.”

Until now, though, the extent of demand response programs has depended on what utilities have been willing to propose in rate cases before the MPSC, said Douglas Jester, a partner at 5 Lakes Energy in Lansing.

Major energy bills passed by the legislature in December create more demand response incentives for utilities, including allowing them to earn a rate of return on such investments, similar to building a power plant. Utilities will also be required to consider demand response in upcoming Integrated Resource Plan filings.

Jester has testified before the MPSC in past rate cases for both DTE and Consumers that sought to deploy demand response programs. He said there is “nothing terribly surprising” about the AEE and MPSC findings, “Except that we haven’t done it yet.”

“We hide the fact in our rates that the cost of providing power varies considerably from time to time,” Jester said. “The opportunity for demand response is considerable, and both studies show that we can avoid building one to two large power plants and save ratepayers a couple billion dollars.”

Jester said Michigan is “in the middle” of states that are being aggressive about using demand response effectively as a resource. He believes DTE and Consumers have been “more modest than necessary” in their proposals, but that going forward there will need to be more done to inform customers about what’s available or even enrolling them in programs on an opt-out basis.

“It would be entirely feasible and economically reasonable to meet our needs for the next decade or more with increased energy efficiency, demand response and renewables,” he said. “But utilities are more comfortable with dispatchable power plants, and the economic incentives are for them to own power plants. I anticipate we will have some (gas plants) built.”