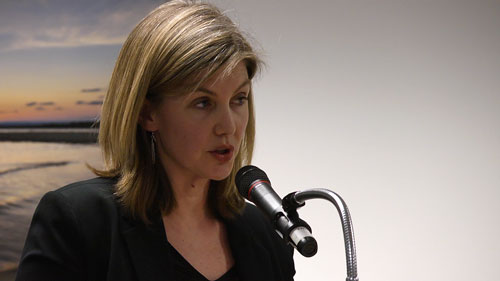 The plan is a collection of emissions standards imposed to reduce pollution from the largest emitters of greenhouse gasses by 32 percent below 2005 levels by 2030. It would result in improved air quality and prevent as many as 90,000 fewer asthma attacks each year and save lives. Rolling back the Clean Power Plan would make it much harder for the U.S. to meet its commitments under the Paris Climate Agreement.

“The EPA’s proposal to rollback the Clean Power Plan is a giveaway to the fossil fuel industry with no regard for what is best for the health and prosperity of Americans,” said Kate Madigan, director of the Michigan Climate Action Network (MICAN). “It is stunning that this announcement comes at the very time our nation is reeling from hurricanes and wildfires, which are made worse by climate change. We need more action to prevent climate impacts, not less.”

Madigan added, “Michigan is moving away from coal-fired power plants, but the Trump EPA wants to continue investing in these dirty power generators, charge consumers for updates to existing plants, and keep coal running longer.”

The recent announcement by Lansing Board of Power & Light to shutter its Erickson Power Plant by 2025 was welcomed news in Michigan, and a statement that our state recognizes the need to reduce carbon pollution not just because of the economics of coal, but because it sees its future in providing the jobs an better health that renewable energy infrastructure can bring to our state.

Madigan added, “It’s an immoral decision to roll back the plan because it ignores the science and evidence that zero carbon power generation is possible and necessary for the health of our citizens and our state’s economy. This decision goes against the obligation that the EPA has to protect public health and our environment.”

“The EPA’s proposal to rollback the Clean Power Plan is a giveaway to the fossil fuel industry with no regard for what is best for the health and prosperity of Americans.” - Kate Madigan, director of the Michigan Climate Action Network (MICAN)

Former EPA administrator, Gina McCarthy, who helped finalize the Clean Power Plan, said that the science dictates that the plan remains in place. The EPA took these steps to limit carbon pollution because the law and science told them to.

“The current administration is choosing to deny the science of a warming planet and deny our children’s right to health and a livable planet,” said Madigan. “The courts recognized that we must try and limit carbon emissions, but the law also states that we must do so.”