Before the Flood Screening 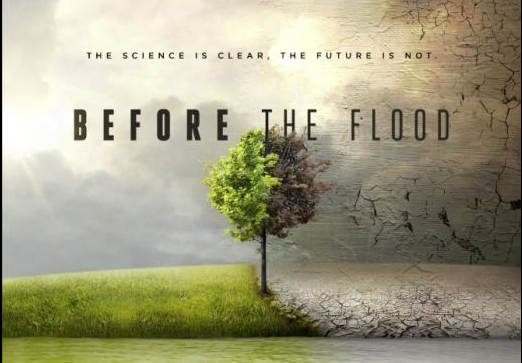 The Northern Michigan Chapter of Citizens Climate Lobby is pleased to announce a special screening of "Before the Flood" at The Garden Theater.

From Academy Award-winning filmmaker Fisher Stevens and Academy Award-winning actor, environmental activist and U.N. Messenger of Peace Leonardo DiCaprio, "Before the Flood" presents a riveting account of the dramatic changes now occurring around the world due to climate change, as well as the actions we as individuals and as a society can take to prevent the disruption of life on our planet.

This epic documentary, presented by National Geographic, features Leonardo DiCaprio on a journey as a United Nations Messenger of Peace, traveling to five continents and the Arctic to witness climate change firsthand.

DiCaprio goes on expeditions with scientists uncovering the reality of climate change and meets with political leaders fighting against inaction. He also discovers a calculated disinformation campaign orchestrated by powerful special interests working to confuse the public about the urgency of the growing climate crisis.

With unprecedented access to thought leaders around the world, DiCaprio searches for hope in a rising tide of catastrophic news.

Citizens' Climate Lobby, Michigan is one group building the political will to solve climate change. Northern Michigan’s rapidly growing CCL chapter is one of the hundreds worldwide, using citizen engagement and respectful relationships to push Congress toward action.

Admission to the film is free and CCL volunteers will be on hand to share information about the mission of the organization, current actions, and reasons for hope.