Plans to build natural gas plants to replace coal-fired generation in Michigan are facing scrutiny from advocates looking to ensure renewable energy and energy efficiency are also being considered.

The Michigan Public Service Commission is considering a request by the Upper Michigan Energy Resources Corp. (UMERC) to build two gas plants totaling 183 megawatts in the Upper Peninsula to replace a 62-year-old coal plant in Marquette. 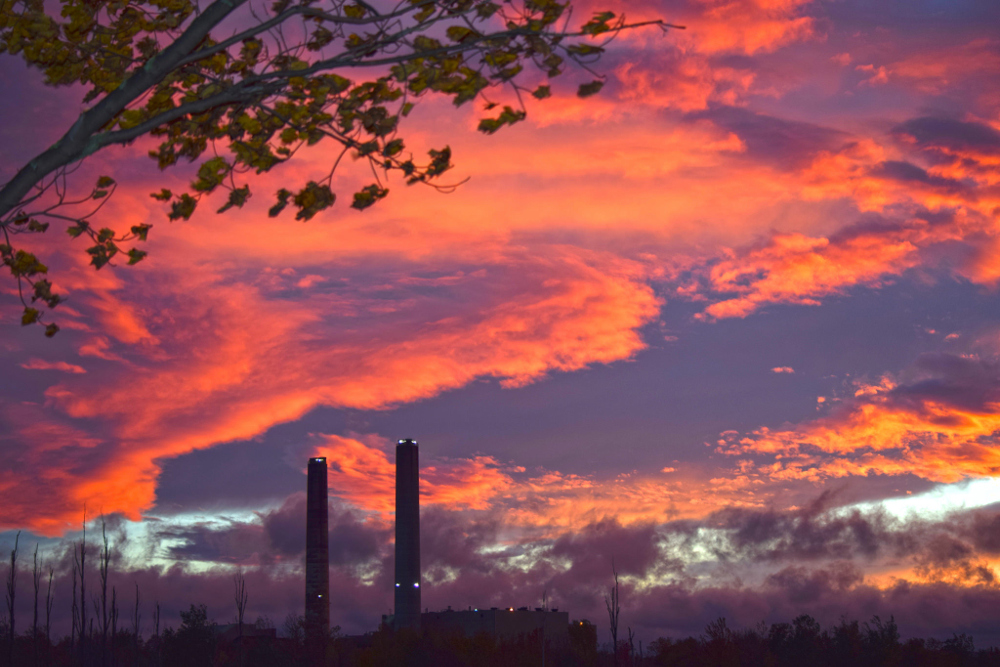 While the projects are in different stages of development and are on a vastly different scale, clean energy advocates say there are similarities in determining what comprises Michigan’s future energy mix and how reliant the state will be on natural gas as aging power plants are retired.

“Coal plants just aren’t economic to run anymore, and most utilities are planning to take coal-fired units offline — the question is what that will be replaced with,” said Margrethe Kearney, a Michigan-based staff attorney for the Environmental Law and Policy Center, which is intervening in both proposals before the MPSC.

In regulatory filings, Kearney has criticized the process around UMERC’s plans in the Upper Peninsula, saying the utility inadequately considered renewables, energy efficiency and demand response to meet reliability and capacity needs for the area.

Essentially, the group questions the amount of natural gas that’s being called for, also noting that the plants would be Reciprocating Internal Combustion Engine (RICE) instead of cogeneration units that could make use of excess heat energy that is otherwise wasted.

Kearney and other advocates are still studying DTE’s proposal, but they want to ensure the utility has fully considered clean energy in its modeling.

“DTE has made some real progress in terms of committing to more renewable energy going forward and they have acknowledged climate change is a serious issue — I commend them for that,” Kearney said. “Our interest is to make sure when making such an enormous investment that it’s really forward-looking and we’re not just saying: ‘These coal plants are coming down so we’ll replace them with the same thing just a different fuel.’ We need to look at what the future of energy will look like in the U.S. and Michigan and what the grid will look like in 10 to 20 years.”

The proposal, she added, “really needs a lot of attention and analysis.”

Replacing coal in the U.P.

The Upper Peninsula’s energy future has been under considerable debate for the past several years as the aging Presque Isle Power Plant in Marquette nears closure. Its owner, Wisconsin-based We Energies, has sought to close the plant but the regional grid operator has required it to stay open to maintain reliability and capacity needs.

This has led to a host of issues around the costs for doing that, particularly those borne by U.P. ratepayers, who already pay some of the highest electric rates in the country.

With help from Gov. Rick Snyder’s administration, We Energies and Cliffs Natural Resources — which runs the Tilden Mine in the area that would be the largest customer of the new gas plants — reached an agreement over the next form of generation.

Under the $277 million plan, the Presque Isle plant would be retired no later than 2020. Pending final approval, UMERC hopes to start construction on the plants later this year or early 2018. UMERC was created in 2016 as a Michigan-only utility for electric and gas customers of Wisconsin Electric Power Co. (WEPCo) and Wisconsin Public Service Corp.

However, multiple entities have filed opposition with state regulators, ranging from clean energy considerations to how costs are allocated among ratepayers. For example, in its integrated resource planning, UMERC only considered scenarios in which renewable energy replaced 100 percent of the capacity needs.

“My concern is that they didn’t model any combined-source solutions, and whether they could reduce some of the gas generation and replace it with renewables or energy efficiency or combined heat and power,” Kearney said. “The problem here is before the company even ran an (integrated resource plan) they had already reached an agreement with Tilden Mine to build 183 megawatts in RICE units.”

“It’s a process concern,” Kearney added. “We want the process to work correctly because if it doesn’t then the people who get hurt are the customers.”

Other U.P. utilities are also concerned about the potential for plant costs to be shifted to other ratepayers. An analysis done by Indiana-based Power Bureau on behalf of the private company GlidePath Development, which claims to have made a less costly offer to build the plants, also says the plan would overcharge ratepayers by hundreds of millions of dollars over the 30-year life of the project.

UMERC spokesperson Brian Manthey dismissed these cost concerns, saying the project has been thoroughly vetted by state regulators. He also questioned the timing of the analysis.

“This process has gone on for most of the year. Everyone with a chance to provide an alternative has had the opportunity to do so,” Manthey said. “At this point we feel this proposal, which is supported by a number of stakeholders, would be best in securing a reliable energy solution for years to come.”

As for clean energy options, Manthey said those “would not have met the reliability that’s needed at this point.”

“No one … disputes that the RICE facilities … will be cleaner, less expensive, and more efficient than the coal plant they are replacing,” MPSC staff wrote. “Neither is it disputed that the RICE facilities will anchor power supply in the Upper Peninsula when WEPCo retires Presque Isle, while leaving room to reduce waste and develop more solar and wind resources in the future.”

MPSC staff also agreed that UMERC’s non-mining customers will save $161 million “in net present value over 30 years compared to the next best alternative.”

Lansing-based consulting firm 5 Lakes Energy, while not formally intervening in the U.P. case, earlier this year unveiled a modeling tool to help determine what the region’s future energy mix should look like, based on a variety of future natural gas prices. The STEER-UP model is meant to provide alternatives to the type of analysis that utilities do in planning their future resource mix.

David Gard, a senior consultant with 5 Lakes Energy who helped develop the model, said there are “fundamental realities” emerging that depend largely on future gas prices.

“One thing we see in the U.P. that is similar to elsewhere is that large amounts of energy efficiency and demand response are always cost effective and lower utility bills,” he said. “What we also see again and again is this relative mix between renewable energy and natural gas plants is highly sensitive to the expected price of natural gas. Therefore we can conclude that significant amounts of natural gas are a risk, since prices are comparatively low these days.”

In the Lower Peninsula, a similar approval process will now play out after DTE Energy announced plans for a $989 million, 1,100-MW gas plant it wants to build in St. Clair County. The utility says it is an “ideal” site due to its proximity to three natural gas pipelines, multiple transmission lines and its existing power plants.

The plan is part of the utility’s broader shift away from coal, which it expects to completely retire by the early 2020s, said Irene Dimitry, DTE’s vice president of business planning and development.

Under energy legislation passed last year, utilities are required to do long-term, integrated resource planning. Dimitry said that process included “months and months of analysis and putting together models, scenarios and sensitivities to include different possible futures, and what might change in terms of costs, fuel prices and how much our customers will need.”

For its latest proposal, Dimitry said DTE “ran over 50 different scenarios with sophisticated modeling to identify what the most reasonable and prudent options are.”

“In almost every single case, the next big investment for our portfolio would be a natural gas plant of this size, considering the coal plant retirements we already announced,” Dimitry said.

Outside of this single plant proposal, Dimitry stressed that the utility is also planning to add more renewables after the state’s 15 percent requirement sunsets in 2021. DTE also has a goal to reduce its carbon emissions by 80 percent from 2005 levels by 2050.

After DTE’s announcement, clean energy groups were quick to say that they would be closely watching the proposal move forward.

While it’s early, “What seems clear to me is they’re proposing to do exactly as much as is required for renewables and efficiency,” said Becky Stanfield, senior director of western states for Vote Solar. “Some of the steps they took are the next logical steps to figure out what demand is going to be and look at an array of options, the question is whether they did those steps in a way that is trying to get to a particular outcome. Or was it done in a way that gives all resource options a fair shot?”

Generally, Stanfield says natural gas is “going to be part of the resource mix for some time,” but that decarbonization of the electric sector should be the main priority.

“If we can find ways to minimize the amount of new natural gas we’re building, there will be less to replace over time with renewables,” she said, adding that integrated resource planning — if done correctly — can be valuable in determining future plans.

Dimitry agrees, saying that the new energy laws requiring utilities to do integrated resource planning will give an in-depth and open look at future scenarios.

Ongoing integrated resource planning, she said, “Creates visibility and transparency in our plans and gives regulators oversight and a view in how reliability will be maintained for Michigan in the long term.”