5 Paradoxes of COP26—And Possibilities for the Climate Movement

After COP26, those concerned for climate justice clearly still have work to do. In its aftermath, there are lessons to draw and work to do for climate-concerned activists and organizers, businesses, and politicians. 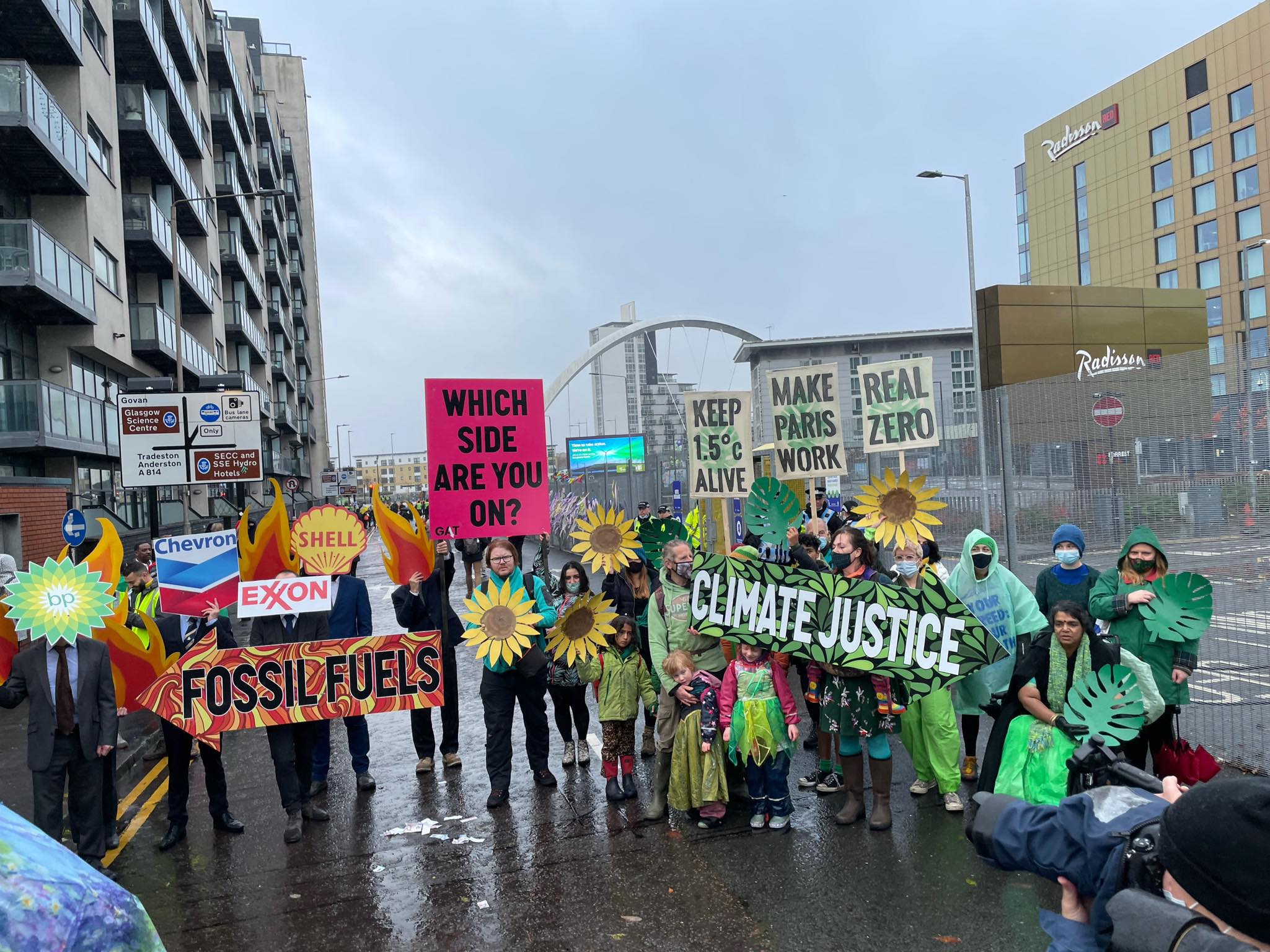 Much has been made of COP26’s outcomes. Even from within the grounds, the progress was difficult to follow. But weeks after its conclusion, COP26 still seems far from transformative. After new commitments from the world’s countries, we are still on track for 2.4°C of warming—a drop of only around .3°—far from the ambition needed to keep to 1.5°C and prevent the most catastrophic future climate impacts.

To be sure, COP26 was laden with expectations. It took place after a two-year, COVID-induced hiatus, months after the latest IPCC report called a “code red for humanity,” and in a year of devastating climate impacts across the world, including here in Michigan and other Global North locales where they were not expected to arrive so severely and so soon.

Here is What I'm Taking Away From My Experience of COP26

Despite the pressure that civil society and the most affected countries put on wealthy and powerful countries, COP26 ended with a good deal of disappointment. In its aftermath, there are lessons to draw and work to do for climate-concerned activists and organizers, businesses, and politicians. This would be true regardless of COP26’s outcomes but especially given its shortcomings.

From what I saw and heard at COP26, here’s what I’m taking away from the event—some paradoxes along with the possibilities they reveal for further climate advocacy:

Activists made their presence known at COP26, pushing leaders to do more, including in the final Glasgow Climate Pact. This shouldn’t be diminished. But it is also clear that the fossil fuel industry, which had the single largest delegation in the official UN Blue Zone, remains powerful—for now.

For the first time in a COP document in decades(!), fossil fuels (and specifically coal) were called out in the text. The language was ultimately watered down and stopped well short of declaring the need to phase them out quickly or provide a timeline. Given that these products are the main drivers of climate chaos and communities are suffering today because the most powerful nations haven’t yet acted accordingly, this is inadequate. But it is a signal nonetheless. 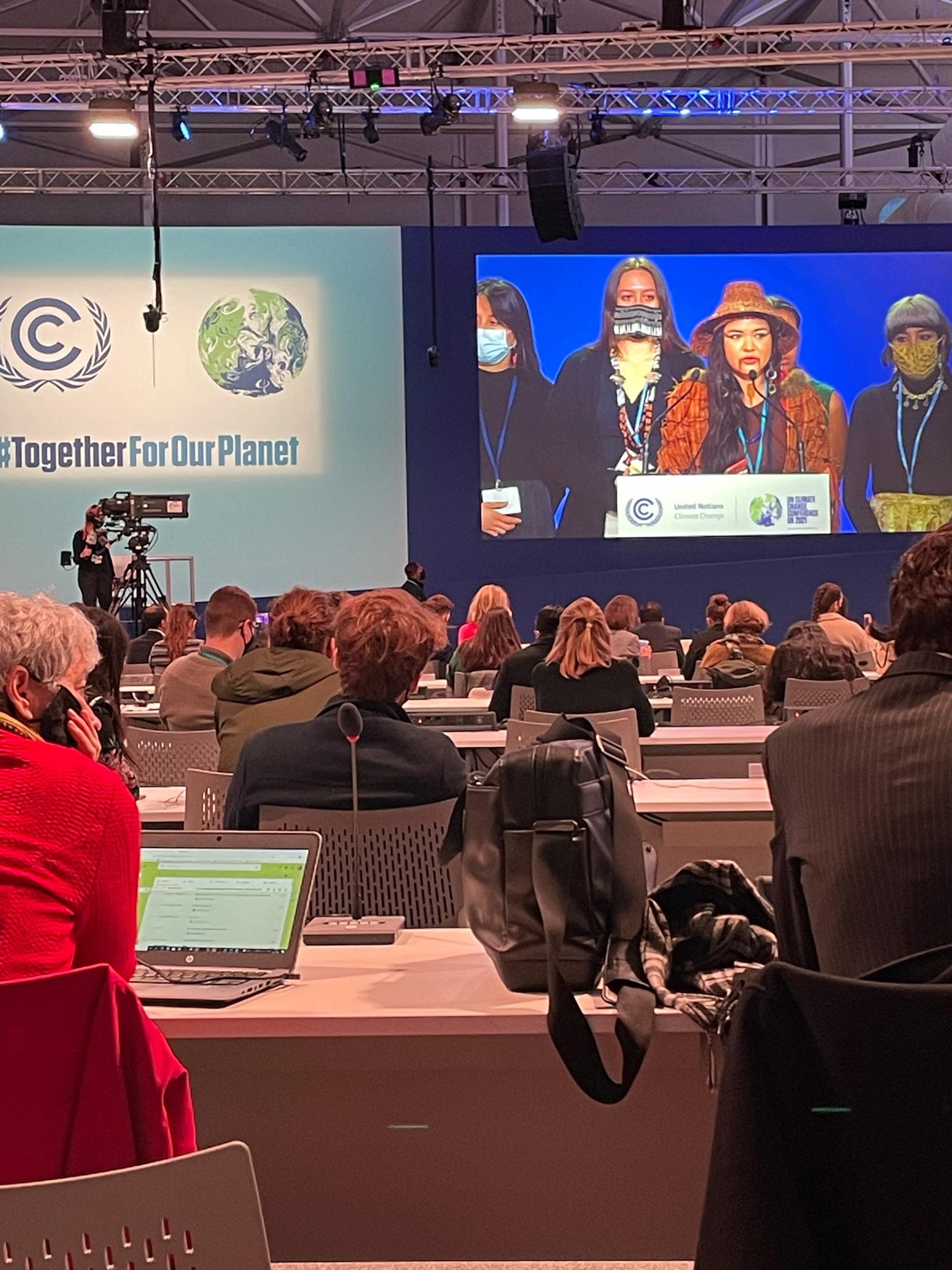 2. Indigenous peoples led. And were excluded, underrepresented, and disempowered, along with civil society observers from around the world

Even if it wasn’t widely reported, every civil society event of note around COP26 (marches, rallies, march-outs) featured Indigenous leadership, who faced huge barriers to attending COP26. Moreover, the Indigenous leaders who got into this COP had unprecedented avenues to interface with decision makers. (One of the best sessions I attended was Indigenous Knowledge Holders sharing their perspectives with the UN.) But the representation and access they had did not match the level of participation they sought. COP26 saw small wins for Indigenous leadership, but these fell short of their demands.

Exclusivity was an issue at COP26 in general. Despite the pre-summit pronouncements that this would be the most inclusive COP, it may end up the least. (Leah Thomas described this well: “As a Black Environmentalist, I Wanted So Much More from COP26”) I too found it to be frustrating to navigate with a non-governmental badge. Fewer sessions at this COP were open to civil society observers, many of whom overcame significant barriers to be there. Many of us believe this affected the outcomes.

3. Justice has shifted the conversation. And actual justice was forestalled

In the two years since the last COP, climate justice has become a more dominant global frame for climate action. Justice language increasingly highlights frontline activists’ and the most affected countries’ longstanding demands: for Climate Funding to help them transition to low-carbon economies, and Adaptation and Loss and Damage compensation for the climate impacts they have suffered and anticipate.

Before and during the COP, there was huge energy around Loss and Damage in particular. It was a lit sign at the People’s Climate March; it was in the stories of many people I spoke with in Glasgow. Even though actual funding for Loss and Damage was ultimately stymied by a few wealthy countries at COP26 (including the U.S.), the call for justice will not go away.

I heard experienced COP-goers note a change since Paris in 2015: if before, climate change was spoken of more as a management problem, conversations in Glasgow now reflect that it is also centrally a moral problem. Thanks to activists, climate action is increasingly evaluated by its relationship to justice. The frame is changing.

4. Creativity was all around COP26. And the Blue Zone was mostly staid

I will partly remember this COP for the times expressiveness cut through the formality: the chants from the People’s March and the Friday Blue Zone march-out, the performances of musicians, the clever demonstrations within the halls, and the protest signs and art outside.

The official Blue Zone was mostly what you would expect of a political summit-meets tradeshow of sorts—if the subject at hand was not the climate emergency. Though the negotiations and plenaries were important, they often failed to convey the high stakes of the task. It was a welcome change when hundreds of badgeholders marched out of the Blue Zone on the final Friday to protest the inadequate draft agreement. Frustrations were channeled into marching and chanting, and the whole venue had to take notice—while final negotiations were underway.

Movement spaces surrounding COP26 were relational and empowering—even as the cause was urgent and serious. This kind of creativity helped badgeholders to envisage, in the words of one rally song: “a new world built in the shell of the old.” 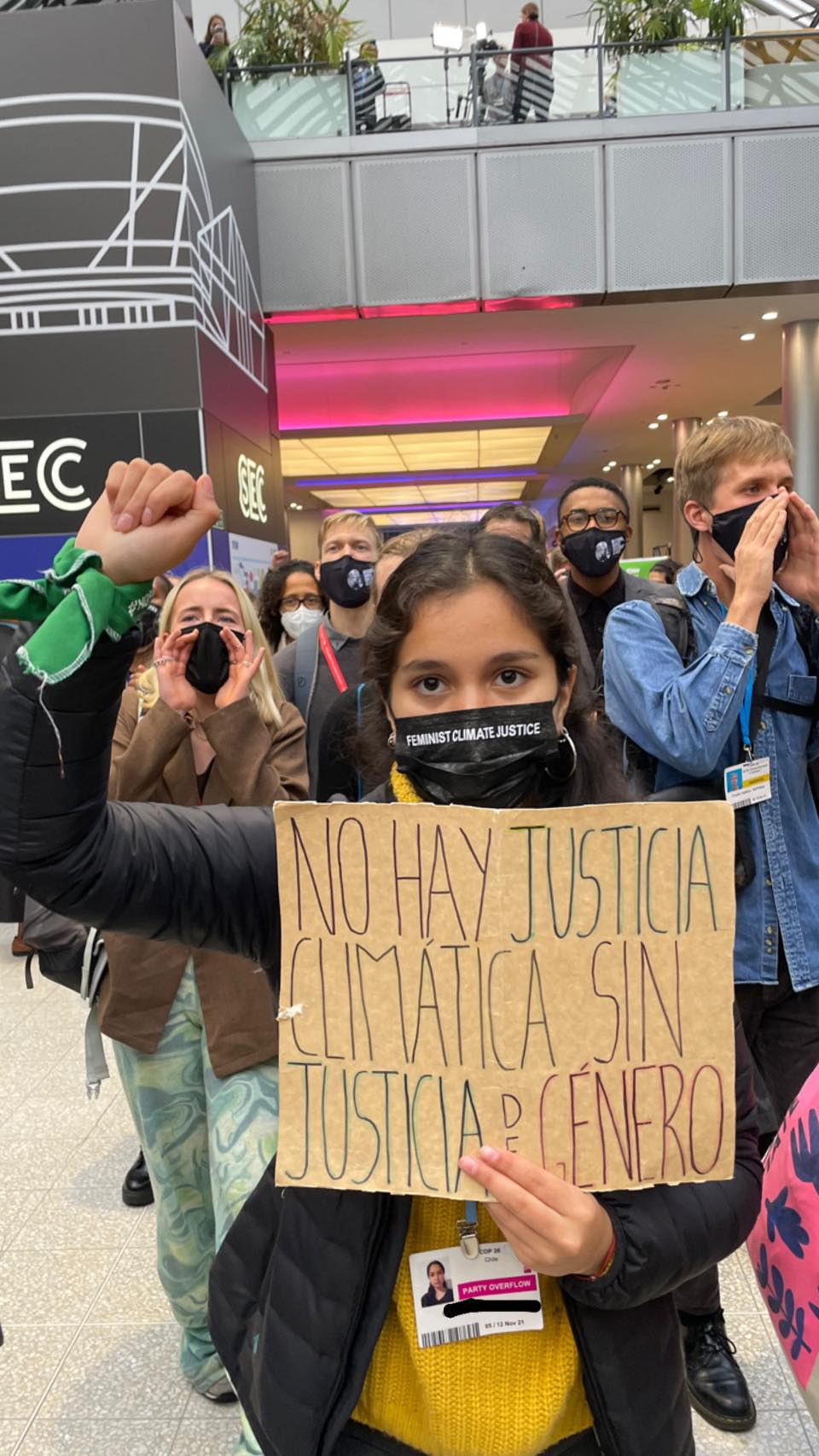 5. We need grassroots movements. And national and subnational politics

COP26 saw notable political gains, but current politics are not advancing climate justice at the speed and scale needed. It was clear from the negotiations how much U.S. national politics influenced the level of ambition by other countries. This reaffirmed the need for the Senate to pass the Build Back Better bill. Our elected leaders need to hear right now that there is strong political willpower for climate justice. Besides organizing and campaigning, this can also happen through bottom-up, grassroots, and local change.

After COP26, Those Concerned for Climate Justice Clearly Still Have Work to Do

All over Glasgow, signs read “the world is looking to you, COP26.” The world’s eyes were on COP26 for an ambitious outcome. I’ll admit I let myself have some naive hope that this time, more leaders would act with ambition for a just and responsible climate future. COP26 proved historic and also insufficient. In the disappointing but perhaps unsurprising aftermath, our eyes need to quickly refocus—on those who are pushing to make changes at every other level.

There is no time for fatalism or dissociation: we still have all the solutions we need; polling is on the side of climate action and political will is building; the ending to this story hasn’t been written; and much is still up to us—especially when we work through collectives, like the Michigan Climate Action Network. We can address the climate crisis and intersecting injustices across sectors and levels of government. And we can build community and create a better world in the process. (Anytime you need a pep up, check out this talk or article by the brilliant Rebecca Solnit.)

What COP26 means for climate justice in Michigan is now up to us. But what I witnessed at COP26 impressed on me that the climate movement will keep going—with even greater resolve.

Nate Rauh-Bieri attended the second week of COP26 as a civil society observer. During COP26, he corresponded for MICAN and wrote for various platforms. He lives in Grand Rapids and is active with the Grand Rapids Climate Coalition.