Bill puts Michigan on track for a cleaner, healthier future

LANSING — State Rep. Yousef Rabhi (D-Ann Arbor) introduced a bill yesterday that would require all of Michigan utilities’ energy to come from renewable sources by 2050. House Bill 6466 would extend the Renewable Portfolio Standard, requiring energy providers to meet a series of intermediate targets between 2019 and 2050. Currently, only 10 percent of the state’s energy must come from renewable sources. 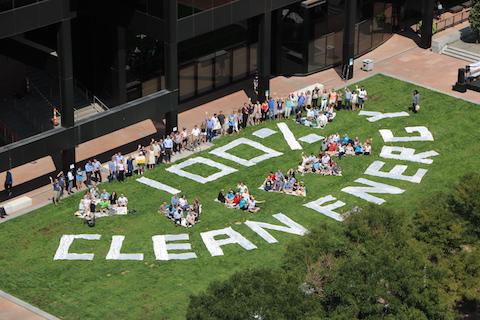 “Strengthening Michigan’s commitment to renewable energy is vital to the health of our citizens and our economy,” Rep. Rabhi said. “As renewable technology becomes increasingly affordable, we have the opportunity to invest in good jobs in our own state, save consumers money, and protect our air and water.”

“On the heels of a major new report finding that, if left unchecked, some of the worst impacts of climate change will hit us sooner than previously believed, it is now more important than ever that we take action to move fully towards renewable energy," said Charlotte Jameson, Energy Policy and Legislative Affairs Director of the Michigan Environmental Council. “Transition to 100 percent clean, renewable energy is achievable and will usher in more economic prosperity for the state while reducing costs for families and protecting public health and the environment.”

Current law calls for utilities to increase renewable energy production to 15 percent by 2021. HB 6466 would raise this standard to 25 percent by 2025, 50 percent by 2032, 75 percent by 2040, and 100 percent by 2050. The United Nations’ Intergovernmental Panel on Climate Change (IPCC) recently released a report warning that ecosystems and human health are in danger without immediate action to limit global warming to 1.5 degrees Celsius.